Home » Business » $50 billion Tiger Global has been on a digital-health funding spree. Here are 15 startups it's backed in the last 5 months.

$50 billion Tiger Global has been on a digital-health funding spree. Here are 15 startups it's backed in the last 5 months.

On March 9, Cedar said the New York-based group led the startup’s $200 million funding round, which raised its overall value to $3.2 billion. A few weeks later on March 29, Tiger Global led Cityblock Health’s extended Series C funding round that raised a total of $192 million.

Over the last five months, Tiger Global has been backing healthcare startups exploring new ways to take on the $3.8 trillion industry. Since November, the asset manager has participated in $2.2 billion worth of digital health funding rounds across 15 different companies, including leading the final private funding round for Oscar Health ahead of its March initial public offering.

As of 2018 Tiger Global has invested in 22 digital health companies, according to Pitchbook data. Of those, 15 have been in the last five months. Tiger Global declined to comment for this story.

Beginning in 2001, Tiger Global has invested billions in both public and private companies, mostly in the tech sector. According to Pitchbook, the firm is currently managing $50 billion in assets across tech, healthcare, and other sectors. It has invested in hundreds of companies across 30 countries.

Here are the last 15 digital health companies Tiger Global has backed since November, from most to least recent funding round.

This article was initially published in March and has been updated after Tiger Global’s investments in Cityblock Health, Komodo Health, Rightway, and Papa. 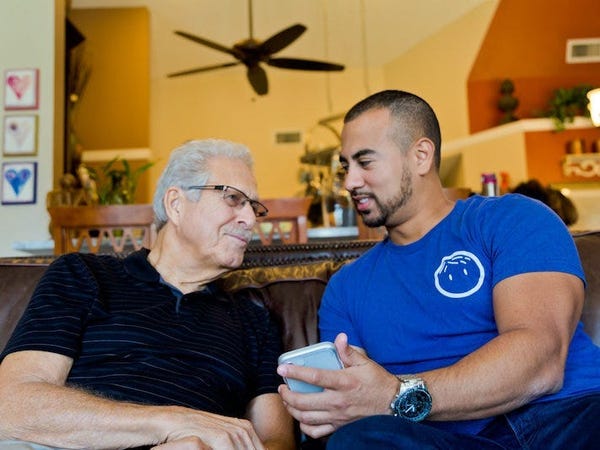 What it does: One of the startups bringing the gig economy into healthcare, Papa offered “on demand grandkids” before the pandemic, pairing independent contractors with lonely older Americans seeking companionship or simple errands.

Since the pandemic, the company’s Pals have mostly provided virtual services or errands outside the home. Papa gets paid by insurance companies that offer Medicare Advantage, the private sector form of the federal insurance for people over 65, as well as Medicaid for low-income patients and employers.

Funding summary: On April 13, Papa said it had raised $60 million in a round led by Tiger Global, bringing its total funding to $91 million. 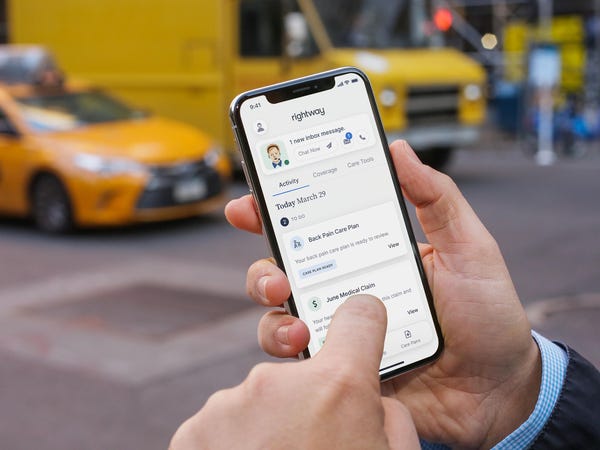 What it does: Founded in 2017, Rightway launched as a platform that can help company’s employees more efficiently find curated, high-quality medical care at lower costs. In the long run, the company says this will decrease an employer’s per-employee healthcare costs. In 2020, Rightway launched an employer-based pharmacy benefits management solution, RightwayRx. The intent is to provide employers with fair and transparent pharmacy benefits, and saves its clients 20% on prescription drug costs each year.

Funding summary: On March 30, the company announced it had raised a $100 million round led by Khosla Ventures, with participation from Tiger Global, Thrive Capital and other pre-existing investors, bringing its valuation to $1.1 billion. 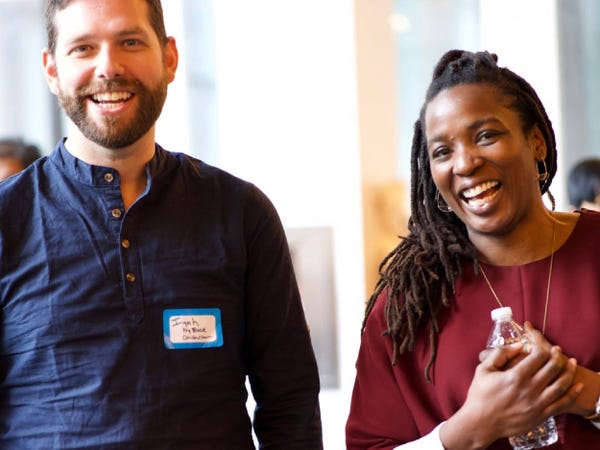 What it does: Cityblock Health is a healthcare startup that works with Medicaid patients and those eligible for certain kinds of federal assistance. It provides medical care and a suite of services typically outside the realm of traditional insurance reimbursement, including food and housing. Founded in 2017 and spun out from Alphabet, it ties its members’ health data together in its Alphabet-backed tech platform, and currently serves 70,000 people across New York, Connecticut, Massachusetts, and DC.

Funding summary: On March 29, the company announced it had raised a $192 million extended Series C round led by Tiger Global, with participation from existing investors like Thrive Capital and Redpoint Ventures. To date, the company said it had raised $500 million in funding. 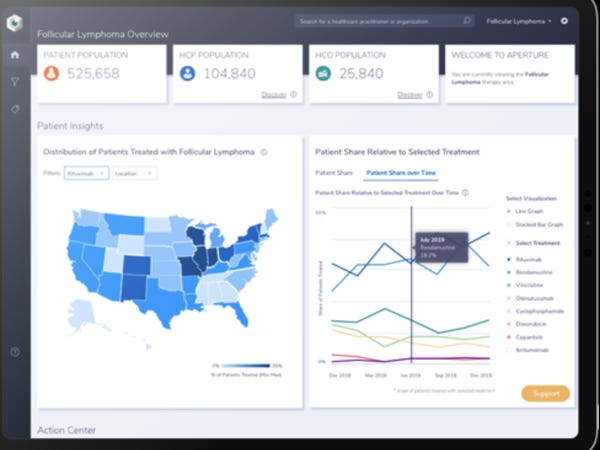 What it does: San Francisco-based Komodo Health is a healthcare data and analytics startup that integrates patient information from pharmaceutical companies, insurers, and providers to identify gaps in care access and quality. Founded in 2014, the company’s mission is to reduce the global burden of disease. Felicis Ventures partner and early investor Sundeep Peechu called it the “anti-unicorn” last year for its sustainable approach to growth relative to the rest of the tech industry.

Funding summary: On March 22, the company announced it had raised a $220 million round led by Tiger Global with participation from Caspin Capital. 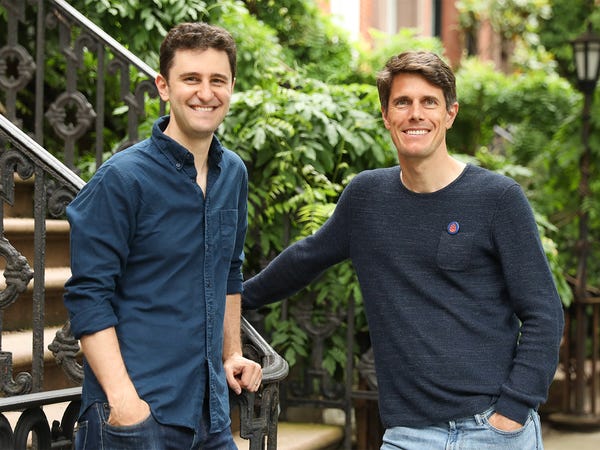 What it does: Cedar is a company that wants to make the process of paying medical bills easier for both patients and hospitals in a single, user-friendly platform. In order to improve debt collection rates and thus increase health system revenues, Cedar wants to consolidate the country’s convoluted medical billing systems and make paying for medical costs a hassle-free experience. 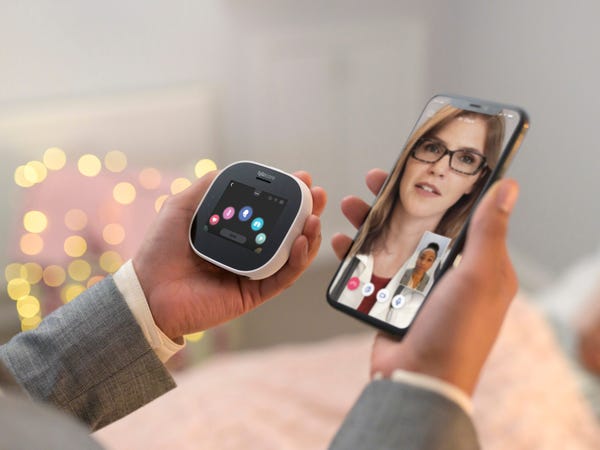 What it does: Via its FDA-cleared consumer medical device designed to work with a physician’s guidance, TytoCare offers an AI-assisted telehealth experience that enables doctors to remotely examine patients. The Israel-based company has also built a telehealth platform to share data, conduct video calls, and schedule visits.

Funding summary: Tiger Global participated in TytoCare’s $50 million financing round on March 4, which was led by previous investor Insight Partners. To date, a company representative said it had raised $155 million. 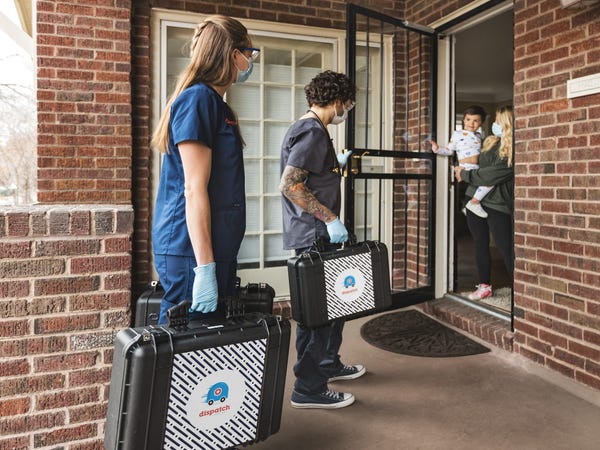 What it does: DispatchHealth is a provider of in-home medical care that launched in 2013. Working with more than 300 health plans, the startup brings a level of medical care typically seen in hospitals into patient’s homes, including on-demand services.

“For the last year with the pandemic, we had everything imaginable delivered to our front door,” CEO Mark Prather told Insider in early March. “So why not healthcare?”

Funding summary: Tiger Global led DispatchHealth’s $200 million financing round on March 3, which also included existing backers Alta Partners, Echo Health Ventures, Humana, Oak HC/FT, and Questa Capital. To date, the company said it had raised $417 million in funding. With the round led by Tiger Global, its valuation rose to $1.7 billion. 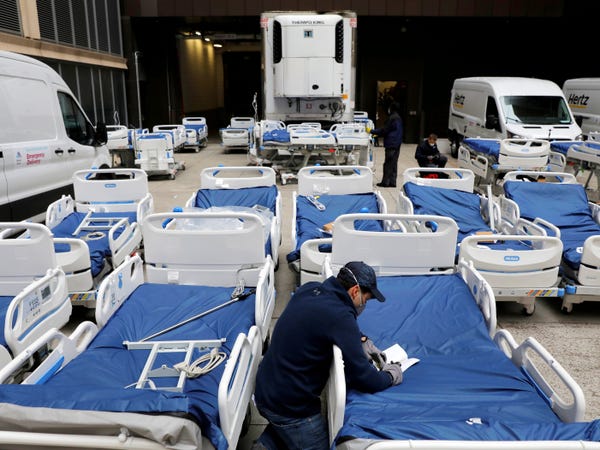 What it does: Innovaccer, a healthcare technology company, is tackling the convoluted way patient medical information is shared among doctors, hospitals, and insurers. Started in 2014, the company’s platform works to create a unified and simplified patient record. In a press release, Innovaccer said it had consolidated records for over 24 million patients, resulting in health providers saving $600 million. 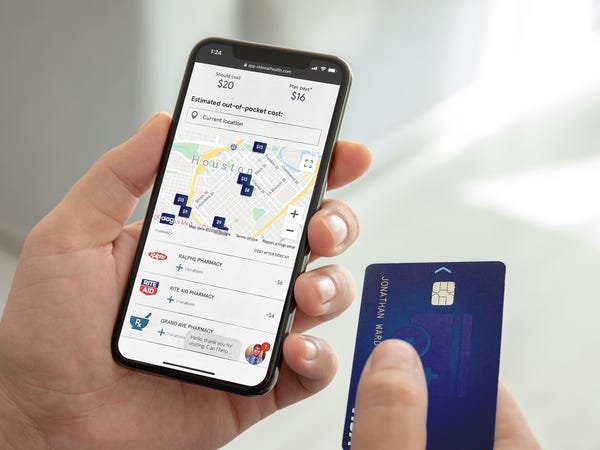 What it does: By partnering with established insurers and Visa, Sidecar Health offers health insurance plans that offer people the ability to pay directly for care through a debit card, often with a large discount compared to traditional insurance. Sidecar members can also price shop among nearby providers in the startup’s mobile app.

Funding summary: Tiger Global participated in Sidecar’s $125 million financing round in late January, which was led by Drive Capital and included existing backers Cathay Innovation and GreatPoint Ventures as well as new investors BOND and Menlo Ventures. To date, the company said it had raised $175 million in funding and reached a valuation of $1 billion. 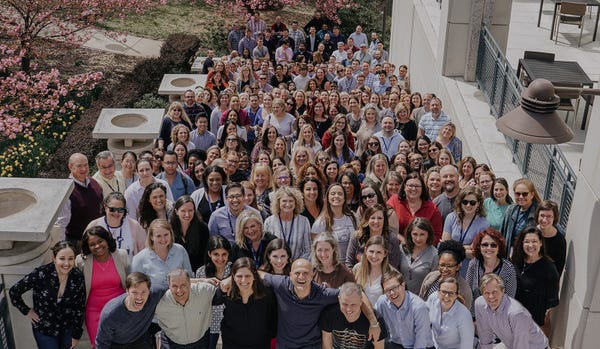 Funding summary: In late January, Tiger Global participated in Aledade’s $100 million financing round led by Meritech Capital, which valued it at $2.1 billion. To date, Aledade confirmed it had raised $306 million in funding. 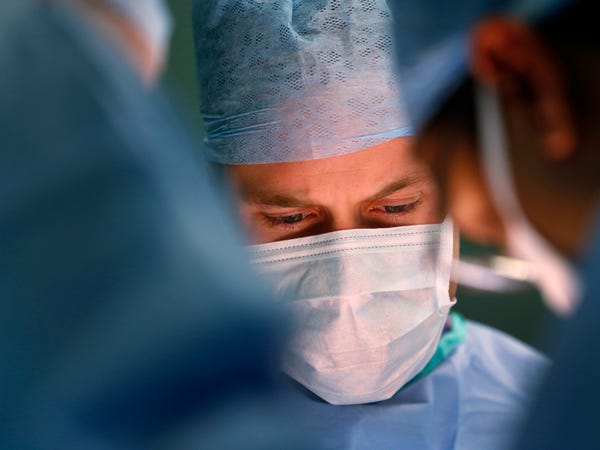 What it does: Carrum Health directly offers employers bundled surgical care services from its machine learning-enabled platform of what it considers high-quality surgical providers. For expensive surgeries like joint replacement and coronary bypass, Carrum Health clients can save up to 50% on healthcare costs.

Funding summary: Tiger Global led Carrum Health’s $40 million financing round in late January, contributing about $30 million, or three-quarters of the round, according to a Carrum Health spokesperson. GreatPoint Ventures, Cross Creek, Wildcat Venture Partners, and SpringRock also participated in funding. To date, Carrum has raised $50 million in funding. 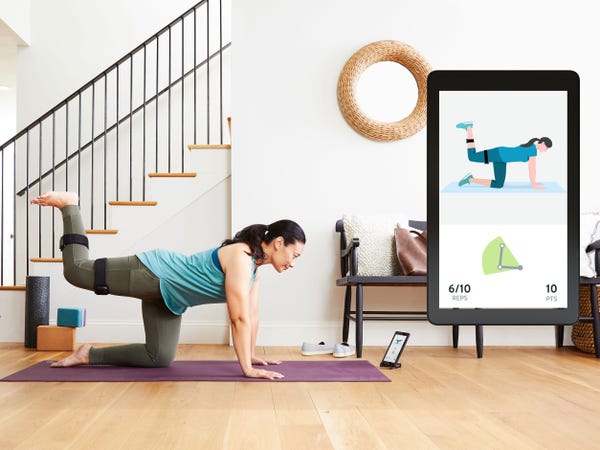 What it does: Geared towards patients suffering from chronic joint and back pain, Hinge Health offers remote physical therapy, wearable tech, and behavioral health through its telehealth platform. Hinge Health sells directly to employers and health plans, reporting it has amassed over 300 customers in a January press release.

Funding summary: Hinge Health’s $300 million funding round in January was co-led by Tiger Global and Coatue Management, with its valuation estimated at $3.1 billion according to Hinge Health. To date, the company said it had raised $426 million. 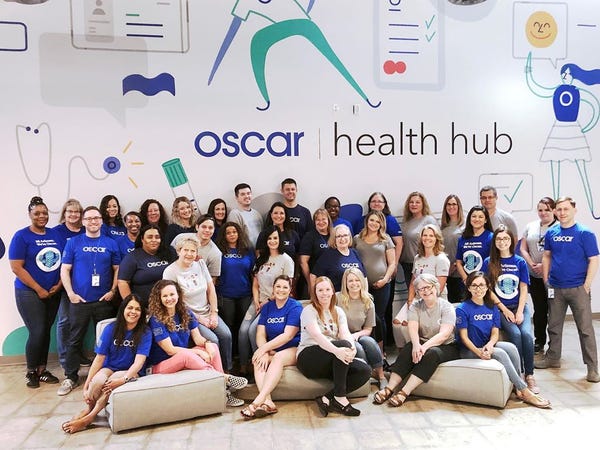 What it does: Founded in 2012, Oscar Health was one of tech industry’s first consumer-driven health insurance startups, with each member having access to an online care team and virtual care. It currently serves over half a million people in 18 states. 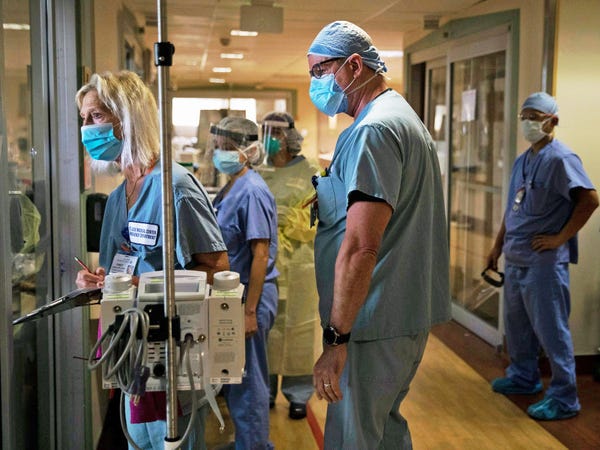 What it does: Through AI-assisted software for hospital and healthcare systems, Olive aims to automate several aspects of hospital management, including debt collection, accounting, and day-to-day clinical and pharmaceutical operations. As of early 2021, it works with over 600 hospitals.

Funding summary: Tiger Global led Olive’s latest $225 million financing in early December, which brought the company’s valuation to $1.5 billion. To date, Olive has secured $448 million since being founded in 2012. 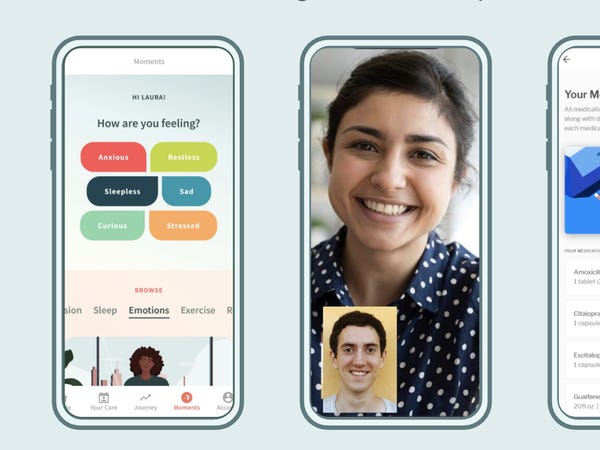 What it does: Selling directly to employers, Spring Health provides what it calls a “single front-door” mental healthcare program for employees. Through it, Spring Health can match employees with a therapist or coach. Spring Health also provides online exercises in mindfulness, medication, and short-term counseling through its platform.