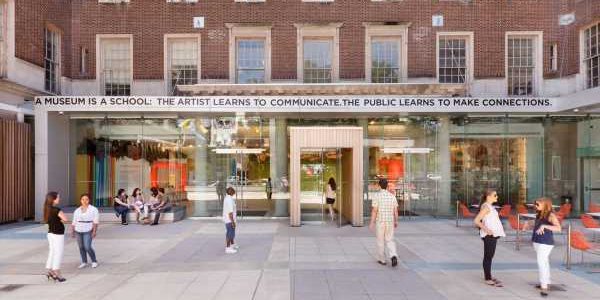 A $4 Million Ford Foundation Gift Is One Museum’s ‘Survival’

Like every other New York institution, the museum, which showcases the art of Latino, Caribbean, and Latin American culture in its location across from Central Park on Fifth Avenue, had shut down operations in mid-March. Itsannual May gala, which normally brings in about $1 million, was canceled, and event rentals for itsnewly restored theater space were out of the question. Its store and cafe were closed.

“Our fiscal year begins in July,” says Patrick Charpenel, the museum’s executive director, “and we were trying to make the right kind of adjustments—to be realistic.”

Those adjustments included shaving its annual budget from about $6 million to $5 million, an action that dramatically reduced the scope of some forthcoming exhibitions, moved others wholly online, and cut planned programming.

A Paycheck Protection Program (PPP) loan of about $500,000 helped stem the bleeding, as did a roughly $600,000 grant from the Mellon Foundation.

Still, “we were getting support, but we were also losing money,” Charpenel explains.

About a month ago, he was approached by a representative from the Ford Foundation, which had just announced a $156 million initiative calledAmerica’s Cultural Treasures, whose contributors include 16 foundations and private donors.

The initiative, launched in late September, is intended to “acknowledge and honor the diversity of artistic expression and excellence in America,” according to a statement, “and provide critical funding to organizations that have made a significant impact on America’s cultural landscape, despite historically limited resources.” (One contributor to the fund is Bloomberg Philanthropies, which was founded by Mike Bloomberg, the majority owner of Bloomberg LP.)

Charpenel tried not to get too excited—”We didn’t know the amount” the museum might receive, he says—but two weeks after providing documentation of El Museo’s finances to the Ford Foundation, he received word that his museum would receive a staggering $4 million. That’s almost 68% of its annual budget.

The massive injection of funds into El Museo, which isn’t richly endowed, unlike many New York peers, comes at a time when “the pandemic and economic crisis has put cultural organizations at risk like never before,” saysLane Harwell, an arts program officer at the Ford Foundation. “Organizations are losing earned revenue because their operations are shut down, and they’re losing contributed revenue because funding is unpredictable and donors are less engaged.”

The Ford Foundation was particularly compelled by El Museo’s plight, he says, because “El Museo is helping to create the next generation of museum-goers, while satisfying the growing interest in Latinx, Caribbean, and Latin American art among a broad national and international audience.”

The funds can be taken as a lump sum or disbursed over four years.

Charpenel says he’ll spread the payments out. “It’s not just about the urgent need of money,” he says, “but also our long-term stability.”

The funds, he continues, will go to “what was originally programmed,” which would otherwise have been cut or reduced.

“It’s exciting,” Charpenel says. “I hope this is the beginning of a change in the way that foundations and corporations support art and culture in the U.S.”