Providence, a West Coast health system with 51 hospitals, is spinning off its third company, DexCare.

DexCare, which was incubated through Providence’s digital innovation group, has raised $20 million from investors including Define Ventures, which led the round, Kaiser Permanente Ventures, and Providence Ventures, the health system’s venture arm.

Providence started working on the idea with Walgreens in 2016, since it needed a way to better handle scheduling in those retail clinics. DexCare uses algorithms essentially to match patients with the most relevant care based on their search terms and the health system’s real-time resources.

If someone Googles “urgent care near me,” as one example, and clicks on the health system’s website, she might see options to make appointments at locations without long lines. Or if she’s just looking for a basic appointment, she might see an “on-demand” option for a video visit.

Providence also launched Xealth, which lets clinicians prescribe digital health apps the same way they would medication, in 2017. It sold Circle, a women’s health technology company, to WildFlower Health the year prior.

The spinoff strategy is a part of Providence’s broader effort to stay relevant while big tech companies and other disruptors move into healthcare at a rapid clip. It’s also an effort to better serve patients with 21st century technology as opposed to long waiting lines and appointments that don’t solve their problems, Aaron Martin, Providence’s chief digital officer, told Insider.

That’s why Martin, a former Amazon executive and the architect behind much of the health system’s innovation efforts, was brought to Providence in the first place in 2014. His job was to make Providence “self-disrupt” as opposed to getting left behind.

“If you aren’t running at full speed always, you’re in danger of getting lapped in tech,” Martin said. “Everyday we’re thinking about what we can do to better serve our patients.”

DexCare already has six customers counting Providence, and proved its worth during the peak of coronavirus outbreaks, when the program was growing to enable 3,000% more video visits day-over-day across its clients, Martin said. For Providence, 30% of those users were new patients to the system.

Providence spent $30 million on DexCare over a five-year period.

Spinning something off is as much a sign of success for DexCare as it is the financial reality of being a health system. Providence can’t endlessly fund projects, whereas turning them into companies helps pay back the investment and fund them over the long-term. It has significant ownership in DexCare, Martin said, declining to give specifics.

With the funds to grow faster, DexCare can fill a hole in the market that the last year has created, Derek Streat, its CEO, said. As health systems have stood up online appointments, chat bots, and texting, or else hired third party vendors to do it for them, now they’re stuck figuring out how to make it all work cohesively, he said.

“Neither one of those scenarios work well for the health system,” he told Insider. “We’re helping them actually make this stuff work.” 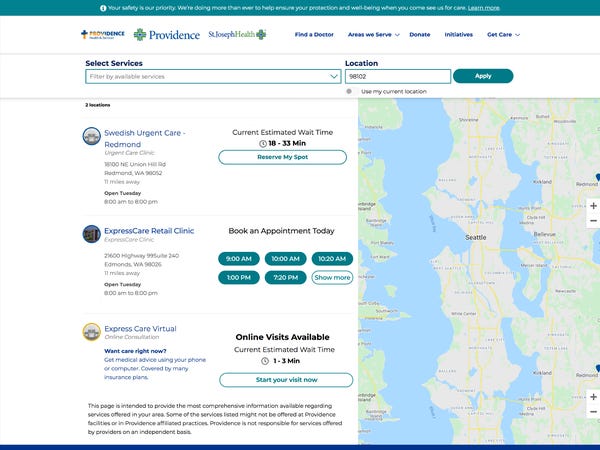 Providence saw tech giants coming from a mile away

Martin started talking to Providence CEO Rod Hochman and Mike Butler, its former president, in the summer of 2013. They wanted him to make Providence Amazon-proof.

The writing was on the wall at the time. Google and Microsoft were standing up health records services. Apple was finding ways to connect patients with health systems’ data. But big tech companies were staying away from the business of actually providing medical care, and startups like Doctor on Demand that do virtual visits were just getting off the ground.

“They were thinking literally ten years ahead,” Martin told Insider.

Martin tested Hochman and Butler’s commitment to what would be an expensive and intense effort to digitally transform aspects of the health system befores singing on. In true Amazon style, he described all the projects he would spearhead with a six-pager, the tech giant’s famous alternative to slideshows.

In it, Martin asked to set up a venture fund and a software development and product team to solve problems the system didn’t have solutions for yet. Hochman didn’t blink, Martin said.

Martin joined in 2014, and set up an innovation program, research efforts, clinical working groups, and his must-have venture wing, Providence Ventures, which now has 23 companies in the portfolio counting the recent addition of DexCare, he said.

In 2015, he hired Jeff Stolte, Providence Venture’s first employee, and in 2017 he brought on Sara Vaezy, who figured out how all the groups would work together to improve the health system. 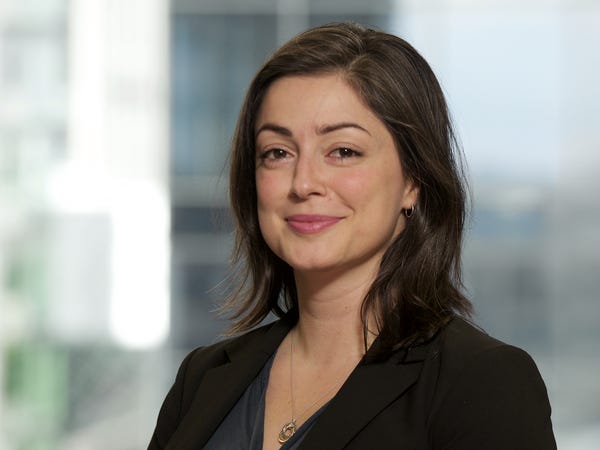 Health plans are increasingly becoming providers, giving them more control over the cost of care, like how UnitedHealthcare works with Optum Care, a doctors’ group, she said.

Then there’s the “disruptive forces” like the big tech companies or telehealth providers like Teladoc, which, over the long run, could also create downward pressure on price, she said.

Indirectly, they’re also reinforcing a notion that patients just aren’t going to accept the fragmented and confusing healthcare experiences that they have in the past, Vaezy said.

Amazon, as another example, just announced that it’s rolling out a primary care service around the US. It touts availability 24 hours per day, seven days per week, and the ability to message with physicians or have nurses deployed to your home in some cities. 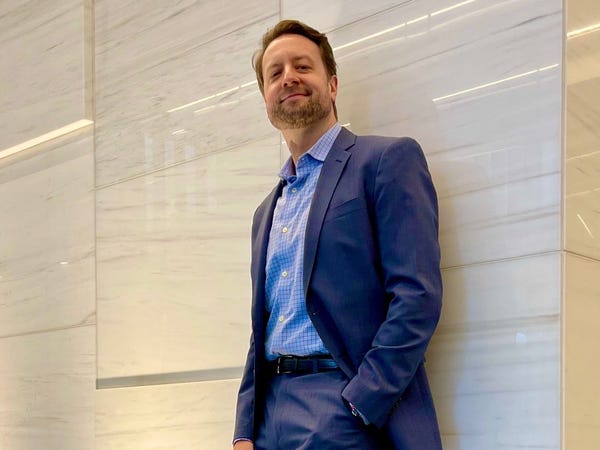 That challenge — improving relationships with patients overtime — is why DexCare was one of the first things Martin’s innovation group talked about creating, he said.

One of their overarching goals through digital technology is to create more lasting relationships with patients, as opposed to seeing them just over twice per year, Providence’s average, Martin said.

DexCare makes that easier as patients are given the care they need more conveniently, and the information from their appointments is all stored in their electronic medical record, Martin said. Patients’ primary care physicians can see if they do an online appointment for headaches.

It’s the same logic that has you going back to Amazon time over: it gets you what you need when you need it.