Home » Business » A year after Parkland shootings, the clamor for new gun restrictions has abated 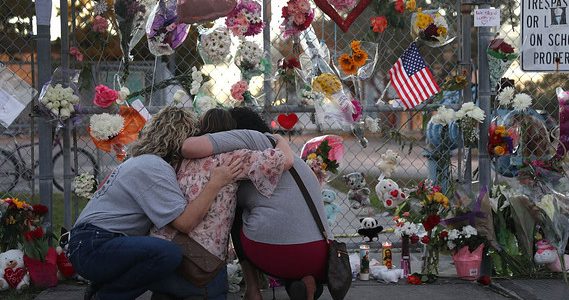 A year after Parkland shootings, the clamor for new gun restrictions has abated

It’s been a year since 17 people were killed at Marjory Stoneman Douglas High School in Parkland, Fla., and while the memories of the shootings are still fresh for so many, the urgency for new U.S. gun restrictions has dropped dramatically since then, according to a new NPR/PBS/Marist poll.

This even after another 1,200 children reportedly lost their lives to gun violence in the year since.

Yet here we are. In the immediate aftermath of the Parkland tragedy, 71% of Americans said that existing laws covering the sale of firearms should be stricter. But as you can see by the chart below, the percentage has now dropped down to 51%. 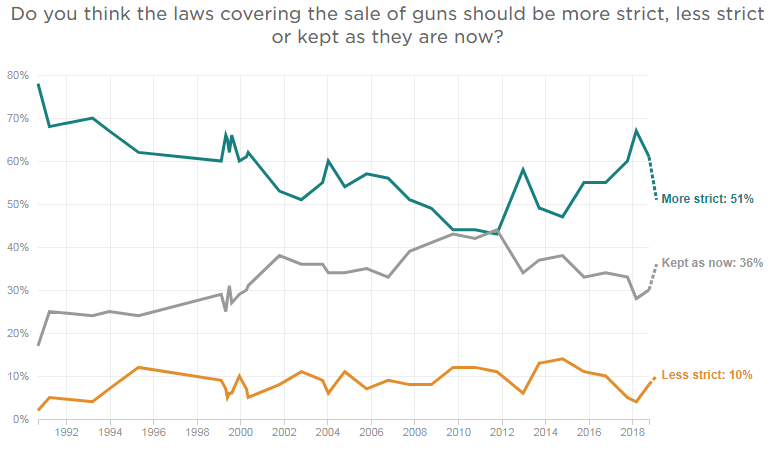 This despite 53% of Americans in the same poll expressing fear that a mass shooting could happen at their school or in their community.

Furthermore, when asked if stricter gun laws should be a pressing priority for Congress, 42% answered yes.

“Not surprisingly, the results show that the outcry against gun violence has lessened from what it was immediately following the shooting at Parkland,” Marist College’s Lee Miringoff explained. “Yet, there is a strong consensus that gun violence is a serious problem and action needs to be taken.”

NPR pointed out that there’s a notable partisan divide, with Republicans less likely than Democrats to support gun restrictions — 80% of Democrats think gun laws need to be stricter, while 59% of Republicans think they need to stay the same.

There’s also a big divide in terms of race.

A year after Parkland school shooting, should we be arming teachers already?

A rift at Facebook after exec attends Kavanaugh hearing