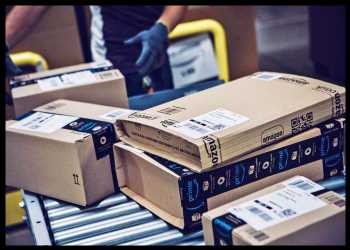 Amazon.com, Inc. is planning to create more than 1,000 new, full-time jobs at its first fulfillment center in the state of Iowa that will open in late 2020. The new 645,000 square feet-facility will be in the city of Bondurant.

At the new fulfillment center, employees will work alongside Amazon robotics to pick, pack and ship small items to customers such as books, electronics and toys, earning Amazon’s $15 minimum wage and industry-leading benefits.

In addition to Amazon’s minimum wage of $15, full-time employees will receive full medical, vision, and dental insurance as well as a 401(k) with 50 percent match, the company said.

Amazon is also offering employees up to 20 weeks of maternal and parental paid leave as well as other benefits such as Leave Share and Ramp Back, which will all particularly provide flexibility to new parents.

Amazon has pledged to invest over $700 million to provide upskilling training for 100,000 U.S. employees for in-demand jobs.

In late December last year, Amazon had announced plans to open a fulfillment center in Deltona, Florida, creating more than 500 new, full-time jobs with pay of $15 an hour along with other benefits. Amazon had said then it has created more than 13,500 full-time jobs in Florida since first launching fulfillment operations in the Sunshine State in 2013.

Currently, Amazon operates fulfillment centers in Orlando, Miami, Tampa, and Jacksonville in the state of Florida.