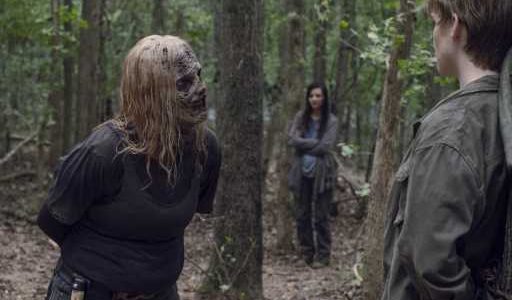 AMC Networks has filed a complaint with the Federal Communications Commission accusing AT&T of penalizing the The Walking Dead broadcaster in favor of its own competing channels like HBO and TNT by insisting on “discriminatory” terms to renew its affiliation agreement.

In the heavily redacted filing for public inspection directed to the Chief of the FCC’s Media Bureau, AMC claims that AT&T’s “onerous and stifling terms and restrictions” are an abuse of the vertically-integrated market power gained in the 2018 acquisition of Time Warner and that AT&T is taking advantage of one of the nation’s few remaining independent programmers.

AT&T, the complaint says, does not impose the same terms on its own networks and is disregarding communications law and a commitment it made in the Time Warner merger to keep a level playing field.

That deal combined AT&T, the nation’s second largest MVPD after Comcast, and Time Warner, which operates networks including TNT, TBS, CNN, and HBO.

The terms in question were redacted but AMC indicated that they include an attempt to bar AMC from some online distribution. “While MVPDs commonly ask programmers to refrain from making popular content available on the Internet for free, they do not seek to bar programmers from being part of online services,” the complaint said.

“AMCN thus brings this program carriage complaint to seek relief from AT&T’s discriminatory conduct that violates Section 616 of the Communications Act of 1934, as amended, and the Commission’s program carriage rules. The Commission should order AT&T to carry AMC and AMC+ (along with AMCN’s other programming networks) on fair, reasonable and nondiscriminatory rates, terms and conditions,” the complaint said.

Popular AMC shows include Mad Men, Breaking Bad, Into the Badlands, Killing Eve and Better Call Saul. AMC asked that the Commission use its regulatory powers – in this case, the program carriage rules – “to address AT&T’s discriminatory and anticompetitive use of the disproportionate bargaining power that it now has as a result of the AT&T-Time Warner merger to unlawfully disadvantage a programming competitor.”

AMC noted the uphill battle independents face in today’s market as solo operators with limited funds as the cost of content rises.