Home » Business » Amid coronavirus changes, some millennials and Gen Z stumble into saving 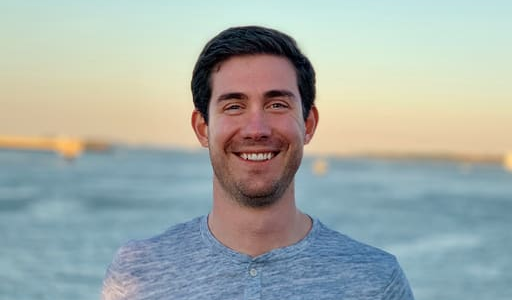 Amid coronavirus changes, some millennials and Gen Z stumble into saving

Millions of Americans are experiencing financial hardship caused by the pandemic, but coronavirus has turned some of the youngest workers into unexpected savers. By forcing people to change their behavior in an attempt to slow the spread of the virus, Covid-19 has in turn led to a change in lifestyle, spending and saving habits for many.

Gen Z has been hit hard by the pandemic. Many are still not old enough to vote, yet half of the oldest Gen Zers (18 to 23) reported they or someone in their household had lost a job or taken a pay cut because of coronavirus. Some have been forced to move home because they could no longer afford to support themselves, while others have moved to be closer to family.

According to Wells Fargo's 2020 Annual Retirement Study, 17% of Gen Zers changed their living situation since the onset of the pandemic. In 2018, about 25 million Americans ages 18 to 34 were already living at home, per a Pew analysis of data from the Census Bureau.

A study from Northwestern Mutual found that the savings rate among American adults has risen. The savings rate — the portion of monthly income that households are savings — reached a record 33.7% in April. Since reaching that high, the rate has hovered around 20% in the following months. Prior to the pandemic, the savings rate was at 7.5%, according to the U.S. Bureau of Economic Analysis.

Stefanie Lewis, regional wealth planning manager for Wells Fargo Private Bank, says there has been an increased savings rate among millennials and Gen Z. "Over 16% of Gen Z and 18% of millennials started saving more for retirement since the pandemic," she noted.

Lewis said clients have reported paying off credit debt and one client was even able to pay off all of their student loans.

However, data from the Wells Fargo study shows that almost an equal number of Gen Zers and millennials have deferred saving for retirement, with 15% of Gen Z and 8% of millennials pausing contributions.

More from Invest in You:
No shame: Moving home during pandemic gives Gen Z an opportunity to financially reset and save
Gen Z grew up with climate change. Now it's affecting their career choices
The ultimate retirement planning guide for 2020

Lewis said that behavioral shifts have allowed some of the more fortunate members of these younger generations to save more and be happier.

"Simple things like cooking at home and not eating out have changed people's values. It's not a mountain-moving concept that cooking for yourself can save you money, but people have been forced too and are happier for it," she said.

Brennan Hickey, a 30-year old living in Scottsdale, Arizona, said his savings has grow over the past eight months. Still employed with an event marketing software company, Hickey — who has always been a saver — says he's increased his 401(k) and Roth IRA contributions. "I stopped buying random stuff and generally stopped eating out. My commute vanished so I drive less too," he said.

Money that was set aside for vacations and weddings was suddenly freed up when the virus made travel unsafe. Hickey's car lease also ended and because he rents his apartment he hasn't splurged on any remodeling or decorating.

An avid trail runner, Hickey did say his spending on outdoor recreation has increased. He also says his values changed a little, noting, "I'd say I'm comfortable with what I have, less materialistic. I'd rather spend money on experiences and less on something new and tangible."

Robert Scanlon a 23-year from Raleigh, North Carolina, says he's saving with a purpose now. "I'm building my safety net. Who knows what's next. I'm also paying down the principal on my student loans," he said.

Scanlon, who used to travel to the local movie theater once every week, now says the money that used to go to ticket stubs now goes to his 401(k). And like Hickey, he has all but stopped eating out. "Instead of grabbing a coffee from Starbucks on my way to work, I brew my own at home now. It's better too."

Lewis has called this a golden opportunity to build savings. For those unsure where to put their new savings, she has several suggestions. First, she recommends meeting your employer's 401(k) match if you can. If your employer does not offer one, she suggests looking at other retirement accounts, like a Roth IRA.

You don't want to keep your savings in a shoebox, Lewis said, and noted that some people are becoming less risk-averse in these uncertain times. She recommended investing in a money market fund or certificates of deposit.

SIGN UP: Money 101 is an 8-week learning course to financial freedom, delivered weekly to your inbox.

CHECK OUT: This is the easiest way to grow wealth, says author who studied 177 self-made millionaires via Grow with Acorns+CNBC.

Disclosure: NBCUniversal and Comcast Ventures are investors in Acorns.