The police killings of Adam Toledo and Anthony Alvarez in Chicago are drawing attention to the city’s deadly record of police foot pursuits.

Toledo, 13, and Alvarez, 22, were fatally shot by police within two days of each other at the end of March, after being chased by officers on foot.

Their deaths came four years after the Department of Justice published an investigation on the Chicago Police Department, which was sparked by the 2014 killing of the Black teenager Laquan McDonald, who was shot in the back as he walked away from a Chicago police officer.

The DOJ investigation found that too often, Chicago police foot pursuits led to unnecessary death, and called on the department to come up with a new foot pursuit policy. The Chicago Tribune in 2016 reported that between 2010 and 2015, one in three police shootings started as foot pursuits. 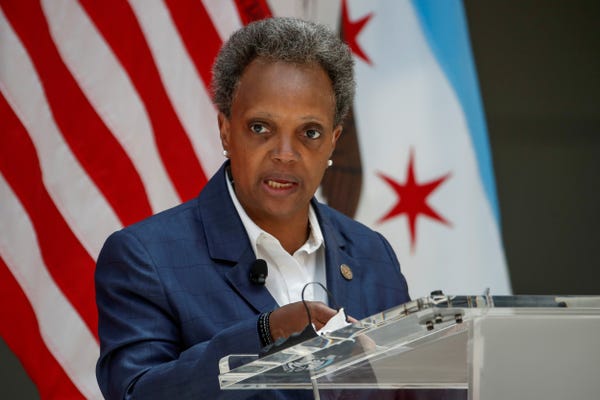 A federal judge in 2019 ordered the department to undertake dozens of reforms pegged to the DOJ investigation’s findings, and the Chicago PD is currently in the process of instituting a new foot-chase policy.

More and more police departments across the country have been instituting foot-chase policies in recent years, training officers about the inherent risks such pursuits pose, saying to only initiate them while targeting serious crimes.

Following the deaths of Toledo and Alvarez, Mayor Lori Lightfoot of Chicago bumped up the deadline on the new policy, saying it needs to be in place before summer begins, as opposed to the original deadline of September, according to the Associated Press.

Chicago Police Superintendent David Brown said Wednesday that a draft of a new foot-chase policy is already being circulated internally to get officer feedback, and expects it to be approved in “the next few weeks,” according to CBS Chicago.

Brown said the next step is for the policy to be sent to the independent monitor overseeing the department’s reforms, and then the public gets to give feedback.