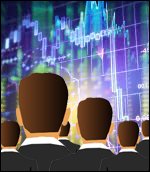 Asian stock markets are in negative territory on Wednesday and U.S. stock futures declined, while the safe-haven strengthened amid escalating trade tensions between the world’s two largest economies after the U.S. said it is considering imposing 10 percent tariffs on an additional $200 billion worth of Chinese imports. Crude oil prices slipped in Asian trades after rising overnight.

The Australian market is declining despite the positive cues from Wall Street, amid renewed trade war concerns. In addition, weak commodity prices weighed on resources stocks.

The major miners are weak after copper and zinc prices fell overnight. BHP Billiton is losing more than 1 percent, Rio Tinto is down almost 2 percent and Fortescue Metals is lower by 0.3 percent.

Gold miners are also weak after a fall in gold prices. Evolution Mining is lower by more than 1 percent and Newcrest Mining is losing almost 1 percent.

In the banking space, ANZ Banking, Westpac, National Australia Bank and Commonwealth Bank are down in a range of 0.8 percent to 1.2 percent.

Oil stocks are mostly lower even as crude oil prices rose slightly overnight. Oil Search is down 0.4 percent and Santos is declining 0.5 percent, while Woodside Petroleum is adding 0.2 percent.

Theme park and cinema operator Village Roadshow has requested a second two-day trading halt to enable completion of the institutional component of its $51 million capital raising.

In economic news, the latest survey from Westpac Bank showed that consumer confidence in Australia bounced higher in July. The bank’s index surged 3.9 percent this month to a score of 106.1. That follows the 0.3 percent gain in June to a reading of 102.1.
Australia will also see May figures for home loans today.

In the currency market, the Australian dollar is lower against the U.S. dollar on Wednesday. The local currency was quoted at US$0.7459, down from US$0.7464 on Tuesday.

The Japanese market is notably lower and the safe-haven yen strengthened amid an escalating trade war after the U.S. said it would impose 10 percent tariffs on an additional $200 billion worth of Chinese imports.

The major exporters are lower as the yen strengthened. Mitsubishi Electric is lower by almost 3 percent and Canon is losing more than 1 percent. Sony and Panasonic are declining almost 1 percent each.

Among oil stocks, Inpex is down almost 1 percent and Japan Petroleum Exploration is losing more than 1 percent.

Among the market’s best performers, oil refiner Showa Shell Sekiyu is rising more than 3 percent after the company and peer Idemitsu Kosan said Tuesday that they have agreed to merge via a share swap on April 1. Shares of Idemitsu Kosan are gaining more than 5 percent.

On the flip side, Eisai Co. is losing more than 7 percent, while Recruit Holdings and JTEKT Corp. are down more than 5 percent each. NSK is lower by almost 5 percent.

In economic news, the Cabinet Office said that core machine orders in Japan fell 3.7 percent on month in May, coming in at 907.9 billion yen. Nevertheless, the headline figure beat expectations for a decline of 4.9 percent following the 10.1 percent spike in April.

The Bank of Japan said that producer prices in Japan were up 0.2 percent on month in June, in line with expectations and down from 0.6 percent in May.

In the currency market, the U.S. dollar is trading in the upper 110 yen-range on Wednesday.

Elsewhere in Asia, Shanghai, Hong Kong and Singapore are all down more than 1 percent each. South Korea, New Zealand, Indonesia, Malaysia and Taiwan are also in negative territory.

On Wall Street, stocks closed higher on Tuesday as optimism about the upcoming earnings season overshadowed recent trade concerns. Another light day on the U.S. economic front kept some traders on the sidelines, with closely watched reports on producer and consumer price inflation due to be released in the coming days.

The major European markets also moved to the upside on Tuesday. While the U.K.’s FTSE 100 Index inched up by 0.1 percent, the German DAX Index and the French CAC 40 Index climbed by 0.5 percent and 0.7 percent, respectively.