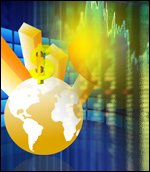 Chinese exports climbed 11.3 percent year-over-year in dollar terms in June, faster than the expected increase of 9.5 percent. Imports advanced 14.1 percent from a year ago, well below economists’ forecast for a growth of 21.3 percent.

The Chinese trade surplus totaled $41.61 billion in the month versus the expected surplus of $27.72 billion.

“There will be challenges facing foreign trade with rising instabilities and uncertainties in the global environment,” said a Chinese customs agency report.

Japanese shares rallied to post their best weekly gain since March as the dollar hit a fresh six-month high against the yen and heavyweight Fast Retailing posted record third quarter profits on the back of brisk sales at its overseas Uniqlo stores.

Policymakers said they would judge carefully whether it is necessary to adjust accommodative monetary policy stance further, while closely checking future economic growth and inflation trend.

New Zealand’s benchmark S&P/NZX-50 index rose 38.72 points or 0.4 percent to
9,024.19 as trade tensions eased and a survey showed the manufacturing sector in New Zealand continued to expand in June, albeit at a slower pace.

The Taiwan Weighted jumped 1.1 percent, while benchmark indexes in India and Indonesia were up around 0.3 percent each.

The Dow and the S&P 500 rose about 0.9 percent while the tech-heavy Nasdaq Composite climbed 1.4 percent to reach a fresh record closing high.