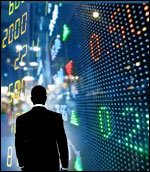 Asian stocks rose for the third straight day on Tuesday as higher oil prices and optimism about the upcoming corporate earnings season helped investors brush aside trade and Brexit-related concerns.

China’s Shanghai Composite index rose 12.33 points or 0.4 percent to 2,827.44 after official data showed consumer prices in China grew an annual 1.9 percent in June, matching expectations and up from 1.8 percent in May.

The producer prices index jumped an annual 4.7 percent versus expectations for 4.5 percent and up from 4.1 percent a month earlier. Hong Hong’s Hang Seng Index gave up early gains to finish marginally lower.

Japanese shares extended gains from the previous session, with overnight gains on Wall Street and a weaker yen boosting sentiment. The Nikkei 225 Index rose 144.71 points or 0.7 percent to close at 22,196.89. The broader Topix index closed 0.3 percent higher at 1,716.13.

Oil refiner Idemitsu Kosan soared 12.6 percent and Showa Sekiyu jumped 9.7 percent after they agreed to merge in April next year via a share swap.

Yahoo Japan surged up 11.4 percent after SoftBank Group announced it would raise its stake in the company through a $2 billion, three-way deal.

Nissan Motor rallied 3.8 percent. The automaker admitted that it has uncovered falsified data from car exhaust emissions tests at most of its Japanese factories.

Village Roadshow shares entered a trading halt after the theme park and cinema operator announced a A$51 million capital raising and also said it will write down the value of its Gold Coast theme parks by A$95 million.

In economic news, business confidence in Australia was unchanged in June, the latest survey from National Australian Bank revealed with an index score of +6, unchanged from the May reading.

Benchmark indexes in India, Indonesia, Malaysia, Singapore and Taiwan were up between 0.3 percent and 1 percent.

U.S. stocks rose for a third straight session on Monday as economic optimism helped investors brush aside trade war worries. The Dow rallied 1.3 percent, while the S&P 500 and the tech-heavy Nasdaq Composite rose around 0.9 percent each.