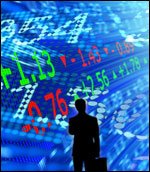 Asian stocks recovered from an early sell-off to end mixed on Tuesday amid rising U.S.-China trade tensions after the U.S. moved to block China Mobile from entering its telecommunications market on national security grounds.

Chinese stocks reversed steep losses to finish on a positive note and the yuan pared losses after sliding through 6.7 per dollar on expectations of intervention from policymakers to halt a rout.

Japanese shares closed near three-month lows as the July 6th deadline looms for the Trump Administration’s planned imposition of tariffs. The Nikkei 225 Index fell more than 1 percent at one point before recouping most losses to end the session down 26.39 points or 0.1 percent at 21,785.54.

The broader Topix Index dipped 0.2 percent to close at 1,692.80. Non-ferrous metal companies and shipping firms were among the worst hit on persistent worries about the growing threat of a global trade war.

Australian stocks rose notably after the country’s central bank left its key interest rate unchanged at a record low, as widely expected, saying its stance remains consistent with sustainable growth in the economy and achieving the inflation target over time.

The big banks rose 1-2 percent. Woodside Petroleum and Santos rose about 1 percent as oil prices climbed in Asian trading after Libya declared force majeure on significant amounts of its supply.

On the other hand, miners BHP Billiton, South32 and Rio Tinto lost 2-3 percent after commodity prices fell overnight on a firmer dollar.

Seoul stocks closed marginally higher, led by gains in chipmakers such as Samsung Electronics and SK Hynix, which ended up 1.3 percent and 2.9 percent, respectively.

The corresponding index climbed an annual 1.5 percent, the same rate of increase as in May. Economists had expected the inflation to accelerate to 1.7 percent.

Indonesia’s Jakarta Composite index was losing as much as 1.7 percent, Malaysia’s KLSE Composite was down 0.2 percent, the Taiwan Weighted dropped 0.6 percent and Singapore’s Straits Times index was marginally lower while India’s Sensex was rising 0.2 percent.