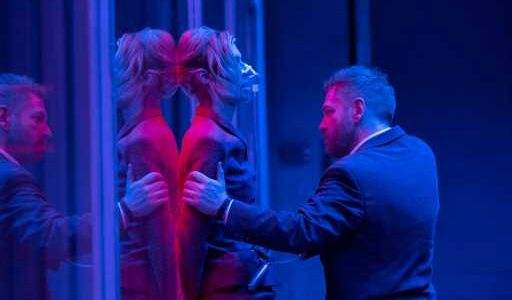 AT&T CFO John Stephens saw Tenet in a theater, as did a large swath of the U.S. and the world over the past couple of weeks.

Elaborating on the experience Wednesday at the Bank of America Securities 2020 Media, Communications & Entertainment Conference, Stephens said he “couldn’t even imagine being able to see that and enjoy it the same way at home.”

The theatrical run of Tenet, which has yielded $150 million in global box office, shows that Warner Bros and its parent company “still have a commitment to those theater owners and we’ll continue to work with them,” Stephens said.

Nevertheless, particularly during COVID-19, the marketplace has more release patterns than ever. Scoob, the exec noted, skipped theaters and was released via PVOD. “We understand that the distribution model is going to evolve and it’s going to change.”

Stephens, interestingly, was not asked for a progress report on slow-out-of-the-gate streaming service HBO Max during the 40-minute session. But he did cover other hot topics like the latest restructuring at WarnerMedia, the resumption of production, the state of live sports programming, and reports that AT&T is looking to unload its ad-tech unit Xandr.

Production “is up and running in many parts of our infrastructure,” especially outside the U.S., Stephens said. “We’ll see production ramp up. I can’t give you a specific prediction about when we’ll be at 80% or 100% because there’s still some uncertainty with regard to government stay-at-home orders or business shutdown orders. We’re always focused on making sure cast and crew and personnel are staying safe.”

The significant disruption of sports has hit WarnerMedia and its Turner unit particularly hard. The NCAA men’s basketball tournament in March was canceled, erasing significant revenue. NBA games have returned to TNT since July, but games have been played at unusual times in a compressed schedule.

Stephens said the unusual contour of the NBA season, which normally ends in June but this year will go through October, means expenses will be incurred in the third quarter. Advertising revenue, though, also is shifting later in the year. The final P&L on sports, he said, will depend on viewership. NBA ratings have continued to show softness over the summer, continuing the overall trend in recent years.

Pay-TV subscriptions for Turner, which have been dropping steadily as viewers play the field and cut and shave the cord, still make a meaningful contribution to financial results. The company is “not chasing every customer” in its marketing efforts, Stephens said, but instead goes after “quality” ones and is looking to increase bundled offerings with AT&T wireless packages.

WarnerMedia’s reorganization last month under CEO Jason Kilar represents a move to “streamline the operation to keep more focused on content development and direct-to-consumer process,” Stephens said. He called it a “normal part of the process as you lay out this plan to become a DTC provider, a storyteller, provider of entertainment wherever our customers want to consume and enjoy it.”

Xandr, which was formed in 2018 after the acquisition of ad-tech assets, has struggled to gain traction in a digital marketplace dominated by Google and Facebook. AT&T has a “long-term commitment” to the strategy of using data to improve advertising efficiency, “and we’ll stay with it.” Shifting it into WarnerMedia “just made sense.” As to reports that Xandr is marked for sale, Stephens called them “speculative” and said he has “no comment. We’ll stick with that.”