We can fill a book full of troubling adjectives to describe the Democratic People’s Republic of Korea, better known as North Korea, and all of the times they have needless raised international tensions to the point that many analysts worried about the possible resumption of the Korean War — a conflict that almost certainly would go nuclear.

Whatever the case, we rarely talk about the times when US policy toward the DPRK adds unneeded kindling to an already smoldering situation, when policymakers in Washington and even our own chief executive make a rhetorical or tactical mistake that makes a bad situation on the Korean Peninsula even worse.

So when President Joe Biden seemed to laugh off North Korea’s latest missile tests over the weekend, missing a chance at more needed diplomacy, the stage was set for what Pyongyang always seems to do best: match pressure or perceived loss of face by a show of strength, or its own style of maximum pressure.

And this is just the beginning. We should expect more back and forth tension-creating events coming from both sides in the months ahead. 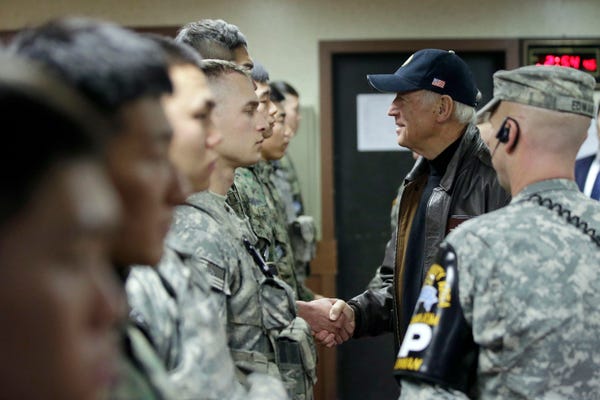 First up is the Biden administration’s North Korea policy review findings, which will set the direction for Korean Peninsula strategy for years to come. Having failed to learn from the Trump years that there is a possibility of talking with the Kim regime, Team Biden seems to have all but determined to apply more pressure and double down on sanctions that have so many holes in them one could drive a truck through them.

Washington also seems set to want to try and make China somehow responsible for sanctions enforcement, and is already trying a shaming strategy to get them to punish Pyongyang for its nuclear and missile advances. Clearly this is something Beijing won’t do, as it will never allow North Korea to become destabilized in any way — and that is what it would take for the Kim family to come to the bargaining table on its knees.

Sadly it seems we are set to replay what every administration has tried to do for nearly three decades now, apply some sort of new pressure strategy to get North Korea to give up the only weapon it has to fend off its greatest fear, a future US military campaign that seeks to change the regime in Pyongyang.

Considering the billions of dollars invested and likely hundreds of thousands of North Koreans that have died due to a lack of investment in the most basic of societal needs because of its nuclear quest, there is no magic formula to get them to denuclearize. 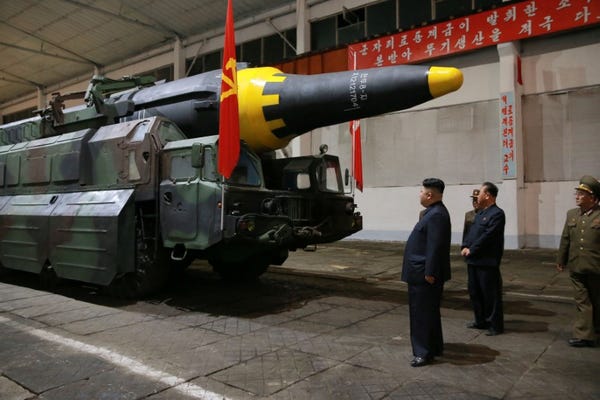 And yet, we play what politicians here in Washington have determined is a necessary game of posturing, as if we have some way to get North Korea to give up its nuclear weapons or missiles, because no administration wants to take on what is perceived as the political fallout of such an admission that only arms control and threat mitigation are the only rational policies left.

What does all of this mean? Well, most likely, North Korea will lash out when it knows for sure the squeeze from Washington is coming once again, and will show off a weapon system that can do real damage, like a new medium or intermediate missile platform that can range US bases in the Pacific, such as Guam.

North Korea could also even show off in some way that its longer-range missiles can survive atmospheric reentry, settling the silly debate once and for all that, yes, even a third-world state like North Korea can develop missile technology from the 1950s to hit the US with a nuclear missile.

This could come in the form of a test that shows off an ICBM going deep into the Pacific Ocean and dropping a dummy warhead into the sea or something more static, but the point would be clear: US cities could be turned into nuclear fireballs within 30 minutes.

From here, what would the Biden team decide to do? Clearly with pressure off the table as a viable denuclearization strategy, the administration would find itself historically at the same crossroads as every other group of US policymakers finds itself when it comes to Pyongyang.

My hope is for as short of an escalatory period as possible followed by a push toward diplomacy coming from Washington with major prodding courtesy of the Moon government in Seoul.

If the Biden Administration can learn from its likely mistakes fast enough and pivot toward an agreement that caps the size of the North Korean nuclear and missile arsenal for sanctions relief, the faster it can move to what it seems to be its more important task, figuring out what it will do about China’s rise and moves to alter the status quo in Asia to its liking.

The only question now is how many weeks or months we will waste on a pointless pressure campaign, and can we avoid an accidental escalation that could cost lives or spark a horrific war no one wants?