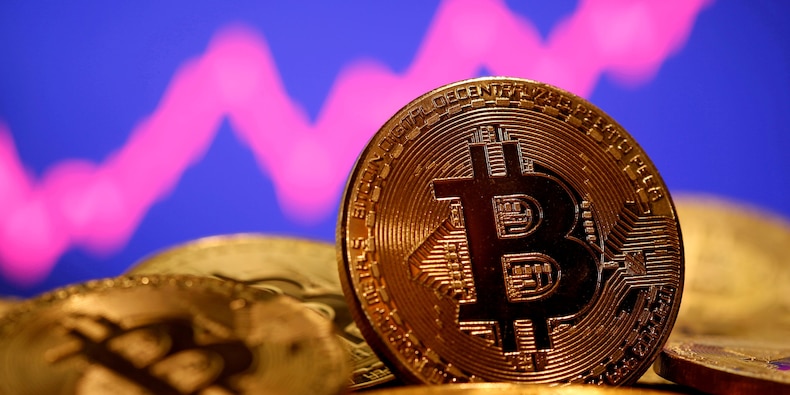 Bitcoin slipped as much as 5% from record highs on Friday after amid reports that Turkey's central bank will bar the use of cryptocurrencies as a method of payment starting April 30. The move stoked fears that other nations may follow suit.

Bitcoin tumbled 5.3%, to $60,062.71, at intraday lows. Altcoins such as ether and XRP also slipped as they typically move in lockstep with the world's biggest cryptocurrency.

"It is considered that their use in payments may cause non-recoverable losses for the parties to the transactions due to the above-listed factors," the bank said in a statement. "And they include elements that may undermine the confidence in methods and instruments used currently in payments."

"It implies that other countries might follow suit if they see bitcoin or other cryptocurrencies as a threat," he said. "Moreover, Turkey on its own has had a surprising and burgeoning crypto scene over the last few years, so the fact that 82 million people may have reduced access to bitcoin is a blow in and of itself."

Read more: Bitcoin is a headache to store, and that's created an investment opportunity that could theoretically pay determined traders big risk-free returns by December

Cryptocurrencies have picked up steam in Turkey in the past weeks as investors sought various hedges against the unstable lira. Just this week, the company that distributes Rolls-Royce in Turkey – Royal Motors – became the first business in the country to accept payments in cryptocurrencies, Reuters first reported.

In March, the country's currency found itself in turmoil after the dismissal of Naci Agbal, Turkey's central bank chief, which took many by surprise. The lira tumbled 14% to a near all-time low following the news.

But Viktor Prokopenya, founder of cryptocurrency trading platforms currency.com and capital.com, said the move of Turkey was not surprising.

"Turkey is a very centralized and authoritarian state, which has very little desire to make decentralized technologies," he said. "Having said that, the stance of governments changes all the time towards crypto, but the individual opinions of small countries don't matter that much. The biggest risk to crypto comes from US regulators."

Bitcoin this week hit record highs, inching close to $65,000, ahead of excitement over Coinbase's listing on the Nasdaq, signifying a milestone for the broader digital currency ecosystem.