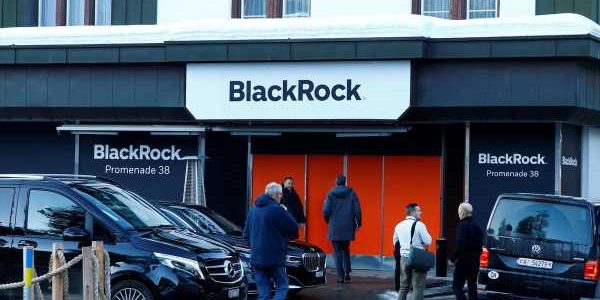 BlackRock ended the quarter with $7.32 trillion in assets under management, up from $6.84 trillion a year earlier.

The S&P 500 .SPX rose 20% in the second quarter after falling by that amount in the first three months of 2020 as the coronavirus pandemic slammed the economy.

“We had more conversations with our clients in the last six months than we have probably had in aggregate in years,” Chief Executive Larry Fink said in an interview.

“Clients are looking to BlackRock more than ever before.”

BlackRock reported a 21% jump in quarterly profit as investors poured money into its fixed-income funds and cash management services.

The New York-based company’s net income rose to $1.21 billion, or $7.85 per share. Analysts had expected a profit of $6.99 per share, according to IBES data from Refinitiv. (bit.ly/2ZEPkNv)

The asset manager’s fixed-income funds took in $60.27 billion in new money. Its cash-management business attracted $24.2 billion in net inflows in the second quarter.

“We were most encouraged by the sharp rebound in asset flows, as we believe sustained flow growth above industry peers is a key driver for the stock,” he said.

The asset manager’s technology business, a key area of growth for the firm, reported a 17% rise in revenue.

BlackRock’s financial markets advisory unit, which manages the U.S. Federal Reserve’s bond-buying program, generated $17 million in revenue, down from $22 million for the same quarter a year ago.

BlackRock shares, up about 13% for the year, were about 1% higher in early trading Friday.