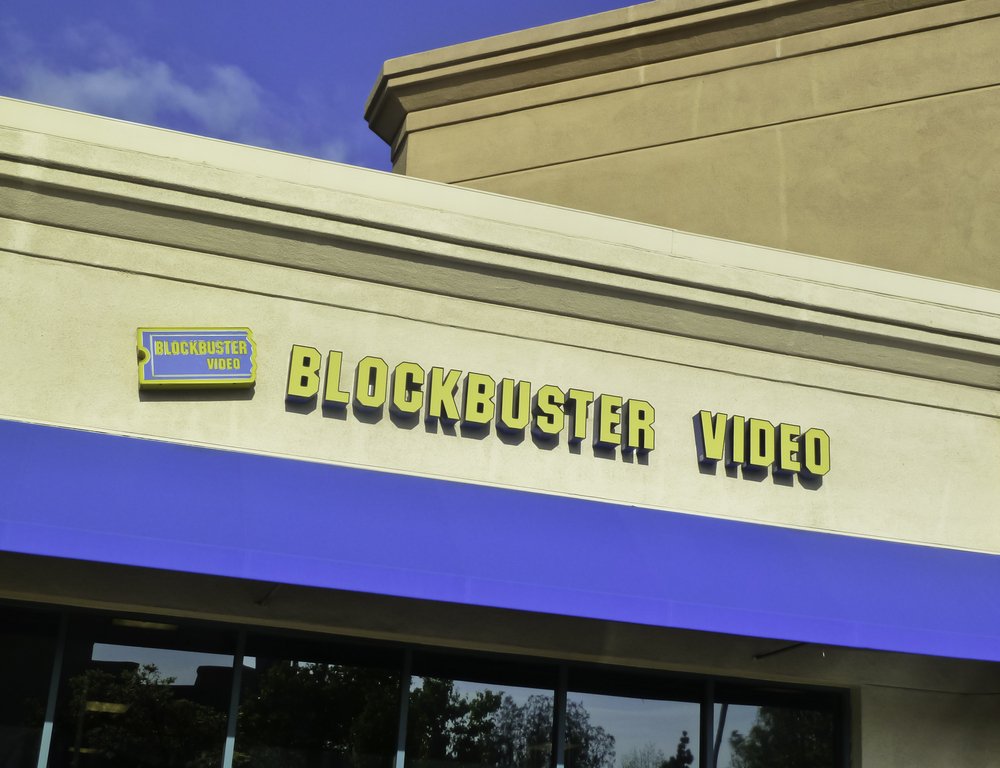 Video rental store chain Blockbuster Video was still a hit in one place: Alaska. Or at least, it was until mid 2018, when it was announced that the two remaining stores in the state would close, leaving just one Blockbuster Video open in the U.S. in Bend, Oregon.

Despite its decisive defeat in the rest of the country, the Washington Post reported in 2017 that the chain was thriving on the Last Frontier. Alaska was home to the largest cluster of the surviving stores of the chain.

“A lot of them are still quite busy,” Alan Payne, a Blockbuster licensee-owner, told the Washington Post. “If you went in there on a Friday night you’d be shocked at the number of people.” At one point, Payne owned seven stores in Alaska and one in Texas.

Founded in 1985, within four years, Blockbuster was opening a new store front every seventeen hours. At the peak of its business, Blockbuster had more than 9,000 stores raking in annual revenue of $6 billion. A New York Times report suggests that in 1993, the company had made a $600 million investment in Viacom (VIA), and in the very next year, agreed to a merger thorough a complicated share swap deal that infused $1.25 billion into Viacom.

Netflix (NFLX) arrived in 1997 and slowly began making its presence felt, eating into a market that had been dominated by Blockbuster alone. In 1999, Viacom sold its 18 percent stake in Blockbuster and Forbes estimates that between 2003 and 2005, Blockbuster lost 75 percent of its market value. By 2004, the company caught Carl Icahn’s eye and a bitter battle between the struggling corporation and its activist shareholder ensued. It ultimately ended with the BlockBuster CEO John Antioco stepping down and according to Forbes, Icahn labeling the company his “worst investment.”

But just as video killed the radio star, digital video streams like Netflix, RedBox and Google’s (GOOGL) YouTube preyed on analog and video rentals. Late fees, which were a hefty revenue stream for the company, ended up being a massive competitive liability for the company. Blockbuster eliminated late fees too late — and the change left a big gap in its financials. The 2008 recession was particularly severe for the company, and it never quite recovered, filing for bankruptcy just two years later. Unable to crawl out of bankruptcy, the company’s assets were auctioned and then taken over by Dish Networks (DISH). Dish won the auction by bidding $320 million.

Dish began systematic cost cutting, laying off employees and shuttering stores. However, the same reasons that destroyed Blockbuster in most places were its lifeline in Alaska. First, the demographics of the state tend to favor higher income, older people; second — and more important Blockbuster’s survival – expensive Internet.

Most internet providers do not provide unlimited data packages in the state, making streaming extremely expensive.

It is also perhaps the nostalgia from the earlier years that prompts maximum sales during Friday evenings. “When you went on a Friday or Saturday night to rent a movie … that was just fun,” Payne said. “Most of our people remember those days, and it’s still fun to be there on a weekend.” However, Alaskan Blockbusters could not hold out forever and Blockbuster Alaska posted on Facebook confirming that the final two stores in the state would close.