The fast fashion brand Boohoo is selling clothes made by Pakistani factory workers who say they face appalling conditions and earn as little as 29p an hour, an investigation by the Guardian has found.

In interviews in the industrial city of Faisalabad, workers at two factories claimed they were paid 10,000PKR (£47) a month, well below the legal monthly minimum wage for unskilled labour of 17,500PKR, while making clothes to be sold by Boohoo.

Documentary, video and photographic evidence also appears to support claims of potential safety issues, including motorbikes being parked indoors next to flammable materials. In the rush to produce clothes for the western market, insiders claimed workers would sometimes do 24-hour shifts.

One of more than a dozen workers interviewed said: “I know we are exploited and paid less than the legal minimum, but we can’t do anything … if I leave the job another person will be ready to replace me.”

After the Guardian approached Boohoo about the findings, the company suspended a supplier, JD Fashion Ltd, and a factory, AH Fashion, from its supply chain while it investigated the claims.

Another factory, Madina Gloves, denied workers’ claims that it had recently been making clothes for Boohoo. AH Fashion, which is closed for construction work, acknowledged it had fulfilled an order for the brand as recently as October.

Boohoo said a third-party audit at AH Fasion on 2 November had found the factory working with no problems. It later said its own auditors had paid a separate visit in response to the allegations and said the factory was a “building site”. The auditors said they were told by the owner it had been closed throughout November for significant construction – a claim disputed by workers who said they were there more recently.

The Guardian was able to buy a £30 tracksuit on Boohoo’s website this month that appeared to match fabrics and identifying labels seen in video footage filmed at AH Fashion. A week after Boohoo was alerted to allegations that the item was made by workers paid less than the minimum wage, it remained on sale. 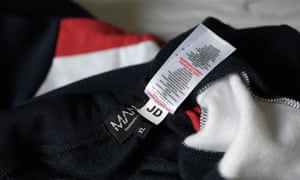 The news comes months after Boohoo, one of Britain’s best-known fast fashion brands, faced the damaging fallout from the discovery of poor conditions in factories in Leicester. Since then its share price has started to recover, and in September investors saw a 51% year-on-year surge in profits.

While the firm’s code of conduct for suppliers sets out a list of minimum standards that must be met by manufacturers of its clothes anywhere in the world, workers in two factories based in the Samanabad area of Faisalabad allege that:

Video footage seen by the Guardian appeared to show:

The factories, which each employ more than 100 people, denied any wrongdoing and said workers were paid in accordance with local laws. Madina Gloves said claims of low pay and mistreatment of workers were “totally wrong”, while AH Fashion said workers were always paid and treated fairly. 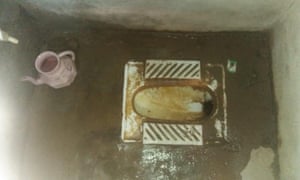 JD Fashion, a Preston-based intermediary that has supplied Boohoo with items produced at AH Fashion, said its last order there was in October and there was no Boohoo order currently in place, while AH and Madina denied they were currently supplying Boohoo. JD Fashion has no connection to the retailer JD Sports.

Boohoo said it “will not tolerate any instance of mistreatment or underpayment of garment workers”. It said it was unaware of its clothes being made at Madina Gloves, and that AH Fashion was not on its approved supplier list for JD for an order delivered to the UK on 11 December.

The £30 colour-block tracksuit bought by the Guardian from that consignment matched a design visible in one of the videos recorded at AH Fashion – and featured a distinctive “JD” label similar to one seen being sewn into an item in another clip.

Other videos and pictures taken at the two factories also appear to corroborate workers’ claims that they have been making clothes for Boohoo recently, with the brand’s labels and logos visible.

Auditing professionals, who asked to remain anonymous because of their position in the industry, watched the videos showing piled-up fabrics, motorbikes indoors and poles on bricks at AH Fashion, and said they considered the footage raised questions over fire risks and general safety.

One auditor who viewed the videos said they presented potential issues but not conclusive evidence of the level of risk. Another called them a possible “recipe for disaster”, and added: “If I [was asked] to do an audit, I would refuse and ask [the] brand to pull goods out of the factory immediately … I would run out of the factory if I saw this.” AH said construction work and a lack of space were responsible.

Following the very concerning claims made by the Guardian we immediately began an investigation. The early results of this investigation show that JD Fashion had not declared AH Fashion as a sub-contractor and that they were therefore not authorised or approved to be part of our supply chain. We have immediately suspended any dealings with JD Fashion whilst we investigate this further.

As part of our international compliance programme, independent compliance and auditing specialists, Bureau Veritas are on the ground in Faisalabad and we have instructed them to immediately investigate these claims and complete unannounced audits on both factories.

As we have previously stated, we will not tolerate any instance of mistreatment or underpayment of garment workers in our supply chain. Any supplier who does not treat their workers with the respect they deserve has no place in the Boohoo supply chain.”

Boohoo also indicated it was unaware of its clothing being manufactured at Madina Gloves.

JD Fashion: In response to allegations that the company has been sourcing clothes from AH Fashion, which paid less than minimum wage, the managing director, Akhter Warraich, said in a phone interview that workers were “being paid as per the labour laws of the local country, Pakistan”. In a later email he said that “currently there is no order” with AH Fashion because of a lack of demand and building work being done on the premises, with the last order having been placed in October.

Warraich added that JD representatives “visit the factory once a week” to check garment quality and to “interact with employees if there is any problem to resolve with management and for general safety”.

He said the company relied on audits by the ethical trade membership organisation Sedex being conducted under Boohoo guidelines and that, like other factories, AH Fashion had been subject to that process. He concluded: “After this Leicester compliance issue, Boohoo has appointed Bureau Veritas CPS as third party for social audit and we have advised all suppliers to get audited.”

AH Fashion: Responding on behalf of the company, Akbar Ali said: “All workers are paid according to the local labour laws [which mandate 17,500 PKR per month] and no one is on/below 10,000 PKR per month.” He said some workers were on contract and “paid on the basis of daily output”, and that these workers had agreed to a rate paid per garment completed.

Ali said video footage which experts said appeared to raise questions about fire safety risks, including piles of fabric heaped in walkways, reflected a “shortage of space” and that materials were usually kept out of the way. An expansion was under way to increase available space, he added. In response to a video appearing to show motorbikes parked inside, he said workers parked outside the factory.

Ali said he currently had a “lack of orders” from Boohoo and was working for other brands. He also reiterated that workers were treated fairly.

Madina Gloves: The chief executive, Saleem Shahzad, said it was “totally wrong” that anybody was paid less than the minimum wage of 17,500PKR per month and insisted all workers got a minimum of 18,000PKR. He said claims that workers were denied outstanding pay when they left the factory, and claims workers had been harassed, were “totally wrong”. He also said it was not true that workers were living in squalid factory-owned accommodation, saying he provided no such accommodation.

He claimed not to have worked with boohooMAN for six months and had “no order” from Boohoo recently. Finally, he denied that women and men shared bathrooms, and noted: “I [always] try to improve our factory and employees’ facilities”.

In July, Boohoo’s share price fell £1.5bn in two days over allegations that its Leicester suppliers forced workers to continue in cramped conditions during the first Covid lockdown and paid below minimum wage. The company accepted the recommendations of a report from Allison Levitt QC, which described its attitude to the plight of workers in the city as “inexcusable”.

Speaking to MPs last week, its billionaire co-founder Mahmud Kamani acknowledged that Boohoo’s model of continuous expansion came with risks, saying: “In a business like ours that’s fast-growing globally, there will be things that are breaking, and all the time we are fixing them and making them better.” He also warned he could take more business overseas, saying: “For us to move out of Leicester, it’s very easy for us to take all our production offshore.” 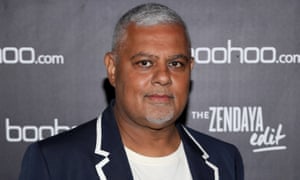 Boohoo pointed to what it said was “immediate action” to remedy the issues found in Leicester and suggested it would take a similar approach in Faisalabad. “As part of our international compliance programme, AH Fashion received a SMETA [Sedex Members Ethical Trade Audit] audit in November 2020, where no issues of this nature were found, so these allegations are extremely concerning,” it said.

“Independent compliance and auditing specialists Bureau Veritas are on the ground in Faisalabad and we have instructed them to immediately investigate these claims … Any supplier who does not treat their workers with the respect they deserve has no place in the Boohoo supply chain.”