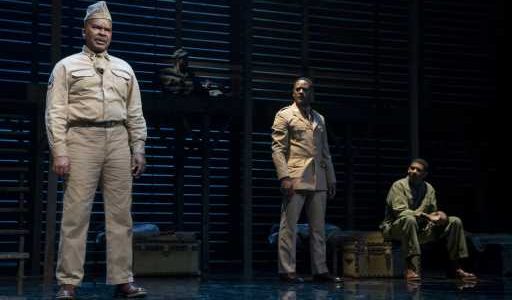 “Well, this is not the way I wanted to say goodbye.” So begins Real Housewife and Chicago star Erika Jayne’s farewell to New York and her theater colleagues, one of many social media responses to today’s immediate shutdown of Broadway productions because of the coronavirus.

“Harsh and heartbreaking to the industry,” tweeted actress Audra McDonald, “but necessary.”

Stephanie J. Block, who won a Tony Award last year for her starring role in The Cher Show, wrote, “We will rise again as artists…My finances may be emptied but my heart, body & soul KNOWS this is the right thing to do for ALL.”

And David Alan Grier, star of Broadway’s A Soldier’s Play (which had been set to close March 15), offered a simple, “Welp, it’s been real y’all.”

Mike Birbiglia Headed To Broadway: ‘The New One’ Bows Next Month

‘The Notebook’ Musical Is Heading To Broadway; ‘This Is Us’ Producer & ‘The Way I Am’ Songwriter Will Write

Maya Angelou Life And Works Being Developed For Broadway Stage