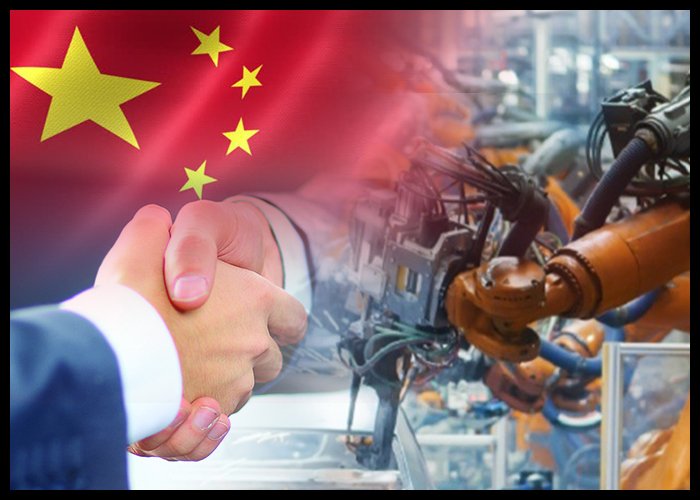 China’s private sector expanded at the fastest pace in four months in June on stronger increase across manufacturing and services, data from IHS Markit showed Wednesday.

The Caixin composite output index rose to 53.0 in June from 52.3 in May. A score above 50 indicates expansion in the sector.

Both manufacturing and services expanded further in June. Growth in manufacturing production rose to a four-month record, but remained moderate and weaker than that seen in the service sector.

The services Purchasing Managers’ Index climbed unexpectedly to 53.9 from 52.9 a month ago. Economists had forecast the indicator to drop to 52.7 in June.

However, Zhengsheng Zhong, director of macroeconomic analysis at CEBM group said it is doubtful that China’s economic growth will maintain stable amid tightening credit and regulations.

New business continued to rise at both manufacturing and services companies in June on new product offerings and improved marketing strategies. At the composite level, new business rose at a moderate pace that matched that seen in May.

After stabilizing in the prior two months, composite employment fell fractionally in June. There was a steeper rate of job shedding at manufacturing, while services companies hired more at the fastest rate since August.

On price front, the survey showed that the rate of input price inflation reached a five-month high across the manufacturing sector, while services companies noted the steepest increase in costs since February.

Higher cost burdens prompted companies to increase their prices charged again in June. Factory gate prices rose at a solid pace that was the quickest since last September. Meanwhile, services companies raised their charges to the most marked extent for three months.

Business sentiment towards the 12-month outlook for output dipped across both monitored sectors in June. Although service providers expressed a stronger degree of optimism than manufacturers, confidence remained weaker than the historical trend, survey revealed.