Home » Business » Coke vs. Pepsi: The cola wars are back

Coke vs. Pepsi: The cola wars are back

San Francisco (CNN Business)PepsiCo built a massive multinational business by putting pep in people’s steps. Now it wants to help mellow them out.

The food and beverage company on Monday unveiled Driftwell, a new drink enhanced with ingredients to promote relaxation and to help ease stress. Driftwell contains L-theanine, an amino acid commonly found in tea leaves that has gained popularity in wellness circles as a supplement to help promote calmness, improve focus and aid in sleep. The company plans to launch Driftwell in 7.5-ounce mini cans online later this year and in stores early next year.
With Driftwell, which PepsiCo classifies as an “enhanced water,” the company is taking aim at a $1 billion over-the-counter sleep aid industry and a relaxation aid market where people turn to outlets such as music, hot baths and meditation to soothe their nerves. It’s also a play by PepsiCo to compete within a small, but growing “functional beverage” category built by niche, independent companies. 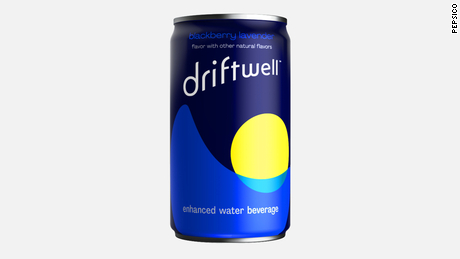 Functional drinks, which feature vitamins, herbs, plants and minerals associated with a potential health or performance benefit, are a small but growing category of the overall beverage industry. Products such as probiotic-packed kombuchas, turmeric-based “golden milks” and high-energy teas have gained popularity among consumers for their perceived health and wellness benefits.
“We think about beverages in three ways: Taste, function and hydration,” said Darren Seifer, food and beverage industry analyst for market research firm the NPD Group. “These functional beverages, they’re trying to hit that sweet spot in the middle.”
And as they have grown in popularity, they’ve sapped some sales from America’s largest beverage companies.
“In aggregate, this wealth of beverage innovation is taking occasions away from big players like PepsiCo,” said Duane Stanford, editor and publisher of Beverage Digest.
Sales of functional beverages totaled nearly $31.7 billion in 2019, an increase of 6.9% from the year before, according to Euromonitor International data.
PepsiCo’s North American beverage volume has declined about 1% annually in recent years as people drink less soda. At the same time, PepsiCo has made efforts to become less reliant on carbonated soft drinks and is trying to focus its business model where consumers are going, and that means launching premium drinks that command a higher price. 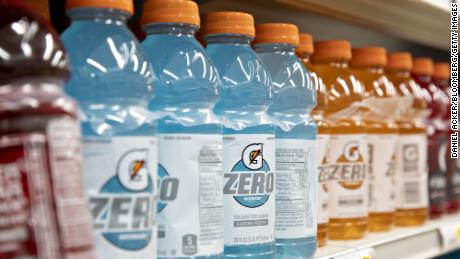 In recent years, PepsiCo has sought to fortify its position in the health and wellness sector, acquiring companies such as the kombucha beverage maker KeVita in 2016 and the plant-based energy bar company Health Warrior in 2018.
It’s also expanded its sports drink megabrand Gatorade into broader functional categories with the launch of new fruit-based beverages and nighttime protein powders.
Source: Read Full Article