Home » Business » Compass CEO Robert Reffkin was a real estate outsider and may end up a brokerage billionaire anyway. Insiders describe the social savvy and relentless ambition behind his ascent.

Compass CEO Robert Reffkin was a real estate outsider and may end up a brokerage billionaire anyway. Insiders describe the social savvy and relentless ambition behind his ascent.

In less than a decade, residential brokerage Compass rose from obscurity to what could be one of real estate’s largest-ever IPOs.

Behind its meteoric growth is a founder whose own career has defied expectations.

Robert Reffkin, 41, launched Compass in 2012 with virtually no experience in real estate, yet he built the company into one of the country’s most prominent brokerages.

And while he had few connections to the world of Ivy League academia or blue-chip corporate America before that, he managed to excel in both.

Those who know Reffkin say he has held outsize ambitions for his entire career. Colleagues and friends who spoke with Insider, for instance, said he has, for years, talked about one day running for public office, possibly for mayor of New York City.

If the IPO is successful, it could add another accomplishment to his résumé: billionaire.

A recent prospectus for Compass’ anticipated stock offering showed that Reffkin owned or could be granted roughly 5 million shares of the company’s stock if it meets prearranged performance targets. Assuming those anticipated thresholds, Insider calculated that Reffkin’s shares could be worth as much as $2 billion.

That prospective fortune, which would eclipse the entire market capitalization of Compass competitors such as RE/MAX and Realogy, will hinge on a blockbuster IPO and the firm’s continued dramatic growth. The brokerage is said to be seeking a valuation above $10 billion in the planned offering and it is not yet known whether investors will warm to such a lofty price.

The ascent to unlikely real-estate magnate began when Reffkin decided to step away from what, by all accounts, was a successful career at Goldman Sachs, one of Wall Street’s most lucrative and storied firms.

“You could tell this guy was already thinking about his future and what he wanted to do. He had lots of aspirations,” said Gary Cohn, the former president and chief operating officer of Goldman, for whom Reffkin served as chief of staff in 2011 and 2012. “He just had an aura of confidence.”

Reffkin left Goldman in 2012 to found Compass under the original moniker Urban Compass with the tech entrepreneur Ori Allon. Reffkin has said he decided to turn to real estate because it is one of the world’s biggest industries and asset classes. 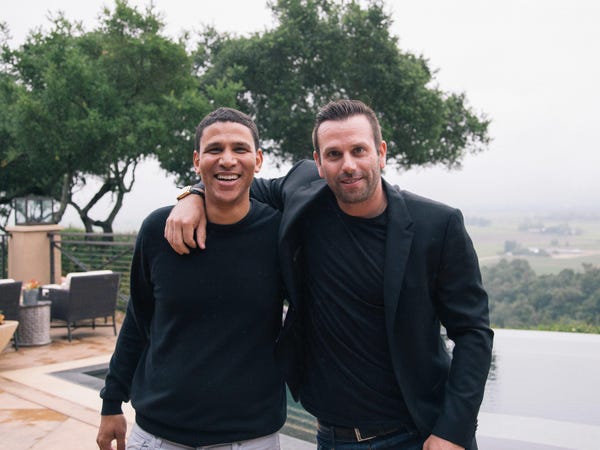 A person familiar with the company’s founding said Reffkin focused on brokerage specifically after hearing from friends how difficult it was to find a place to live in New York City. His mother, Ruth, is also a real-estate agent.

Allon and Reffkin weathered early stumbles to build the company into what is now: a leading seller of multimillion-dollar homes in affluent markets such as New York, San Francisco, Aspen, Miami, and the Hamptons.

“He’s lacked experience in almost everything he has ever done, and he’s proud of that,” said Alex Stern, a former colleague of Reffkin’s at Goldman who left the firm to help Reffkin build Compass. “That’s part of what it means to be an extraordinary person. You’re constantly on a steep learning curve and you’re never comfortable.”

At the beginning, Compass centered its attention on the New York rental market and set out to create a tech platform that would link renters directly with the apartments they were interested in, allowing renters to tour the units on their own and save on hefty broker fees.

The effort sputtered and Reffkin pivoted. Today, the company focuses on sales deals and pitches itself as a platform that venerates brokers as the essential linchpin in any real-estate transaction.

“Relatively quickly, I think it became apparent to him that brokers were part of the equation,” said Cohn, who kept in touch with Reffkin as he began to grow Compass. “Like every entrepreneur, the initial vision is different than the company you end up with, and the key to success is being able to acknowledge that and continue to evolve.” 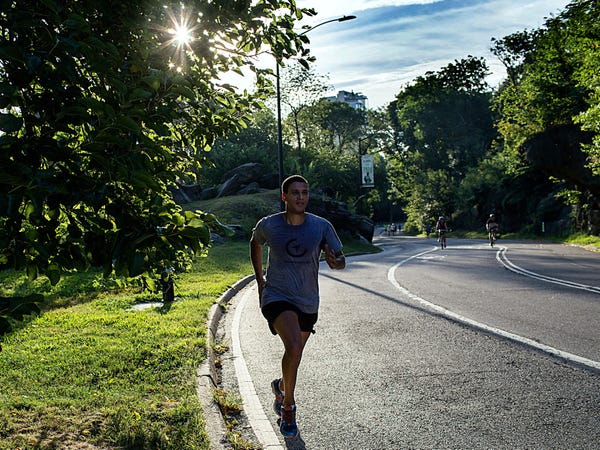 Rivals have blamed Compass’ enthusiasm for broker talent — and effort to rapidly gain market share — for touching off a spending spree for top agents. Realogy — the parent company of Corcoran, a top competitor of Compass — accused the firm of stealing trade secrets and recruiting its brokers in violation of noncompete agreements they had signed. Realogy sued Compass in 2019, and earlier this year, Compass filed a competing lawsuit against Realogy.

Despite his image as a competent, put-together manager, those who worked with Reffkin described Compass’ growth as chaotic. It moved offices several times as it added staff and cycled through executives in its C-suite. Among the departures were CFO David Snider, who left the firm in 2017, and COO Maelle Gavet, who parted with the company in 2019 after a year and a half.

Reffkin, early on, also demonstrated a rudimentary knowledge of the industry he was seeking to upend, they said.

One consultant who worked with the firm, for instance, said that Reffkin and Allon said in a meeting once that they didn’t know the difference between condo and co-op apartments. The distinction is important in cities such as New York: Buyers purchase condominium units, while in a co-op, residents own shares in the corporation that controls the entire apartment building. Condos, because of their simpler and more direct ownership structure, are generally more valuable.

But with the skills of a motivational speaker, Reffkin was able to overcome early gaffes, inspire staff, and win over agents who were skeptical of an upstart brand.

Reffkin’s greatest success was branding the company as a hot technology startup, which helped his effort in raising $1.5 billion from a raft of prestigious names in venture capital, including Softbank, Founders Fund, and Dragoneer Investment Group. That trove of cash has been critical to the company’s success, allowing it to recruit top agents; snap up rival brokerages; and acquire other ancillary businesses, such as title insurance, that it has said will broaden its revenue. 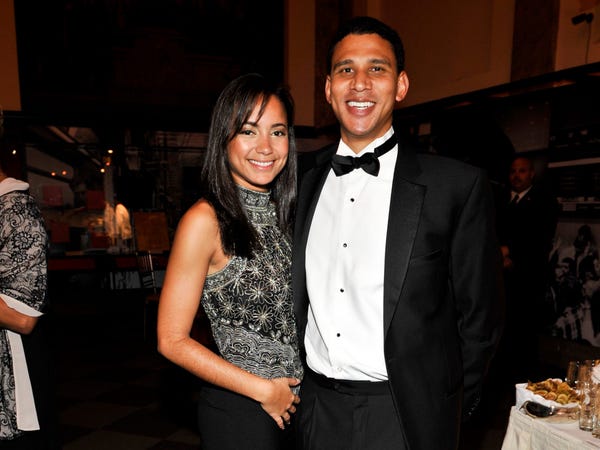 It has also elicited skepticism from some experts who draw comparisons between Compass and other high-profile venture-capital-backed startups, such as WeWork, that overhyped their tech and lavished hundreds of millions of dollars to grab market share quickly, but not profitably. Since its founding, Compass has lost roughly $1 billion, its S-1 showed, and hasn’t had a single profitable year.

The firm reduced the scale of its losses in 2020 versus the previous year, while dramatically increasing its revenue, its S-1 said — a positive sign that it could be heading toward profitability.

Some who worked with Reffkin also expressed skepticism about his charm, which they thought could, at times, have a scripted quality to it.

In the early years of Compass, Reffkin and his wife, Benis, who are both practicing Jews, hosted weekly Shabbat dinners at their modest apartment in the West Village for a revolving cast of friends and Compass employees. It was a tradition for Reffkin to initiate a game where each guest would take turns fielding questions from the group.

A former Compass employee who attended one of the gatherings said that Reffkin appeared to grow upset when a question directed at him touched on the way his heavy work schedule took him away from his family. The person said that they later spoke with a colleague who had attended another dinner and described Reffkin expressing the same regret using virtually identical words.

“It made it seem like it was a moment that was manufactured to make him appear vulnerable and to get people to trust him and like him,” the former Compass employee said.

Others have observed a ruthlessness behind Reffkin’s sunny demeanor. Avi Dorfman, 34, a tech entrepreneur and investor, said Reffkin recruited him to help build Compass shortly after starting the firm, promising him a cofounder title and a sizable ownership interest. Reffkin later backtracked, said Dorfman, who is suing Reffkin and Compass over a stake that could now be worth hundreds of millions of dollars. The case, after years of delays, is set to go to civil trial in New York state court in the coming months.

“He has this trait where he sees the world only his way, and he moves very fast,” Dorfman said. “If you agree with him, you’re on the bus. If you disagree, you’re out on the side of the road.”

Friends of Reffkin disagreed and said that it is his regard and concern for others that has made him such an effective leader. One former senior executive at Compass, for instance, remembered being impressed when, during a visit to the company’s San Francisco office, Reffkin paused to demonstrate a new feature in the company’s software platform to a broker Reffkin didn’t know.

While at Goldman, he founded a nonprofit called New York Needs You, which has since been renamed America Needs You, to provide support and services to young college students from impoverished families. Reffkin ran marathons in all 50 states to raise $1 million for the cause. 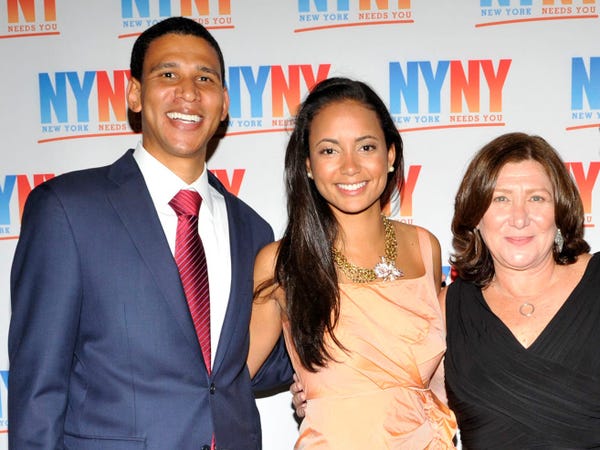 PJ Kim, a friend of Reffkin’s who oversaw America Needs You for two years, said he remembers Reffkin tearing up when Kim explained that a student they were mentoring had reported feeling self-conscious during a job interview because he hadn’t worn a tie — an accoutrement of business attire he couldn’t afford to buy. Reffkin subsequently organized a clothing drive.

Kim said Reffkin would often drop by the nonprofit’s office on the West Side of Manhattan late in the evening after a long day at Goldman’s lower Manhattan headquarters and listen patiently as Kim would explain the latest issues the group’s mentees were facing.

“He would hear about a mentee who was having a personal issue and he would say, ‘We have to help that person. Let’s send out a mass email,'” said Kim, describing Reffkin’s habit of mobilizing and engaging his considerable network to solve a problem. “He had an almost manic energy.”

Reffkin founded the nonprofit in a response to his own upbringing. In a 2018 speech, he said that his mother, Ruth, had raised him in Berkeley, California, as a single mother who had been disowned by her parents for her interracial relationship with his father. (Ruth is white and Reffkin’s father is Black.) Reffkin’s father later abandoned the family.

Reffkin has recounted how he was told by a college advisor not to bother applying to an Ivy League school. He dismissed the advice and earned an undergraduate degree and an MBA from Columbia. After graduation, he cycled through a series of prestigious positions before landing at Goldman — joining consulting giant McKinsey, asset-management firm Lazard, and George W. Bush’s presidential administration, as a White House fellow in the Treasury Department.

Earlier in his career, it was clear to those who knew and worked with Reffkin that his life was on an ascendant track.

“He always seemed like a guy who was on some kind of path,” said Russell Horwitz, who recently retired as the deputy chief of staff at Goldman. “He doesn’t have to prove to people how smart he is. He’s very comfortable and self-aware, and I always thought, ‘Boy, this is a guy who could do anything.'”