Ending the furlough scheme could see unemployment rise above 10%, an economic research think tank has said.

A new report by the National Institute of Economic and Social Research (NIESR) has warned the government that ending the Coronavirus Job Retention Scheme by the end of October would be a “mistake” that could lead to unemployment rising higher than 10% by the end of this year.

Under the scheme, the government has covered 80% of staff salaries up to £2,500 each month since March – but it’s expected to be brought to an end in October.

Garry Young, NIESR deputy director, said the planned cut-off date “seems to be a mistake, motivated by an understandable desire to limit spending”.

“The scheme was intended by the chancellor to be a bridge through the crisis and there is a risk that it is coming to an end prematurely and this increases the probability of economic scarring,” he warned.

Instead of extending the scheme, the chancellor has opted to give a £1,000 bonus for each worker that companies bring back from furlough and employ through to January next year.

Mr Young said such incentives “look too small to be effective given the uncertainty about the economic outlook”.

The one-off payment compares to an average wage of £530 per week, he pointed out.

NIESR has said that the end of the furlough scheme will coincide with a time when the economy will be significantly under-performing compared to its 2019 highs.

Unemployment could fall in 2021 as the economy recovers, but it will remain above the current 3.9%, it says.

NIESR argues that extending the furlough scheme would be a “relatively inexpensive measure” for the Treasury, because it will prevent long-term unemployment.

Official unemployment figures are yet to fully reflect a major collapse in jobs since the advent of the pandemic – partly due to the data not catching up yet, and partly thanks to the government’s furlough scheme persuading some employers to hold off on redundancies. 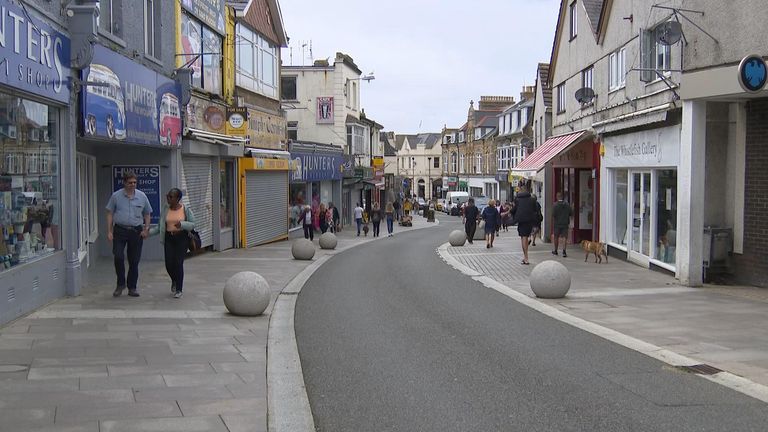 Latest data from HMRC shows that 1.2 million businesses have utilised the scheme to furlough 9.5m employees – costing the government £31.7bn in total.

Earlier this month, the Office for Budget Responsibility (OBR) upped its projections for the cost of the government’s response to the crisis and warned the UK remains on track for its worst economic slump in 300 years.

The OBR, which is independent of government, said it now expected the chancellor’s support programmes for the economy to cost £192.3bn.

The watchdog’s central scenario expects the economy to contract by 12.4% in 2020, with the jobless rate peaking at 11.4%