Home » Business » Coronavirus: The financial aid packages for virus-hit businesses and their staff

Coronavirus: The financial aid packages for virus-hit businesses and their staff

Chancellor Rishi Sunak has broadened government support for businesses and workers as coronavirus restrictions are tightened ahead of a tough winter.

The Treasury had come under pressure from business groups, local leaders and unions to expand grants and wage support to companies forced to limit or close their operations amid warnings of a surge of unemployment when the Job Retention Scheme ends next week.

Mr Sunak acted as official data showed 9% of the UK workforce remained on furlough or working part-time in early October ahead of the introduction of the new Job Support Scheme that is designed to support “viable” businesses.

That takes over on 1 November, with the added incentive for companies to retain staff through a Job Retention Bonus of £1,000 for each employee returned from furlough and kept on until February.

Here, we explain what businesses can claim for themselves and their staff following the chancellor’s update to MPs in the Commons and where it leaves companies in England under the tier structure.

There are two main UK elements and one covering England only.

The successor to the furlough scheme, the Job Support Scheme, which begins next month will only require employees in open businesses to work one day a week to be eligible for support, with employer contributions for unworked hours falling to 5%.

An example provided by the Treasury said that under the improved conditions for employers, a full-time member of staff paid an average £1,100 a month would still take home at least £807 – with employers contributing £283.

Grants for the self-employed are doubled to 40% of pre-crisis earnings. It means that the maximum grant will increase from £1,875 to £3,750 under the two looming schemes which will cover November to January and February to April.

The other main change reflects pressure on many businesses under Tier 2 restrictions in England. More on that in a minute. 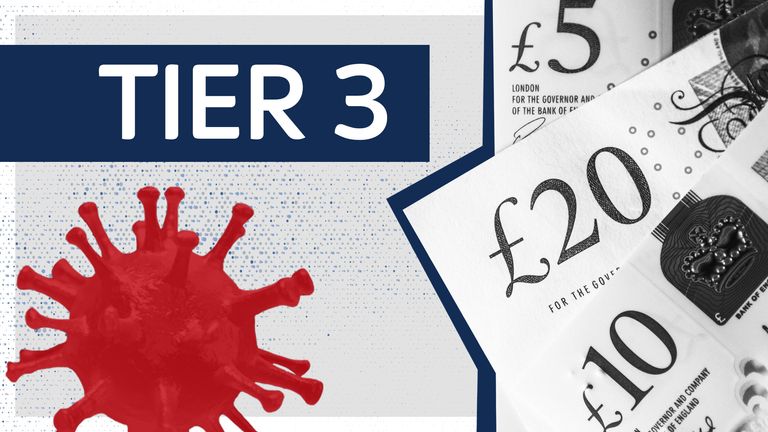 There is no change to the support on offer from the Job Support Scheme for businesses forced to close because of the highest level of restrictions UK-wide. The government will pay 67% of wages with no employer contributions.

Under England’s tiered approach, companies can claim up to £3,000 per month under the Local Restrictions Support Grant scheme if they fall within a Tier 3 lockdown.

Firms are eligible for payment after two weeks of closure and the sums are determined by the rateable value of their premises. 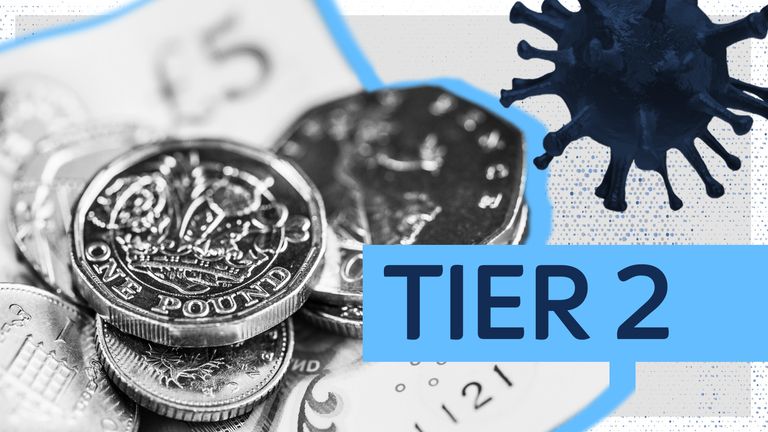 Tier 2 businesses are also eligible for self-employed grants and to claim under the new Job Support Scheme.

The big change today is that the chancellor said he recognised that businesses within the “high” category of restrictions cannot all operate as normal.

He confirmed that cash grants worth up £2,100 a month could be claimed via local authorities – helping an estimated 150,000 hospitality and leisure firms in England. 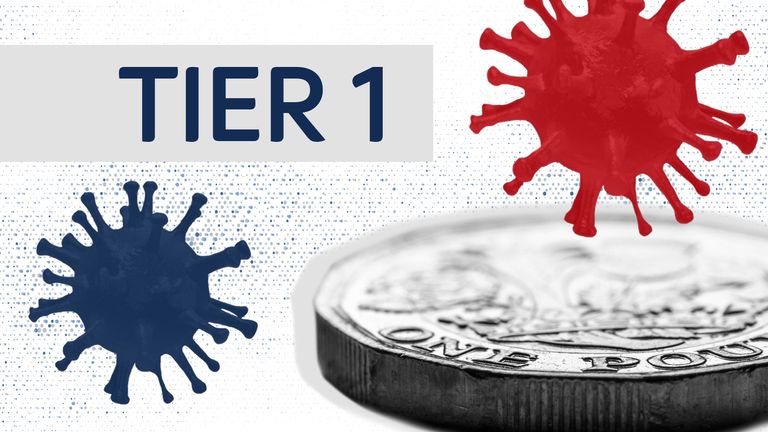 He said the grants would be retrospective – backdated from the introduction of Tier 2 restrictions – and the support was equivalent to 70% of the closed grants available to businesses in Tier 3.

There was no additional help offered to those operating under the mildest measures beyond the changes to the Job Support Scheme and self-employed grants.

Southwest Airlines notifies nearly 7,000 employees that they may be furloughed

The Best Motorcycle I Drove in 2020 Is Electric

IPO Alert: Silverback Therapeutics
We and our partners use cookies on this site to improve our service, perform analytics, personalize advertising, measure advertising performance, and remember website preferences.Ok