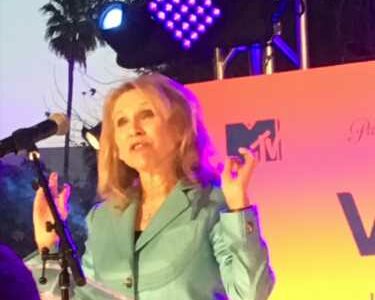 A Delaware Chancery Court Wednesday rejected Shari Redstone’s motion to dismiss a shareholder lawsuit claiming she breached her fiduciary duty by pushing allies to ram through the Viacom-CBS merger at stockholder expense in a quest to attain the status of “media magnate” like her father, the late Sumner Redstone.

A group of investors led by the California Public Employees Retirement Fund (CalPERS) said Redstone “exerted her control over other fiduciaries in manner that caused them to negotiate and approve the merger out of loyalty to her on terms detrimental to Viacom and its public stockholders,” wrote the judge in the case, Vice Chancellor Joseph R. Slights III, denying a motion to dismiss claims against Redstone, who is chairman of ViacomCBS, and the Redstone family holding company, NAI.

Slights said “well pled facts regarding the plaintiff’s past predations” and her “direct involvement in merger negotiations” were enough to allow the case to proceed.

The court acknowledged that it is generally deferential to boards of directors but said “Delaware is more suspicious when the fiduciary who is interested in a transaction is a controlling stockholder” and “more skeptical” when a controlling shareholder seeks to dismiss a suit that alleges breach of fiduciary duty and challenge the bona fides of a transaction.

The judge, however, dismissed the allegations of breach of fiduciary duty against ViacomCBS CEO Bob Bakish, saying no evidence was presented.

Viacom and CBS merged in December of 2019 after several attempts and years of corporate infighting against the backdrop of a downward health spiral of patriarch Sumner Redstone and shifting power dynamics between Viacom and CBS after former CBS CEO Les Moonves was forced to resign amid allegations of sexual harassment.