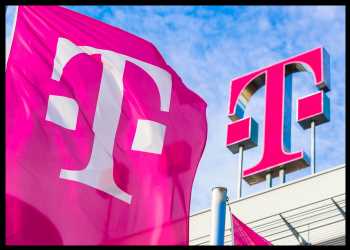 Deutsche Telekom AG reported Thursday significantly higher profit in its third quarter with improved revenues. Further, the German telecom major lifted its dividend, and also raised fiscal 2022 guidance for the third time in the current financial year. Meanwhile, the shares were losing around 3 percent in the morning trading in Germany.

Tim Höttges, Chairman of the Board of Management, said, “We are once again proving to be an anchor of stability in difficult times. Our businesses continue to grow. That puts us in a position to raise not only our guidance – for the third time this year – but also our dividend.”

For the year 2022, the company now expects adjusted earnings per share to reach more than 1.50 euros. The original guidance was over 1.25 euros.

Further, the Board of Management plans to pay out a dividend of 0.70 euros per share, 10 percent higher than last year, subject to the approval of the Supervisory Board and the shareholders’ meeting.

In its third quarter, Deutsche Telekom’s net profit climbed 77.5 percent to 1.58 billion euros from 889 million euros a year ago.

Net revenue increased 8.8 percent to 28.98 billion euros from 26.64 billion euros last year. Excluding changes in exchange rates and the composition of the Group, net revenue was up 0.5 percent.

In Germany, Deutsche Telekom shares were trading at 19.18 euros, down 2.7 percent.