Home » Business » Donald Trump Suggests Delaying The November Election, A Decision That Is Up To Congress 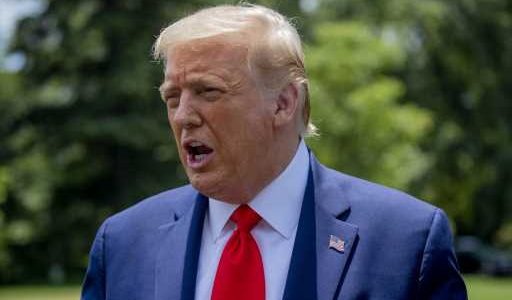 Donald Trump Suggests Delaying The November Election, A Decision That Is Up To Congress

Donald Trump renewed his complaints against mail-in voting on Thursday, but this time also suggested that the Nov. 3 presidential election be delayed.

“With Universal Mail-In Voting (not Absentee Voting, which is good), 2020 will be the most INACCURATE & FRAUDULENT Election in history. It will be a great embarrassment to the USA. Delay the Election until people can properly, securely and safely vote???” he wrote on Twitter.

But federal law sets the date of the election as the first Tuesday after the first Monday in November. To change that date would require an act of Congress, i.e. the Republican-controlled Senate and the Democratic-controlled House.

Even if a delay were to happen, that would not change the fact that Trump’s term would still end at noon on Jan. 20, 2021. To change that would require a constitutional amendment.

Trump’s 2020 rival, Joe Biden, predicted back in April that Trump “is gonna try to kick back the election somehow, come up with some rationale why it can’t be held.”

What Trump can do is throw doubt on the election results. As his poll numbers have dropped, he has been on a tear in suggesting that state moves toward mail-in voting will lead to voter fraud. Experts, though, say that mail-in voting fraud is rare. Factcheck.org has done a number of stories examining Trump’s claims. In June, the site wrote, “many voting experts say Trump’s warnings that hundreds of thousands or millions of ballots will be sent in and that ‘nobody’s going to know the difference’ isn’t possible. There are enough logistical hurdles and security safeguards to prevent that from being successful, they say.”

Trump’s tweet came as news networks focused on the latest economic stats, showing that gross domestic product plunged by 32.9% on an annualized basis in the second quarter. To an extent, that figure was expected, as April to June was the most widespread period of shutdowns due to the coronavirus.