Home » Business » Economists are divided about how bad inflation is going to get. Here are the 10 loudest voices on both sides of the issue.

Economists are divided about how bad inflation is going to get. Here are the 10 loudest voices on both sides of the issue.

A new debate is emerging as the US economy nears reopening, and it’s not as cut and dried as the party-line stimulus arguments that preceded it.

In one corner, economists and politicians argue they have learned lessons from the slow growth that followed the Great Recession, and “going big” is better than “going small.  They posit that years of below-target price growth show the economy can run hotter than previously thought and fears of runaway inflation are overblown.

The argument was mostly partisan — with one significant exception — while Democrats were pushing to pass President Joe Biden’s $1.9 trillion stimulus plan. Yet with that measure now law and Biden now aiming to spend another $3 trillion, more and more moderates are raising concerns.

Here are the 10 loudest voices on both sides of the issue, from dueling central bank chiefs to renowned economists. 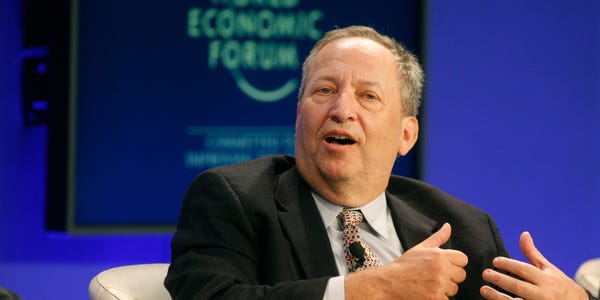 Representing a small-but-influential side of the party that opposes additional spending, the former Treasury Secretary (under President Bill Clinton) and director of the National Economic Council (under President Barack Obama), Summers repeatedly railed against the party’s stimulus strategy, suggesting in a Washington Post column that the latest package could spark “inflationary pressures of a kind we have not seen in a generation.”

More recently, Summers appeared on Bloomberg TV to accuse Congress of backing the “least responsible” macroeconomic policy of the past four decades.

“What is kindling is now igniting. I’m much more worried that we’ll have either inflation or a pretty dramatic fiscal-monetary collision,” he said, adding that he sees only a one-third chance the Treasury and the Fed will see the combination of inflation and growth they’re hoping for. 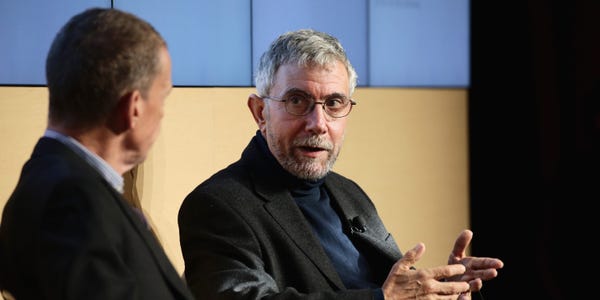 Nobel laureate Paul Krugman has served as Summers’ foil in recent weeks, taking the side that Democrats’ massive spending is fitting for the scope of the pandemic’s fallout. Biden’s $1.9 trillion package is more “disaster relief” than stimulus, Krugman said in a New York Times column published last month.

“When Pearl Harbor gets attacked, you don’t say, ‘how big is the output gap?'” he added in a February debate with Summers hosted by Princeton University.

Inflation concerns are also likely overblown, according to the famed economist. Krugman posited that much of the $1,400 direct payments included in the latest aid package will be saved instead of spent. He said this is a positive outcome for inflation fears, as such a trend would fuel less inflation than if the entire payment was swiftly used to purchase goods and services. 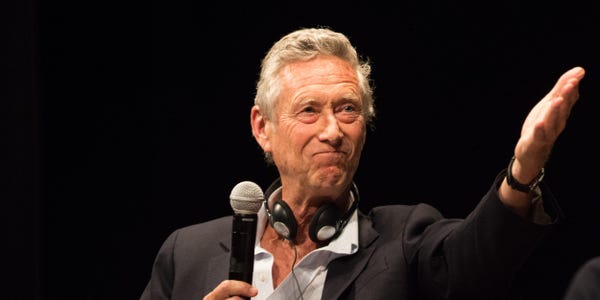 French economist Olivier Blanchard echoed Summers’ critiques in a series of February tweets, then in a longer article for the Petersen Institute. While “too much is better than too little” when it comes to relief spending, he wrote, Democrats’ plans are too large and risks overfilling the hole in the US economy.

“We should spend what we need to save people from poverty and fund the needed response to the pandemic. I think we do not need to spend $1.9 trillion for that, and we should have a smaller program,” he added.

The economist has modified his tone, however. In a later thread, Blanchard said part of the stimulus package should be contingent on how the virus develops.

If the pandemic worsens and Americans need more aid, they would receive full-sized checks. But if people need less support, Congress should only send out reduced checks, if they send any payments at all, he said in a February 27 tweet.

Somewhat lightheartedly, Blanchard also likened Biden’s plan to the old proverb of the elephant swallowed by a snake, accompanied by a cartoon, on Twitter.

“The snake was too ambitious. The elephant will pass, but maybe with some damage,” he said. 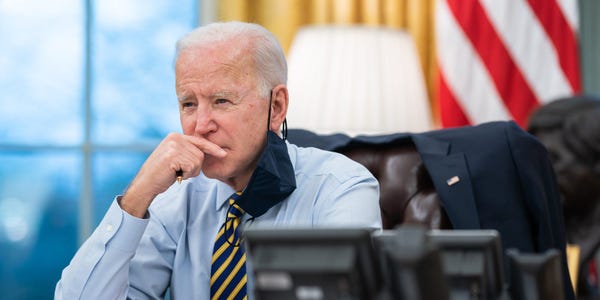 The president is unsurprisingly one of the biggest supporters of the stimulus bill. Biden repeatedly emphasized the need to “go big” with a new package, and said he wouldn’t back down from some elements he campaigned on while running for president.

“This historic legislation is about rebuilding the backbone of this country, giving people in this nation — working people, middle-class folks, people who built the country — a fighting chance,” Biden said after signing the measure into law on March 11.

The president’s desire to pass the full $1.9 trillion bill marks a stark reversal from President Obama’s plan in similar circumstances. When pushing for more fiscal relief in the wake of the financial crisis, the Obama administration haggled with Republicans over the measure’s price tag and passed one less than half as large.

Biden instead used budget reconciliation to win passage in the Senate, forgoing Republican support entirely, and his advisors are now proposing a $3 trillion initiative to follow it, one that may also pass via reconciliation.

Against: Committee for a Responsible Federal Budget 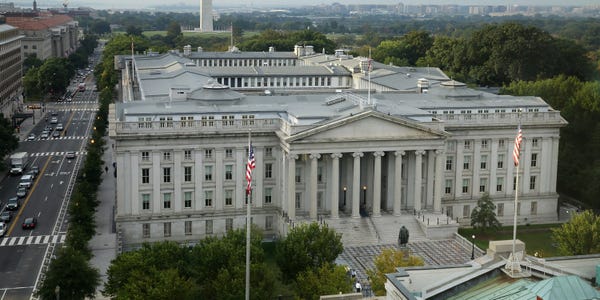 The nonpartisan organization thought the American Rescue Plan was just too big, although it focused more on its colossal price tag than inflation fears.

Congress “shouldn’t shy away from borrowing what’s needed” to bridge the health crisis, but it also “can’t afford to ignore the long term,” the Committee for a Responsible Federal Budget said in a February press release.

“Ignoring this long-term debt picture will harm economic growth, hold down incomes, and make it even more difficult for us to tackle income inequality, support for families, and a backlog of necessary infrastructure improvements,” the CRFA added.

The nonprofit cited projections from the Congressional Budget Office as support for its argument. The office sees the federal debt pile reaching 102% of GDP by the end of the year and nearly doubling to 202% by 2051. Those figures didn’t account for the latest stimulus measure, either. 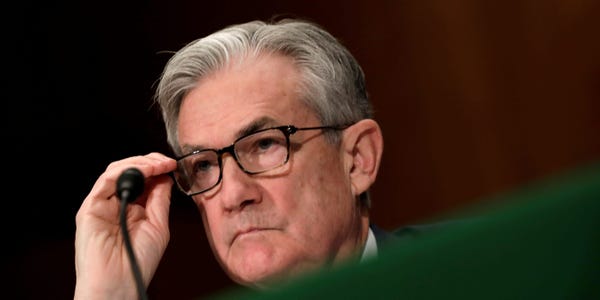 Though the Fed chair has largely refrained from supporting or criticizing fiscal policy, his recent comments make clear he sees the inflationary risks associated with ARPA as of little consequence, at least for now.

Inflation is likely to move higher as stimulus boosts spending and the economy reopens, Powell said while testifying to the House Financial Services Committee on Tuesday. Still, the Fed’s “best view” is that such effects on inflation will be “neither particularly large nor persistent,” he added.

The central bank’s latest projections call for inflation to reach 2.4% by the end of the year before falling to 2% in 2022 and then trending slightly above the 2% target. That outlook matches the Fed’s updated framework that seeks inflation above 2% for a period of time before falling back to the desired threshold.

Powell’s remarks at last week’s policy meeting signal the inflation overshoot is expected and possibly necessary to bring about a full recovery. Seeking maximum employment is just as important to the Fed as controlling inflation, per the central bank’s dual mandate, and the tradeoff once thought to exist between the two might no longer be relevant.

“There was a time when there was a tight connection between unemployment and inflation. That time is long gone,” Powell said in a March 17 press conference. He implicitly acknowledged former President Donald Trump’s influence in dispelling a conception long held on the right: “We had low unemployment in 2018 and 2019 and the beginning of ’20 without having troubling inflation at all.” 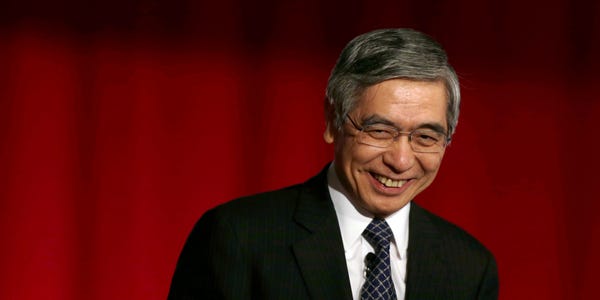 Not all central bank leaders are as unperturbed as Powell. Yields for government bonds have risen in recent weeks as investors brace for higher inflation. The trend signals people are forecasting strong economic recoveries, yet higher yields can also slow rebounds by prematurely lifting borrowing costs.

While Powell has shown little concern about the sell-off in Treasurys, Bank of Japan governor Haruhiko Kuroda recently fired back at rising yields on sovereign bonds. The central bank chief told parliament late last month that the Bank of Japan is ready to buy bonds in order to keep yields from rising too high.

“It’s important to keep the entire yield curve stably low as the economy suffers the damage from COVID-19,” he added.

Such policy, commonly known as yield curve control, can counter rising inflation expectations by keeping borrowing costs low. Fed policymakers have suggested they’re not yet considering such tools, but Kuroda’s comments signal other countries are willing to do more — and act now — to combat the effects of inflation. 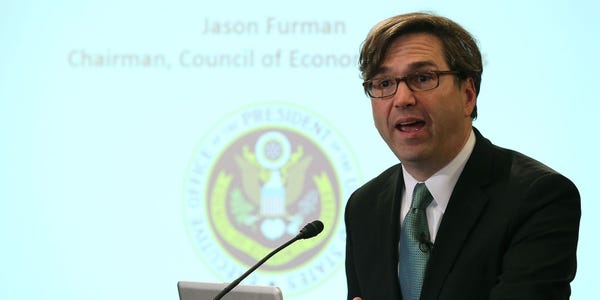 Jason Furman, the former chair of President Obama’s Council of Economic Advisors, has taken a different path from his Harvard colleague Summers regarding the Biden administration’s efforts. The White House should err on the side of overfilling the hole in the economy and test the maximum growth estimates made by the CBO, he said.

“The idea you test potential by year after year throwing logs on the fire is incredibly compelling, but that’s not the same as spending over 10% of GDP in one year,” Furman told the Financial Times in February.

The benefits of the $1.9 trillion deal outweigh the risks “by a decent margin,” but spreading the relief out over a longer time horizon might dampen fears of a sudden inflationary surge, he added in a tweet. 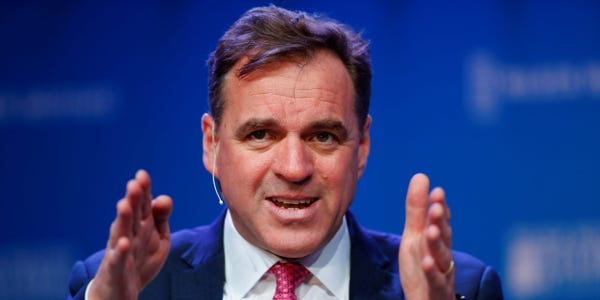 Famed economic historian and Hoover Institution fellow Niall Ferguson warned Powell in a March Bloomberg column that policymakers should keep the inflationary pressures of the 1960s and 1970s in mind when pursuing above-2% price growth.

Investors’ behavior in recent weeks suggests they “fear a repeat” of past decades’ hyperinflationary environments, Ferguson said. Powell has countered such concerns, but the breakeven inflation rate and steepening yield curve signal that inflation will still exceed the central bank’s expectations.

A sudden rise in inflation expectations could lift rates and, in turn, damage highly levered companies and the government itself, he added. 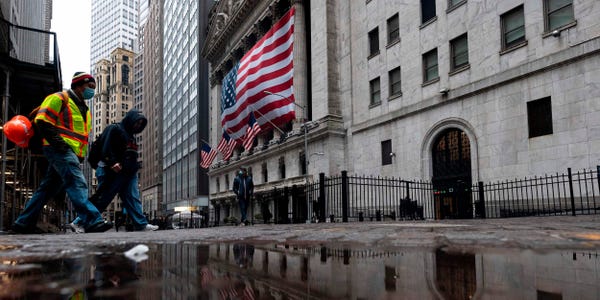 Economists at UBS, Goldman Sachs, and Morgan Stanley, among others, lifted their estimates for US economic growth in 2021 soon after the passage of the latest relief package. The firms now expect US GDP to reach pre-pandemic levels in the first half of 2021 and exceed those highs soon after.

Yet inflation isn’t concerning them much. Morgan Stanley sees price growth surging to 2.6% in April and May before dropping to 2.3% at the end of the year. Those levels are in accordance with the Fed’s guidance, economists led by Ellen Zentner said.

Economists at UBS were even more pointed. The roughly 10 million jobs still lost to the pandemic mean there’s room for a period of strong inflation, the team led by Seth Carpenter said.

“We see sustained growth, well in excess of the long-run sustainable pace, but we also see a substantial amount of labor market slack,” UBS added.