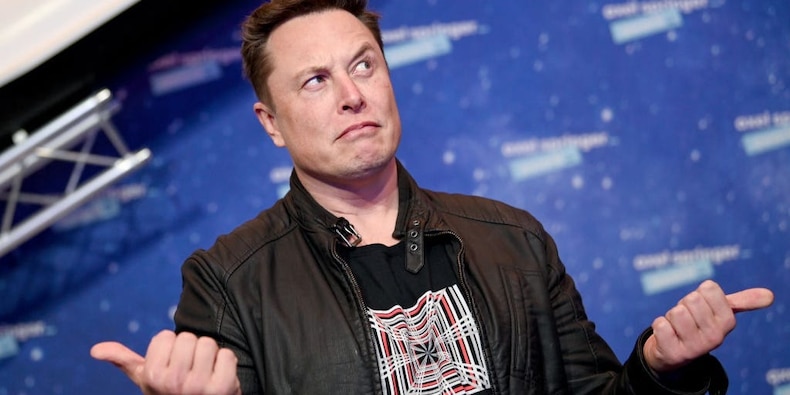 “Having some Bitcoin, which is simply a less dumb form of liquidity than cash, is adventurous enough for an S&P500 company,” Musk tweeted in response to a Bloomberg interview with Binance CEO Changpeng Zhao.

Tesla made its biggest bitcoin endorsement yet by announcing not just its significant investment, but also that it plans to adopt the digital asset as a form of payment for its products.

In the interview, Zhao said he was surprised that Musk is a Dogecoin advocate, given that it was created as a joke. Musk has fired off several tweets about the Shiba Inu-themed token, sparking a surge in its price. Last week, he said he bought some for his 9-month-old son.

“I strongly believe that he’s not really associated with Dogecoin in any way,” Zhao said of Musk, noting that Tesla’s bet was on bitcoin, and not on the “joke” asset. But Binance has added Dogecoin futures recently based on consumer demand. That’s because it’s gaining popularity for reasons nobody expected, Zhao said.

Zhao’s comments elicited a response from Musk, in which he explained the reason behind Tesla’s move.

“When fiat currency has negative real interest, only a fool wouldn’t look elsewhere,” Musk tweeted. “Bitcoin is almost as bs as fiat money. The key word is “almost”.”

Other Wall Street names seem to be embracing bitcoin too, driving the token’s price higher to an all-time high above $52,000. As bitcoin surges to record highs, Zhao said Binance is seeing more than 300,000 new user registrations on a daily basis. The exchange last saw such remarkable levels during bitcoin’s 2017 boom, but volumes are even higher now.

“There’s a lot more activity now in this industry than three years ago,” said Zhao. “We are just at the beginning.”