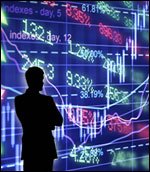 European stocks were trading mixed on Wednesday as caution crept in ahead of the July 6 deadline, when U.S. tariffs on Chinese goods are due to take effect. A public holiday in the U.S. also discouraged traders from taking long positions.

The pan-European Stoxx Europe 600 index was marginally higher at 380.04 in late opening deals after climbing 0.8 percent in the previous session. The German DAX was down 0.1 percent while France’s CAC 40 index was moving up 0.2 percent.

The U.K.’s FTSE 100 was declining 0.2 percent as the pound turned higher in reaction to better-than-expected services sector data.

The IHS Markit/Chartered Institute of Procurement & Supply Purchasing Managers’ Index improved to 55.1 from 54.0 in May. Economists had forecast the index to remain unchanged at 54.0.

Elsewhere, the euro area economy regained some traction at the end of the second quarter, final data from IHS Markit showed. The composite output index rose to 54.9 in June from 54.1 in May. The score was slightly above the flash estimate of 54.8.

French automaker Renault rose more than 1 percent. The City of Paris and Groupe Renault announced their intention to share their expertise and skills to develop electric mobility for Parisians, Ile-de-France residents and visitors.

Shares of Gresham Technologies plummeted 16 percent in London after the software and services company said it expects first-half revenues to be down by 5 percent from last year.

J Sainsbury rallied 1.6 percent. The retailer has agreed a financing package of 3.5 billion pounds in relation to the proposed combination with Asda Stores Limited, working with its existing banks and new institutions. In addition, the company has posted a small rise in Q1 like-for-like sales.

Catering group Compass Group dropped 1.5 percent after its finance chief decided to step down by the end of the year.