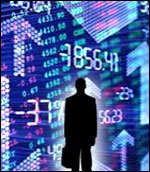 European stocks tumbled on Wednesday to snap a six-day winning streak as investors fretted about an escalating trade war between the world’s two largest economies.

Beijing vowed to take countermeasures after the U.S. proposed tariffs on an extra $200 billion of Chinese goods.

The pan-European Stoxx Europe 600 index was down 1.1 percent at 381.92 in late opening deals, snapping a six-session winning streak.

Indivior shares slumped 31 percent in London. The company expects fiscal 2018 net revenue and adjusted net income to be below previous expectations, because of recent U.S. market developments for SUBOXONE and early uptake levels of SUBLOCADE.

Glencore tumbled 4 percent. The commodity trader has set up a board committee to oversee its response to a U.S. probe into possible corruption and money laundering.

German IT company Bechtle rallied 2.7 percent after announcing its intention to acquire the French IT provider Inmac Wstore S.A.S.

British homebuilder Barratt Developments advanced 1.5 percent. The company expects fiscal 2018 profit before tax to be around 835 million pounds, higher than last year’s 765.1 million pounds, driven by a strong end to the financial year and early progress on margin initiatives.