Facebook confirmed that it’s been working to develop its own voice assistant since early 2018,according to a Facebook spokesperson, per Reuters. The company says it will likely integrate the voice assistant across its Portal video calling device, Oculus headsets, and other future products. 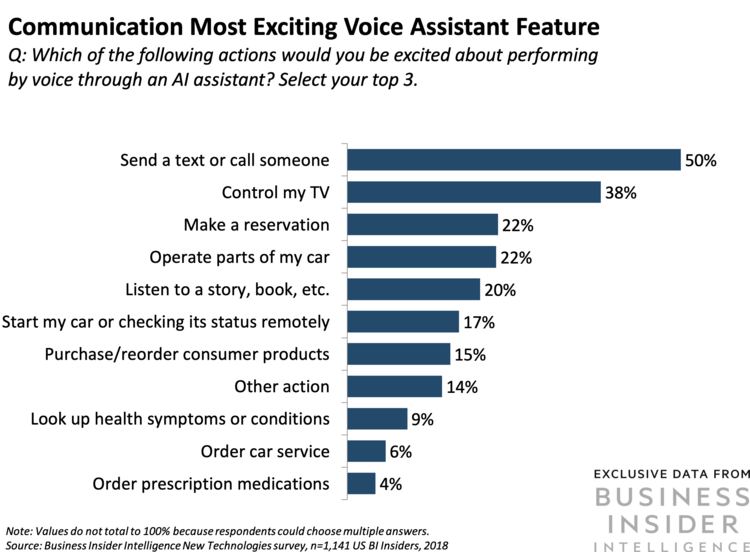 Here’s what it means: Facebook likely sees voice functions as necessary for its hardware and to keep its service engaging.

The bigger picture: Facebook’s entrance into the crowded voice space, combined with its privacy issues, could impact usage of its voice assistant.

1. Sign up for the Apps and Platforms Briefing to get it delivered to your inbox 4x a week. >> Get Started

2. Subscribe to a Premium pass to Business Insider Intelligence and gain immediate access to the Apps and Platforms Briefing, plus more than 250 other expertly researched reports. As an added bonus, you’ll also gain access to all future reports and daily newsletters to ensure you stay ahead of the curve and benefit personally and professionally. >> Learn More Now

SEE ALSO:Trust is the main barrier to smart speaker adoption – here's what companies can do about that

Kevin O'Leary: Making this New Year's resolution is the best thing you can do for your future