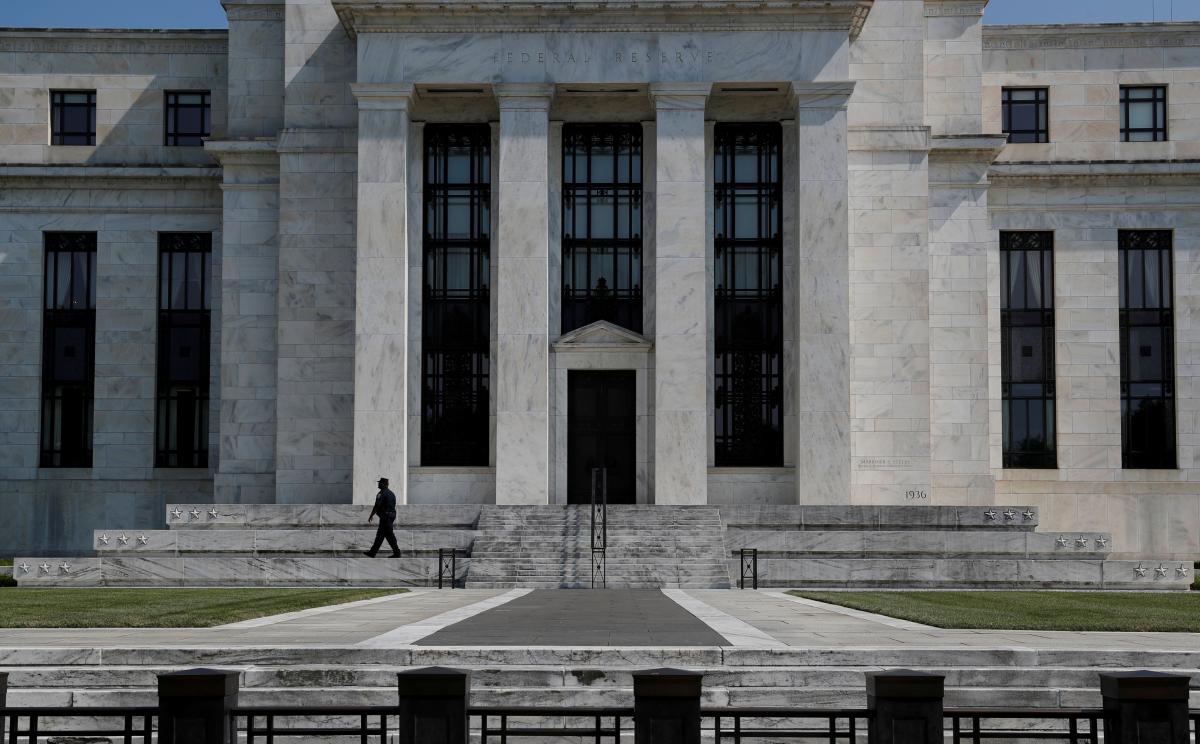 WASHINGTON (Reuters) – The U.S. Federal Reserve kept interest rates unchanged on Wednesday but characterized the economy as strong, keeping the central bank on track to increase borrowing costs in September.

The Fed said economic growth has been rising strongly and the job market has continued to strengthen while inflation has remained near the central bank’s 2 percent target since its last policy meeting in June, when it raised rates.

“Job gains have been strong, on average, in recent months, and the unemployment rate has stayed low. Household spending and business fixed investment have grown strongly,” the Fed said in a unanimous statement following the conclusion of its latest two-day policy meeting.

The Fed’s decision left its benchmark overnight lending rate in a range of 1.75 percent to 2.00 percent.

The Fed currently expects another two rate rises by the end of the year. Investors had all but ruled out a move at this week’s meeting, with their sights set on rate hikes next month and in December.

Market reaction to the Fed decision was muted as it met expectations on where the central bank would push policy rates, with the dollar .DXY slightly stronger against a basket of currencies and U.S. Treasury yields little changed.

Fed Chairman Jerome Powell recently said the economy is in a “really good place” and pledged to continue with gradual increases in borrowing costs in order to maintain the second-longest U.S. economic expansion on record.

“This is consistent with what Powell told Congress: the economy is doing really well right now,” said Willie Delwiche, investment strategist at Baird.

The economy grew at a pace of 4.1 percent in the second quarter, its best showing in nearly four years, as consumers boosted spending and farmers rushed shipments of soybeans to China to beat retaliatory trade tariffs, Commerce Department data showed on Friday.

Inflation is also perking up after six years of undershooting the Fed’s target. The central bank’s preferred measure of inflation – the personal consumption expenditures (PCE) price index excluding food and energy components – increased at a 2.0 percent pace in the second quarter.

The latest monthly figures released on Tuesday showed the core PCE in June was 1.9 percent higher than a year ago. That measure hit the central bank’s inflation target in March for the first time since December 2011.

U.S. labor costs, viewed as one of the better gauges of how much slack is left in the market, also posted their largest annual gain since 2008 in the second quarter, the Labor Department said on Tuesday.

Economic growth has been buoyed by the fiscal stimulus from the Trump administration’s tax cuts and spending. The unemployment rate, currently at 4.0 percent, is lower than the level seen sustainable by Fed policymakers.

But policymakers expect economic growth to slow next year as the fiscal stimulus fades, and they are keenly watching for signs of an acceleration in inflation that could push them to ramp up the pace of rate hikes to prevent the economy from overheating.

They also remain wary of the potential harm to the U.S. economy of a protracted trade war between the United States and China which could push the cost of goods higher and hurt corporate investment.

Some firms say the steel and aluminum import tariffs imposed by the Trump administration already have had an impact. Whirlpool Corp (WHR.N) said last week that the tariffs had sharply raised the costs of the appliance maker’s raw materials, contributing to a slump in its second-quarter earnings.

Wednesday’s policy statement made no mention of the administration’s protectionist trade policies and maintained that the risks to the outlook were “roughly balanced.”