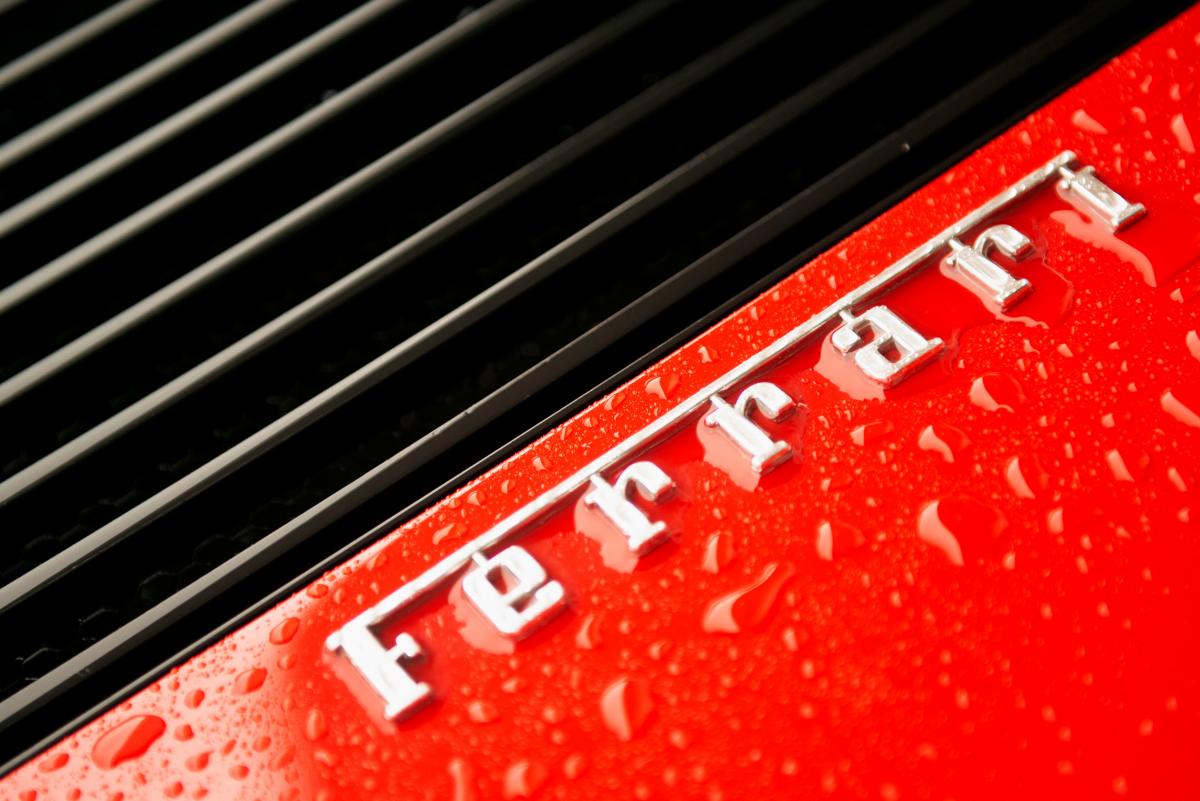 MILAN/LONDON (Reuters) – Ferrari’s (RACE.MI) new boss Louis Camilleri has big shoes to fill but the tobacco industry veteran may have just what is needed to steer the luxury sportscar maker through its next lap, analysts and industry insiders said.

FILE PHOTO: The Ferrari Insignia is seen at the back of a Ferrari Testarossa during a media tour of the Fullerton Concours d’Elegance in Singapore, June 29, 2018. REUTERS/Loriene Perera/File Photo

The sudden change jolted investors who had expected Marchionne, who nearly tripled Ferrari’s value since taking it public in 2015, to stay on as CEO and chairman until 2021.

It also left Camilleri, 63, to finish scripting a midterm strategy that is due only in September and is meant to show how the company known for its racing pedigree and roaring combustion engines would shift towards making an SUV and electric cars.

Those who followed Camilleri’s career at tobacco group Altria and later at Philip Morris International (PMI) said he has proven himself in an industry with a tough legal and regulatory environment.

Like Marchionne, he’s known for growing shareholder value via spin-offs: he hived off Altria’s stake in Kraft Foods and later PMI to remove it from the U.S. stub’s litigation risks.

“He understands the consumer, branding and premiumization. He is a strong executor,” Wells Fargo tobacco analyst Bonnie Herzog said.

But at Ferrari he has a tough act to follow.

Marchionne had orchestrated Ferrari’s spin-off from parent Fiat Chrysler (FCHA.MI), positioned it as a luxury icon rather than a car manufacturer and managed to do what few thought possible: sail through a self-imposed cap of 7,000 vehicles per year without sacrificing its pricing power and exclusive appeal.

When its share price hit a record high of 129.90 euros last month, the company that sold just under 8,400 vehicles last year was worth around 24 billion euros ($28 billion), almost as much as Fiat Chrysler, which shipped 4.7 million cars.

With profit margins of 30 percent, strong pricing power and a healthy customer waiting list of well over a year, Camilleri inherits a business that is firing on all cylinders.

Ferrari has clocked up several years of record earnings, helped by a number of special edition models.

But maintaining the high valuation will not be easy as emissions rules tighten, capital spending increases and the diverging interests of investors, racing fans, owners and collectors are increasingly more difficult to balance.

Camilleri will face investors and analysts for the first time on Wednesday, when Ferrari reports second-quarter earnings.

But while Camilleri is not a car man, he is no stranger to Ferrari: as chairman and former CEO of PMI, a longtime Ferrari Formula One sponsor, he has been attending Grand Prix for years.

Born in Egypt to a Maltese family, Camilleri has sat on the board of the Maranello, Italy-based company since 2015 and is said to be a Ferrari collector himself. He was close to Marchionne, who in turn sat on the Philip Morris board.

His familiarity with Marchionne’s plans was one of the reasons behind his appointment to ensure continuity, a person familiar with the company said.

But it is Camilleri’s track record at PMI, where he has proven to be a pioneer in guiding the company towards reduced-risk cigarette alternatives that make him a good choice to lead Ferrari into its next phase, analysts said.

“He was talking about risk-free products long before we ever heard of IQOS,” said Morningstar analyst Philip Gorham, referring to PMI’s electronic smoking gadget which heats tobacco instead of burning it.

Ferrari said in February it would double core earnings to 2 billion euros by 2022 by pushing into hybrids, SUVs and new special editions and by expanding a customisation program.

At the time of the IPO, Marchionne had promised to expand Ferrari into other luxury categories beyond cars, but the plan was put on ice to focus on vehicles first. It is yet to be seen whether Camilleri will resurrect that.

One of Camilleri’s toughest challenges will be alleviating fears that any push into new territories – like an SUV – would happen on Ferrari’s terms without sacrificing its exclusivity.

Marchionne had sought to calm fears by saying any utility vehicle with the prancing horse logo would be “Ferrari style” for “the selected few” and its claim to fame would not be “being able to climb rocks”.

Investors said they were confident Ferrari would continue powering ahead over the next 12-24 months because its fundamentals were strong, but it might be difficult to grow a stock that already rides on multiples higher than any other auto company and above many luxury goods makers.

“Like any jewel, Ferrari is extremely tricky to manage and that makes me nervous,” said Michele Pedroni, a fund manager at Decalia Asset Management.

“With a push into SUVs, an electric car or a further volume expansion, the room for error is high … we need to see a strategy that ensures the exclusive appeal is not compromised. Even Marchionne would have found that challenging.”