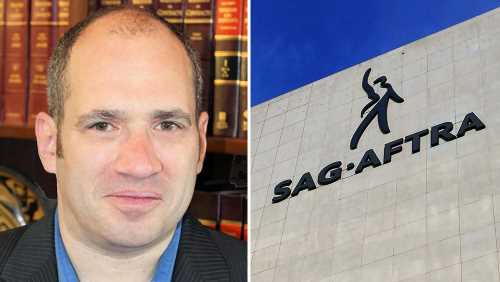 SAG-AFTRA has engaged Jonathan Handel, The Hollywood Reporter’s former labor reporter, as an outside special counsel to work on special projects.

Handel, a practicing attorney who covered the industry for a decade at the trade paper, left his post at THR but will continue to practice entertainment and technology law for other clients that do not conflict with his SAG-AFTRA assignments. As part of the agreement to engage Handel, the union is also acquiring an app that he wrote to help members navigate their health insurance options.

“We are thrilled to have Jonathan working with SAG-AFTRA and look forward to engaging his talents on a number of crucial issues and projects,” said Duncan Crabtree-Ireland, the union’s chief operating officer and general counsel. “He is an accomplished and forward-thinking attorney with a talent for incisive analysis, which coupled with his entertainment industry expertise perfectly positions him to help advise on complex matters for the union.”

“This is a time of enormous economic and technological challenge for all SAG-AFTRA members,” Handel said in a statement. “Working- and middle-class people are under assault in this country, and our industries are no different. I’m excited and grateful to have the opportunity to help tackle some of the toughest problems ever faced by the union’s members – many of whom I have the privilege to call friends – and I hope to make an enduring contribution to their careers, well-being and basic dignity.”

Handel, a Harvard Law School alum, was active in LGBTQ and party politics and wrote a local civil rights ordinance in addition to serving on various city commissions. He clerked for a federal court of appeals judge, practiced appellate litigation, served as a federal Associate Independent Counsel investigating alleged White House political misconduct. He also was a member of the WGA West’s legal staff before transitioning to entertainment and technology transactional law, negotiating for a range of clients. The author of four books about entertainment labor, he is currently on the adjunct faculty at the USC Gould School of Law and the Southwestern Law School, and is and is a non-resident research fellow at the Rytgers School of Management and Labor Relations’ Institute for the Study of Employee Ownership and Profit Sharing.