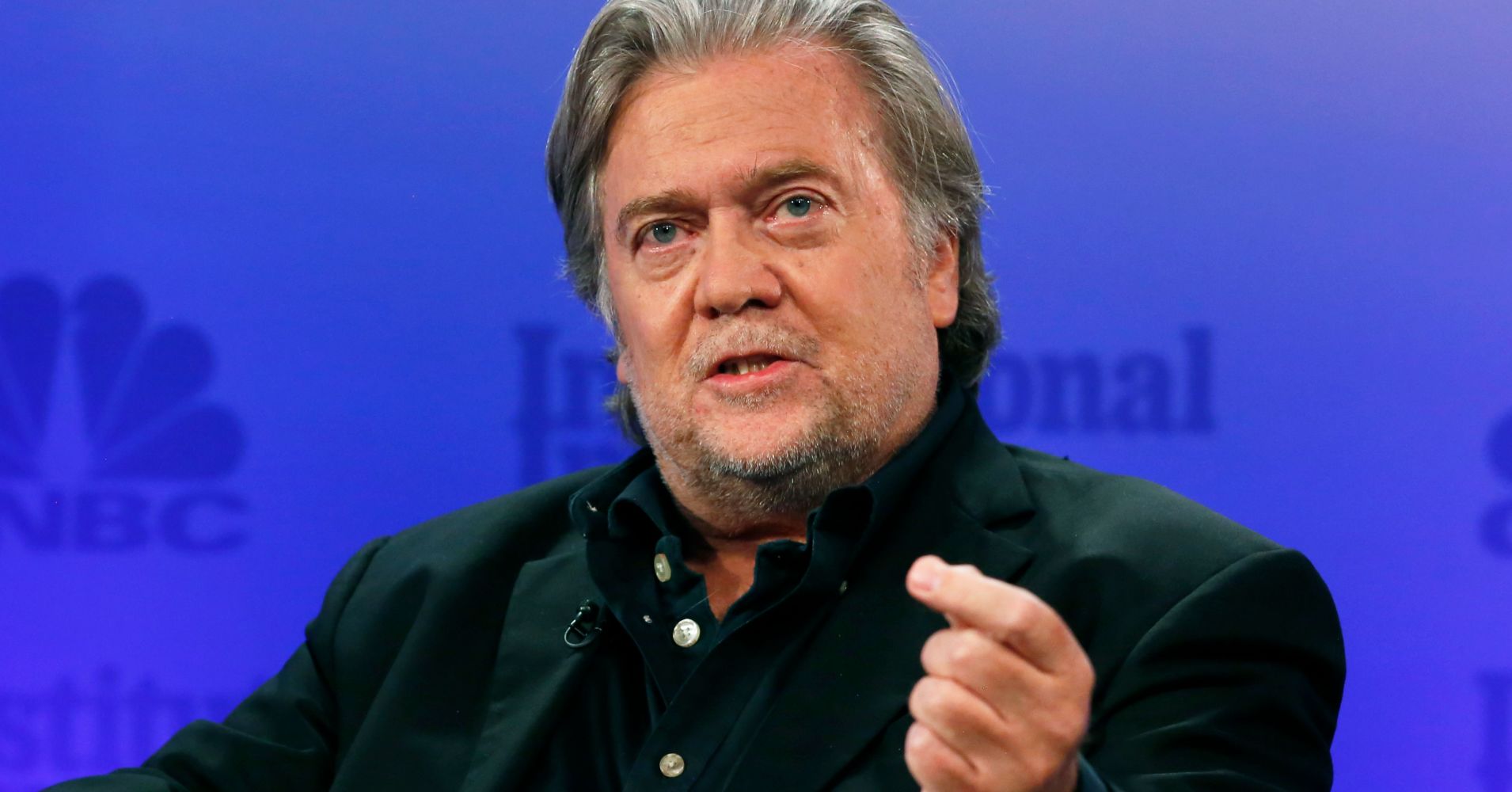 Steve Bannon, former top advisor to Donald Trump, said Wednesday that the U.S. has been embroiled in a trade conflict with China for decades.

“We’re at war with China,” Bannon said, praising Trump for taking on the Chinese. “We’re winning.”

His appearance comes on the heels of a provocative statement he gave to CNBC on Tuesday in which he said Trump knows he needs to “unite the West against the rise of a totalitarian China.”

For Bannon, the war against China can only end in one way and that’s with the U.S. as victors.

“How it ends is in victory. Victory is when they give all full access to their markets,” he said.

Bannon says his message is still heard within the White House. He told CNBC he is in contact with administration officials and implied that he speaks with the president through lawyers.

Bannon’s resurgence comes after nearly a year after he was forced out of the White House but the former senior advisor said on Wednesday he will never return to the White House.

“I hated every second of it,” Bannon said.

During his tenure at the White House, Bannon was in charge of advising the president on how to best implement his nationalist agenda that appealed to the base of the Republican Party during the 2016 presidential election.

Many of those proposed policies have become part of the administration’s policies, including clamping down on illegal immigration, implementing tariffs on China and allies of the United States, and improving relationships with adversaries such as Russia.

However, many within the admonition, including Trump’s son in law Jared Kushner along with National Economic Council director Gary Cohn privately spoke out against Bannon and his bombastic methods of hurting his enemies through leaking stories to the press.

After butting heads with one too many White House officials, including, at times, Trump himself, Bannon left the administration in August and went back to the conservative news outlet of Breitbart to resume his duties as executive chairman.

However, tensions between Bannon and the commander in chief took a turn for the worse in January, when author Michael Wolff published his White House tell-all, “Fire and Fury.” In the book, Bannon called a meeting between Donald Trump Jr. and a group of Russians “treasonous” and “unpatriotic.” He also claimed that investigators were “going to crack Don Jr. like an egg on national TV.”

That was enough to get him pushed out at Breitbart, as one of its key financial supporters and an ally of Trump, Rebekah Mercer, turned on Bannon.

Her father, billionaire Republican donor Robert Mercer, also distanced himself from Bannon before the Wolff book was published.

Yet, even in his time gone from the Trump administration, Bannon has continued to push his populist and nationalist ideologies.

He recently toured Europe and met with candidates running for political office, including Italian populists who won the March elections and formed a coalition government in late May. Recently, Bannon has been trying to help the president and the GOP through his own political operation.

Since May, Bannon has been paying his surrogates to produce political ads in cities across the United States, according to people with direct knowledge of the matter.

The campaign will tout the Trump administration’s accomplishments that dovetail with Bannon’s own America first views, including passing a comprehensive tax reform bill and working with Congress to curtail the Dodd-Frank Act’s impact on community banks, people said.

The ads will argue that Trump needs Republicans to control the House and the Senate in order for him to continue to pursue his agenda, the people added. The ads will not endorse specific candidates but rather the need for Republicans to maintain control of both chambers.

As part of Bannon’s plan, dubbed “top secret” by one of his allies, he’s also looking to create a war room, a person with knowledge of the matter said, that will allow him to monitor contests through the November election.

It is unclear where Bannon is getting the financing. He has had a long history of working in media, politics and investment banking with wealthy individuals any of whom could be the source of funding.