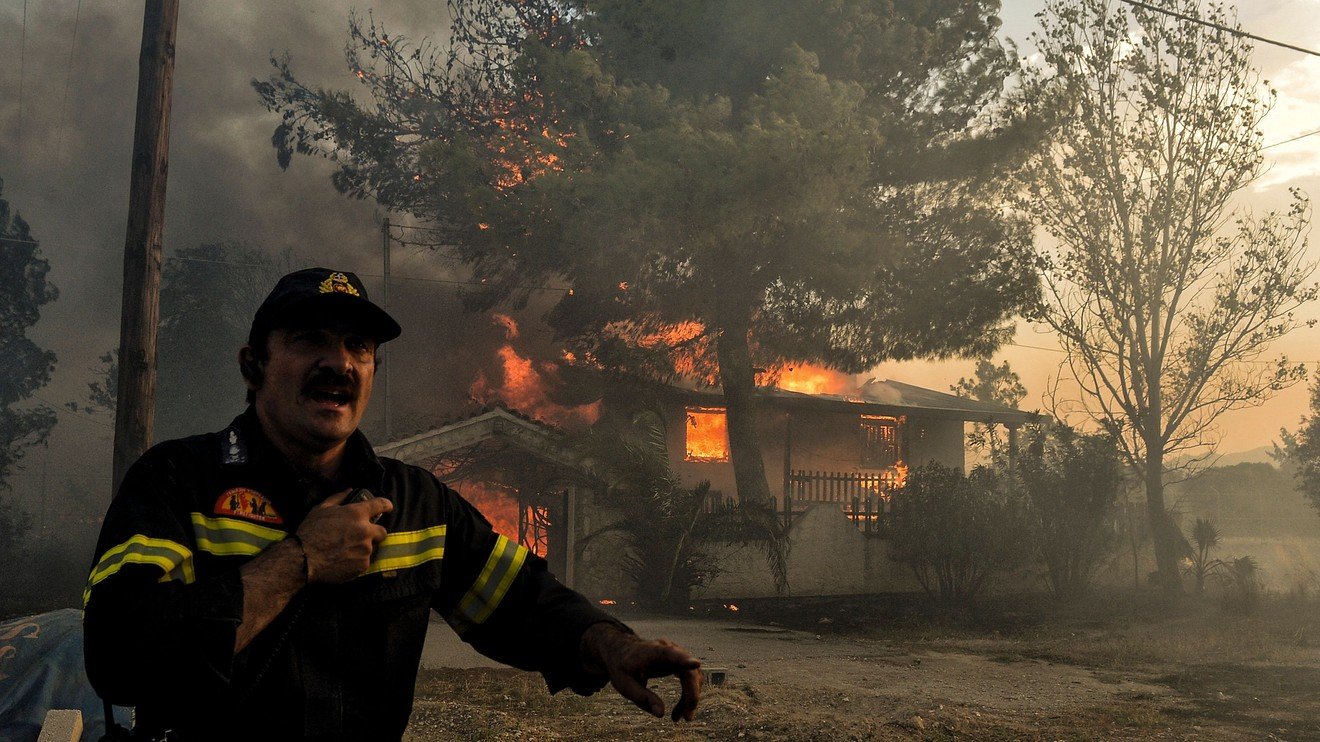 Wildfires spreading in Greece have killed at least 49 people, including 26 found dead together in a field at a seaside resort.

Initially, Greek authorities said there were 24 deaths from forest fires raging in the outskirts of Athens, which burned down homes and sent people fleeing for their lives. But early Tuesday morning, the Red Cross discovered another 26 bodies between two villas in the coastal town of Mati, reports said.

The country’s fire department has since confirmed that 49 people have perished in what is being described as Greece’s worst fire crisis in more than a decade. At least 156 adults and 16 children have been hospitalized with injuries, the Associated Press reported, with 11 of the adults in a serious condition.

“We were unlucky. The wind changed and it came at us with such force that it razed the coastal area in minutes,” Evangelos Bournous, mayor of the port town of Rafina, told the AP.

Most of the those killed were in Mati, which lies 25 miles northeast of Athens, and died trapped in their cars or homes, the BBC reported.

“Mati doesn’t even exist as a settlement anymore,” one woman told Greece’s Skai TV, according to the New York Post. “I saw corpses, burned-out cars. I feel lucky to be alive.”

Fanned by strong winds, the wildfires sent hundreds of tourists and residents running for the sea to escape the flames. Fishing boats, yachts and navy vessels helped rescue them, Sky News reported.

“Thankfully, the sea was there, and we went into the sea, because the flames were chasing us all the way to the water,” said Kostas Laganos, a survivor of the Mati blaze, according to the BBC.

“It burned our backs and we dived into the water. … I said my God, we must run to save ourselves,” he reportedly said.

Prime Minister Alexis Tsipras has declared a state of emergency in Attica, the region affected, and has called on the European Union for help with firefighting. Greece has already mobilized firefighters and other services to try to contain the forest fires, which threaten to keep raging as temperatures mount.