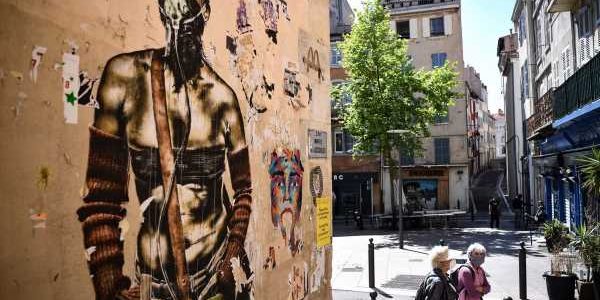 The unprecedented showing forEurope Écologie Les Verts, a once minor political party, means Green mayors will take charge in Marseille, Lyon, Bordeaux and Strasbourg. The party also came out on top in mid-sized cities such as Tours, Besancon, Annecy and Poitiers, while retaining control of Grenoble.

Even Paris mayor Anne Hidalgo was re-elected with the Green Party’s endorsement, causing French media to upgrade their description of the “green wave” to a “green tsunami.”

It’s too soon to call it a permanent shift, though. The first round of voting in March came as the nation was shutting down due to the coronavirus pandemic. The second round, on June 28, came just days after the lockdown was lifted. Perhaps as a result, national turnout was only 40%. Moreover, in several cities where the Greens now hold power—most notably Marseille—they are part of a coalition with more established parties.

Nevertheless, based on campaign promises made by Green candidates and their party, the results could reshape France’s urban policies for the next six years. Here are some of the policies they plan to pursue:

Traffic and transportation have long been major political battlegrounds in France, given the anti-automobile stance of Paris officials and the Yellow Vest protests sparked by proposed fuel tax increases. France’s new Green mayors aim to reduce space allotted to cars within their cities, and increase options for so-called soft mobilities, such as walking and cycling.

Lyon, France’s second largest metropolitan area and third largest city, plans to create a 450 kilometer network of express cycleways, encircling the city core in aheart-shaped network. Incoming Mayor Grégory Doucet also wants to introduce a 30 kph speed limit for cars throughout much of the city. In Bordeaux, incoming mayor Pierre Hurmic is planning a protected cycle path around his city’s inner boulevard ring, while Strasbourg’sJeanne Barseghian wants to create 15 km of protected lanes for every year of her mayoral term.

Public transit should get a boost, too. Marseille’s Michele Rubirola—a Green candidate who led a left-wing coalition to victory but has yet to be confirmed as mayor—wants to double public transit and create dedicated lanes on central streets. Strasbourg’s new mayor also plans to expand the city’s tram network, and wants to create a suburban commuter rail system similar to the regional express network in Paris.

These new mayors also plan to scrutinize city contracts to ensure sustainable practices. Lyon’s Greens have said they want to make it a key factor in assigning public contracts, while those in Bordeaux and Marseille have promised to make brownfield sites a priority for future construction. Bordeaux’s new mayor also promisedto halt construction on previously undeveloped land, or greenfields.

Under new Green administrations, public funds may also be used to curb energy use, reduce emissions, better insulate homes and plant trees. Strasbourg’s Barseghian, for example, has committed to funding insulation for 8,000 homes per year, while Lyon has committed to 10,000 a year.

In Bordeaux and Tours, Greens wants to make soaring summer temperatures more bearable by planting “micro-forests,” around 200 square meters each, at key sites to provide shade and air-cooling. Bordeaux’s incoming administration seeks to build a green mosaic such that every citizen has green space within a 10-minute walk.

The desire for locally focused development has grown stronger during the pandemic. Green policy proposals all prioritize goods and services created within or near French cities. Lyon has committed to making school meals 100% organic, with 50% of all ingredients coming from the surrounding region.

In Bordeaux, incoming mayor Pierre Hurmic wants to address the deep urban-exurban divide that fuels the “Yellow Vest” movement. He suggests spreading out investments in jobs and services to include areas surrounding cities, sharing urban resources with smaller towns. And popular tourist destinations such as Tours and Strasbourg say they want to attract more visitors from within France or neighboring nations.

While its messaging on clean transit is clear, the Green Party’s approach to housing is somewhat less so. Some cities do have major plans: The Greens in Marseille want to create a mechanism to monitor and control rents while sticking with an existing target of building 30,000 new homes each year. Some 25% of new residences would be affordable housing under their plan.

Bordeaux’s new officials go a step further, seeking compulsory tenant occupancy of empty homes, having estimated that half of the city’s 10,000 unoccupied residences may be suitable.

It will be awhile before we see exactly how many, if any, of these aspirations come to pass. Without an extensive track record in office, France’s Greens remain a somewhat untested force. The party also includes a broad political spectrum, ranging from centrists to leftists.

What seems clear is that France’s Green mayors will likely reshape public policy beyond cities where they hold sway: Chastened by his party’s losses, President Emmanuel Macron on Monday promised at extra €15 billion ($16.9 billion) tofight the climate crisis.

Best cities to open a restaurant