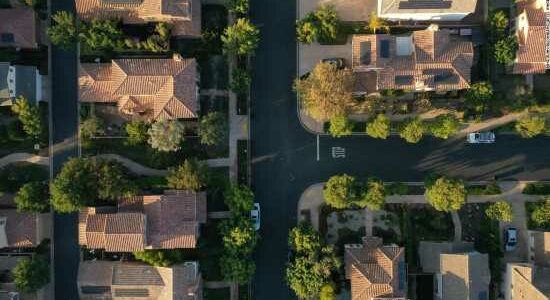 Home sales inched slightly higher in June as the inventory of available homes to buy increased, but home prices still remained on a tear, according to a report from the National Association of Realtors.

Consistently low inventory has pushed prices higher over the past year. The median price for an existing home in June hit an all-time high of $363,300, up 23% over last year. That marks 112 straight months of year-over-year gains.

How much house can I afford?

How does inflation affect my standard of living?

How much do I need to save for retirement?

The sales of existing homes — which include single-family homes, townhomes, condominiums and co-ops — rose 1.4% from May to June, breaking four consecutive months of declines. Home sales were up 23% from a year ago — although that comparison is skewed because some regions of the US were still shut down in June of last year due to the pandemic.

“Supply has modestly improved in recent months due to more housing starts and existing homeowners listing their homes, all of which has resulted in an uptick in sales,” said Lawrence Yun, NAR’s chief economist. “Home sales continue to run at a pace above the rate seen before the pandemic.”

At the end of June there were 1.25 million homes for sale, up 3.3% from May’s inventory and down 18.8% from one year ago. At the current sales pace, that equates to a 2.6-month supply. A balanced market between homebuyers and sellers generally needs a 6-month supply.

“At a broad level, home prices are in no danger of a decline due to tight inventory conditions, but I do expect prices to appreciate at a slower pace by the end of the year,” Yun said. “Ideally, the costs for a home would rise roughly in line with income growth, which is likely to happen in 2022 as more listings and new construction become available.”

Still, the market continues to move at a brisk pace, with nearly 90% of homes selling within a month. Properties were typically on the market for 17 days in June, which was unchanged from May and down from 24 days a year ago.
Three of the four major regions of the US saw sales gains last month, while in the fourth — the South — sales remained flat. Even so, all four areas saw double-digit price gains over last year.

While the median price of a home continues to go up, some of that price growth is because more larger, expensive homes are selling. Sales of homes priced between $100,000 and $250,000 dropped by 16% from last year, but sales of homes priced between $750,000 to $1 million were up 119%, and sales over $1 million were up 147%.
“Huge wealth gains from both housing equity and the stock market have nudged up all-cash transactions, but first-time buyers who need mortgage financing are being uniquely challenged with record-high home prices and low inventory,” Yun said. “Although rates are favorably low, these hurdles have been overwhelming to some potential buyers.”
Source: Read Full Article