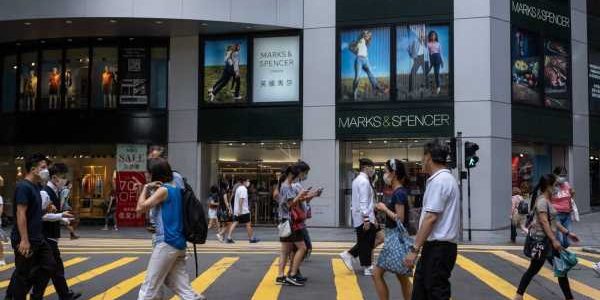 Hong Kong saw a record 115 new local virus cases on Friday — the third day of infections breaching a hundred — as the city’s outbreak continues to worsen despite tightened restrictions.

Of the additional local cases, 53 were unlinked to previous cases, according to data from the city’s health department. The Asian financial hub has been caught off-guard by the sudden eruption of infections, with the number of untraceable cases signaling that hidden chains of transmission are widespread.

Hong Kong is not alone in fighting a coronavirus resurgence. Across the region, new wavesreached new heights this week, with Tokyo and Australia’s Victoria state also seeing consecutive record growth in infections, in a sign containing the virus is becoming more challenging across the world.

The former British colony, where cases never grew above 28 until this new eruption, is scrambling to boost hospitalization and testing facilities, which are coming under strain. A new community isolation facility with 350 wards has been opened, officials said.

“The trend of new cases is still increasing,” said Chuang Shuk-Kwan, head of communicable diseases at the Center for Health Protection. “Only relying on the quarantine of close contacts and the isolation of new cases won’t work. Halting the outbreak relies on the cooperation of the general public.”

Officials in the former British colony have imposed their strictest restrictions yet after easing guidelines over the past month. The Hong Kong governmentextended work-from-home arrangement for civil servants by one week to Aug. 2 on Thursday, a directive many private companies follow.

— With assistance by Matt Turner