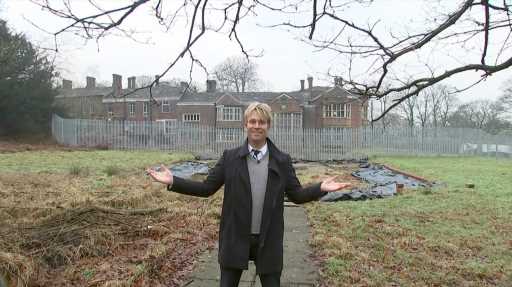 EXCLUSIVE: Finding Hopwood, the memoir penned by actor and producer Hopwood DePree, has secured a global publishing deal after an auction. Executive editor Rachel Kahan of William Morrow, a division of HarperCollins USA, landed the book with a six-figure advance.

DePree’s book chronicles his journey moving from Hollywood to northern England to rescue his dilapidated 600-year-old ancestral home, Hopwood Hall Estate. It was developed from his one-hour live stand-up comedy show that toured in 2019 and culminated at last year’s Edinburgh Fringe. He has also been chronicling the journey on his Youtube channel.

Rachel Kahan has been the editor of bestsellers including Hidden Figures, which was adapted into an Oscar nominated movie.

Hopwood Hall Estate was lost from the Hopwood family in the early 20th century when the last two male heirs in England were killed in the First World War. DePree rediscovered the building while surfing the web, recognizing it from stories of his childhood, and decided to try and bring it back to life.

“This is a huge step forward in saving Hopwood Hall,” said DePree. “I am still in shock about how tracing my ancestry has taken me on this journey of a lifetime. I am hopeful that telling my story will inspire others to seek out their own ancestry to see where it leads. I also dearly hope to bring as much awareness as possible to the rescue of the Hopwood Hall Estate enabling it to be there for future generations to enjoy.”

Hopwood DePree was repped in the deal by literary agent Jen Marshall, of Aevitas Creative Management and manager Jay Froberg of ROAR.