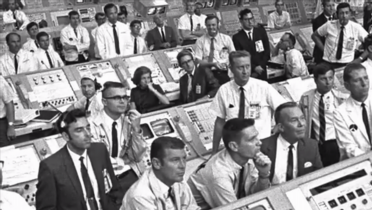 House expected to vote on whether to hold Barr, Ross in contempt

The House of Representatives is expected to vote Tuesday on whether to hold Attorney General William Barr and Commerce Secretary Wilbur Ross in criminal contempt after they opted not to comply with subpoenas for information related to the push to add a citizenship question to the 2020 census. Criminal contempt can carry steep penalties, including huge fines and prison time. The move largely is symbolic,  however, as it’s unlikely the Department of Justice will pursue charges against Barr and Ross. It comes after the Oversight and Reform Committee found Barr and Ross in contempt, on a bipartisan 24-15 vote, last month. It’s the second time a House committee has found Barr in contempt as the Judiciary Committee did so in May for defying a subpoena for special counsel Robert Mueller’s full report on Russian interference in the 2016 election.

Attorney General William Barr was in South Carolina where he visited a prison and spoke about the census and a citizenship question, Bob Mueller testifying before Congress. (July 8)
AP, AP

Fifty years ago Tuesday, a Saturn V rocket carrying three astronauts blasted off from Florida’s Kennedy Space Center as the Apollo 11 mission to the moon got underway. Four days after the launch, on July 20, 1969, America’s staggering technological feat was achieved as Neil Armstrong spoke from the surface of the moon: “Houston, Tranquility base here. The Eagle has landed.” In celebration of Apollo 11 this week, TV networks are rolling out specials, miniseries and movies. In the nation’s capital, an image of a 363-foot Saturn V will be illuminated on the Washington monument. Step inside the moon mission with our augmented reality (AR) experience, “Apollo 11: America’s Journey To The Moon,” on the USA TODAY app. Looking ahead, there are more players in the space race, but they aren’t in it for national pride. They are banking on financial opportunities and mining the moon for everything from tourism to clean energy.

For first time, Columbus will not observe Columbus Day, its namesake holiday

On National Police Week, officers ‘feel more scrutinized than ever’