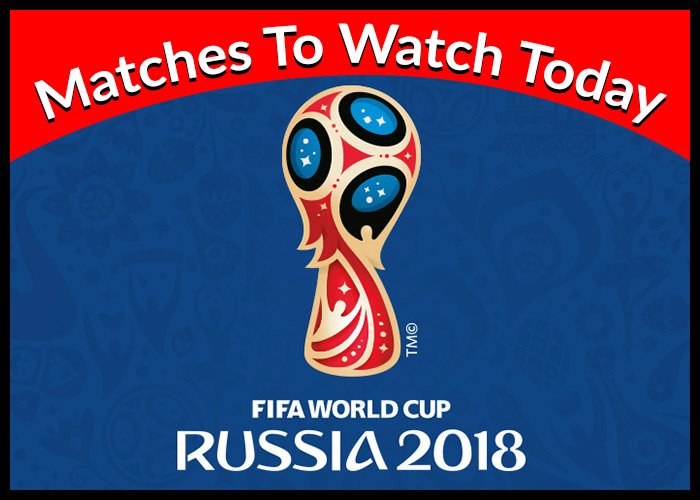 Interesting Games On The Cards As Second Round Winds Up Today

With matches between Switzerland and Sweden, and England and Colombia today, the second round of this World Cup comes to an end. The winners of will complete the list of quarter-finalists of Russia 2018.

This is a huge opportunity for both Sweden and Switzerland to be back into last eight after a long gap.

It’s 24 years since Sweden found themselves in the last eight, on the way to a bronze medal at USA 1994, while the Swiss haven’t seen a World Cup quarter-final since 1954, when they were the hosts.

Both have enjoyed their high points in Russia so far – Sweden with that emphatic second half against Mexico, Switzerland in dramatically beating Serbia.

As per their FIFA World Ranking, Sweden takes ground today as underdogs. The defense will once again be key but scoring three goals against Mexico in the first round was an important display of just how effective and dangerous they can be.

Knowing that Sweden will bring physical strength, the Swiss will want to dominate the game right from the start. Having not reached the quarter-finals for 64 years, Switzerland is “hungry” to make history, says their coach Vladimir Petkovic. “We are hungry. Just like our fans at home and in Saint Petersburg.”

Both team managements will be forced into a reshuffle for this encounter due to suspensions. Sweden are without Sebastian Larsson while Switzerland will be missing key defenders Fabian Schaer and captain Stephan Lichtsteiner.

The meeting between Colombia and England at the Spartak Stadium in Moscow tonight will be the last of the Round of 16 fixtures at this World Cup.

History is on England’s side as Colombia have never managed to beat the Three Lions, with the most recent encounter ending in a 2-0 win for England at 1998 World Cup in France.

This game against Los Cafeteros will be the first true measure of a young England side, which is a combination of talent, self-confidence and vitality.

For Harry Kane, who currently leads the race for adidas Golden Boot having scored five goals in just two appearances, his main priority is getting through.

Kane is hoping England to create most of the chances against Colombia on Tuesday with an open, attacking affair, “even though they have some great attacking players like [Radamel] Falcao and James [Rodriguez].”

Interestingly, it is Kane’s Tottenham Hotspur team-mate Davinson Sanchez who has been entrusted with the task of stopping him. The youngest member of the Colombia squad, Sanchez has acquired a reputation as a determined and dependable defender.

Colombia are hoping to reach the last eight for a second consecutive time by dominating possession and controlling the tempo of the game.

But they are yet to fully tap into the attacking potential of a side spearheaded by Radamel Falcao and James Rodriguez. Rodriguez is doubtful for this game due to injury.