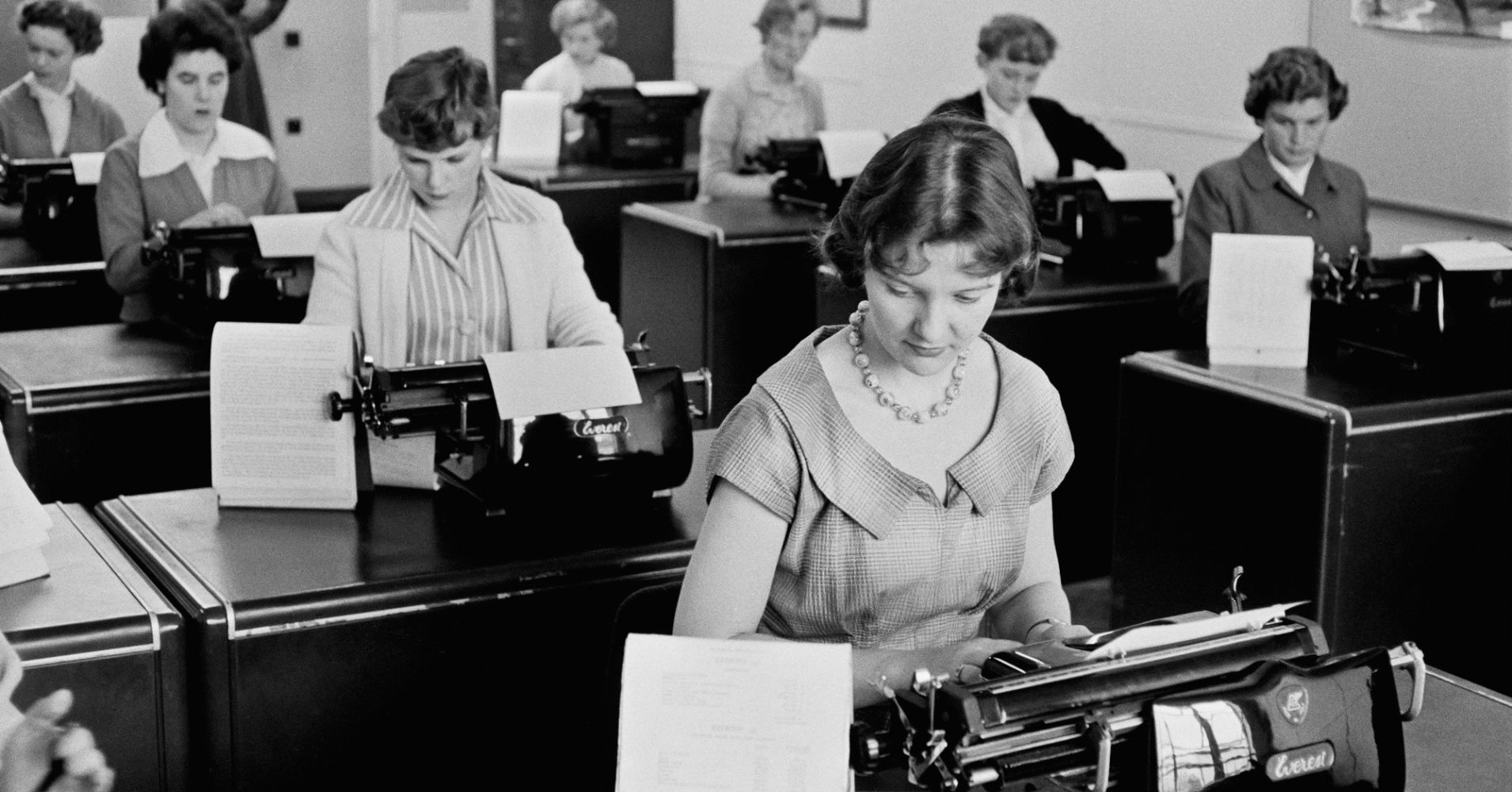 Like many women in the 1950s, Bette Nesmith Graham made a living as a secretary. But between her sub-par typing skills, her critical boss and the fact that she had to support herself and her young son Michael, she needed to find a way to hold onto her job. As a result, she invented Liquid Paper correction fluid, which became a business that made her millions, as the New York Times details in a recent obituary, part of their “Overlooked” series.

Graham was divorced and functioning as a single mother in her early 20s, working a number of side hustles in art and modeling. Money often made her “burst into tears of panic,” her son recalls in his 2017 autobiography “Infinite Tuesday: An Autobiographical Riff.”

By the time she was 30, Graham had gotten a steady job at Texas Bank & Trust earning $300 a month. But she got frustrated making typos on her typewriter that she couldn’t fix. Tapping into her artistic background, Graham created her own solution: obscure typos using fast-drying white tempera paint and a watercolor brush.

Though she couldn’t afford the $400 fee to copyright the original name for her concoction, “Mistake Out,” she continued perfecting the formula. “During that time, I often became discouraged,” Graham told Texas Woman magazine in 1979. “I wanted the product to be absolutely perfect before I distributed it, and it seemed to take so long for that to happen.”

Unlike Twitter co-founder and CEO Jack Dorsey and Salesforce founder and CEO Marc Beinoff, each of whom received their bosses’ blessings to quit their jobs and launch their dream businesses, Graham had to keep her “Mistake Out” side hustle a secret. She covertly sold the correction fluid to other secretaries and, later, to wholesalers.

As her business grew and her son got older, Graham paid Michael and his teen friends $1 an hour to work out of her garage, filling nail polish bottles with liquid and slapping labels on them by hand.

Four years after coming up with Mistake Out, Graham accidentally signed a bank letter with the name of her private company and got fired. This gave Graham the opportunity to devote herself to her business full-time. She settled on the name Liquid Paper and finally applied for a patent.

She secured majored clients like General Electric and IBM and kept growing steadily. Within 10 years, she opened an automated plant and, by 1975, the company made 25 million bottles of Liquid Paper a year.

Graham was following one of the chanciest but most potentially lucrative paths to amassing wealth: risking her time and money in pursuit of building her dream business. Financial planner Tom Corley explains, “When you realize a business dream, the financial rewards are very often significant when compared to the investment. And the payoff is often life changing.”

Indeed, as her company succeeded, Graham could at last afford luxury items like fancy jewelry and a Rolls Royce. She set up two nonprofits which provided financial support and grants to women in the arts and in business. But Graham’s second husband, Robert Graham, who had become highly involved in the company, tried to wrest control away from her. She filed for divorce in 1975 and, in 1979, sold the company to the Gillette Corporation for $47.5 million. Just six months later, she died unexpectedly of a stroke.

Michael, Graham’s son, went on to be a member of the popular 1960s rock group The Monkees and inherited $25 million from his mother after she passed away. He took over her nonprofits and continued sharing his mother’s story.

“She had a vision, she had a lot of help, she married again and had some help [from] some capable execs,” he said in a 1983 interview with David Letterman, “but she built it into a big multimillion-dollar international corporation and saved the lives of a lot of secretaries.”