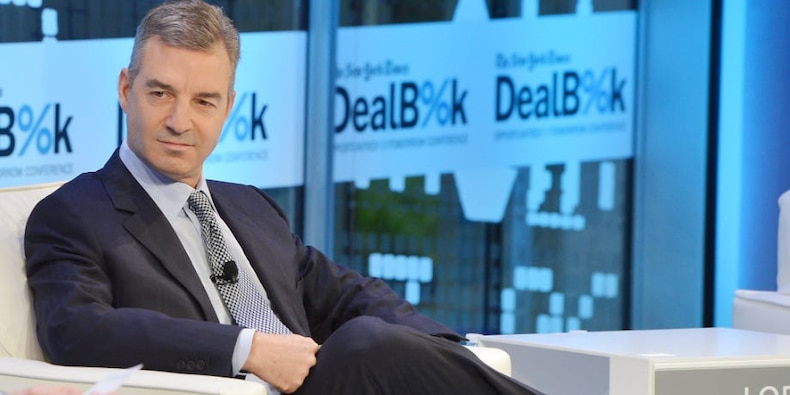 Dan Loeb's New York-based hedge fund Third Point is yet another name in a line of Wall Street players to reveal cryptocurrency investments.

Third Point, which manages about $17 billion, disclosed in a regulatory filing in late March that five of its funds hold crypto assets under custody with Coinbase. The amount and duration of investment is currently unclear.

In a separate brochure, the firm said it could invest in crypto directly or indirectly through derivatives contracts.

Coinbase recently disclosed it holds $122 billion worth of institutional investments, which make up about 54% of the crypto exchange's total assets. The company expects to see "meaningful growth" through the remainder of the year, after raking in revenues of about $1.8 billion in the first-quarter of 2021, owing to increased institutional interest in crypto.

The exchange will go public via a direct listing on the Nasdaq this Wednesday.

Loeb's Third Point, which specializes in shareholder activism, may have taken the plunge into cryptocurrencies before the billionaire said last month he was exploring the space. "I've been doing a deep-dive into crypto lately," he said in a tweet at the time. "It is a real test of being intellectually open to new and controversial ideas."

The hedge fund did not specify which cryptocurrencies it holds, but crypto investor Anthony Pompliano tweeted that it's holding bitcoin. 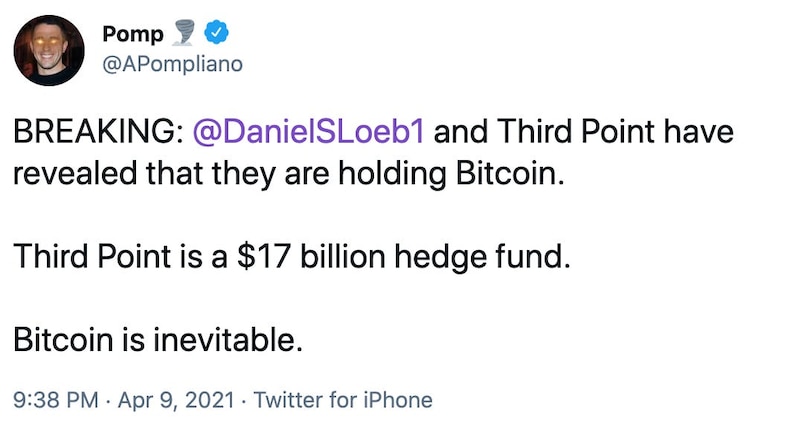 Loeb himself confirmed the fund's crypto holdings in a tweet citing a CoinDesk report about its custody deal with Coinbase.