Home » Business » It's your last chance to earn up to 80,000 points with the Chase Southwest personal cards — and it's now even easier to qualify for the Southwest Companion Pass

It's your last chance to earn up to 80,000 points with the Chase Southwest personal cards — and it's now even easier to qualify for the Southwest Companion Pass

This article is brought to you by the Personal Finance Insider team. It has not been reviewed, approved, or otherwise endorsed by any of the issuers listed. Some of the offers you see on the page are from our partners like Citi and American Express, but our coverage is always independent. Terms apply to the offers listed on this page.

Credit card issuers have responded to the pandemic by adding new benefits and ways to earn and redeem rewards. Now that people are thinking about flying again, we’re seeing more improved sign-up bonuses — and some are the highest we’ve ever seen.

These offers have become even more lucrative because Southwest has made it easier for flyers to earn the Southwest Companion Pass in 2021. Normally, you’d need to earn 125,000 qualifying points in a calendar year (or fly 100 one-way flights) to unlock the Companion Pass, and points earned from Southwest credit cards count toward the requirement.

Now, Rapid Rewards members with active accounts as of December 31, 2020, have been credited 25,000 out of the required 125,000 points (and 25 qualifying flights) automatically — effectively reducing the Companion Pass requirement to just 100,000 points or 75 flights this year.

Even if you’re not quite ready to travel, it’s worth considering these offers. Southwest points never expire, so you could put aside a substantial stash of points now and use them for a big trip when you’re ready to travel again.

We’re focused here on the rewards and perks that come with each card. These cards won’t be worth it if you’re paying interest or late fees. When using a credit card, it’s important to pay your balance in full each month, make payments on time, and only spend what you can afford to pay.

You’ll also earn 5x points on Southwest purchases between December 1 and March 31, 2021, on up to $2,000 in spending per month (then 2x). Other spending bonus categories and benefits vary depending on the card. 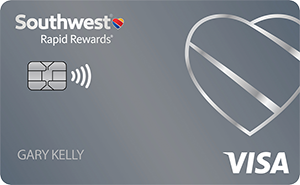 You’ll earn 3,000 bonus points each account anniversary (worth about $45 in Southwest airfare, according to travel website The Points Guy), which covers much of the annual fee. Keep in mind this is the only Southwest personal card that adds foreign transaction fees, so you shouldn’t use it overseas. 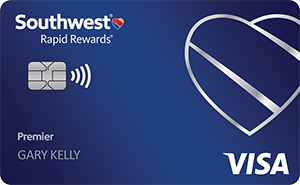 If you’re aiming for Southwest elite status, the Southwest Rapid Rewards® Premier Credit Card can give you a boost. You’ll earn 1,500 tier-qualifying points (TQPs) for each $10,000 in purchases you make with the card, up to $100,000 in purchases each year. 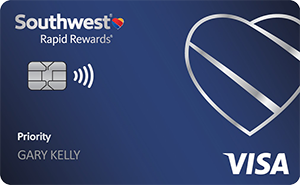 Fast-track to the Southwest Companion Pass

What’s great about these offers is that the welcome bonus alone can get you most of the way to earning the Southwest Companion Pass. When you have the Companion Pass, you can bring a designated companion along with you for just the cost of taxes as fees (about $6 one-way on domestic flights) — whether you’re flying on a paid or award ticket.

To qualify for the Companion Pass, you must earn 125,000 Southwest points in a calendar year, and points from Southwest credit card sign-up bonuses and spending count toward this total. However, due to the pandemic, Rapid Rewards members with open accounts as of December 31, 2020, have received 25,000 Companion Pass qualifying points for 2021 — effectively reducing the requirement to just 100,000 points for the calendar year.

What’s more, the timing of these offers couldn’t be better. Because the Companion Pass is valid for the rest of the year in which you’ve earned it plus the whole year after, by earning the bonus early in the year, you can enjoy Companion Pass privileges for nearly two full years.

With the reduced 2021 requirement (as long as your Rapid Rewards account was open as of December 31, 2020), that leaves just 10,000 Southwest points to reach Companion Pass status after you factor in the points you’ll earn from meeting the minimum spending requirement on the card. You can earn those from spending more on your card, flying on Southwest, purchases with Rapid Rewards partners, and shopping through the Southwest shopping portal (bonus points excluded). Even easier, you could sign-up for a Southwest small-business card and earn the bonus — between one personal and one business card, you’d earn more than enough points.

There’s no guarantee Southwest will make similar extensions in the future, so if you’re unsure about when you’ll start flying Southwest again, it may be best to hold off on pursuing the Companion Pass for now. 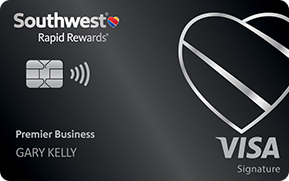 You’ll also have the opportunity to earn tier qualifying points toward Southwest A-List and A-List Preferred elite status, and won’t be charged any foreign transaction fees. 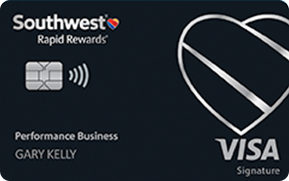 You’ll also receive 9,000 Southwest points (worth about $135 in Southwest airfare) each card anniversary. If you fly Southwest frequently, you can even get more value, because the card comes with four upgraded boardings per year when available (worth up to $50 each) and up to 365 inflight Wi-Fi credits each year (worth $8) each.

Both the personal and small-business Chase Southwest cards are subject to the Chase 5/24 rule, which means if you’ve opened five or more cards (from any bank) in the past 24 months, you won’t be approved for the card.

While you’re allowed to have one personal and one small-business Southwest card at the same time, there are other card application restrictions to keep in mind. For the Southwest personal cards, you aren’t eligible if you currently have any personal Southwest card, or have received an intro bonus on one in the past 24 months. This doesn’t include Southwest business cards.

And with the Southwest business cards, you won’t be approved if you currently hold the card, or have received a sign-up bonus for that specific card in the past 24 months. 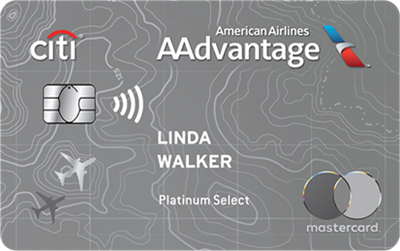