Amazon CEO Jeff Bezos answers questions on his company being a ‘gatekeeper’ and influencing markets such as smart-home devices and streaming services.

Not since Jennifer Aniston has a wronged woman done so much right.

MacKenzie Scott, the fourth-richest woman in the world, announced on Tuesday that she has dropped Bezos from her name and donated $1.7 billion to 119 nonprofits, with an emphasis on racial equality, marginalized groups and economic mobility.

Meanwhile, her ex-husband, Amazon founder Jeff Bezos — who publicly left MacKenzie for her close friend Lauren Sanchez — spent the week dropping $10 million on an LA home, just near the $165 million mansion he bought from David Geffen.

On Friday, Amazon posted a second-quarter profit of $5.2 billion, the biggest in its 26-year-history, due to a pandemic that is otherwise ravaging the economy.

Such a smug, reductive assertion, but one typical of a Big Tech overlord who knows his money will buy all the lawmakers it needs to keep Amazon intact.

WHAT’S HOUSE HUNTING LIKE FOR THE WORLD’S RICHEST MAN

This is the arrogance Bezos deems publicly acceptable. Can you imagine what he’s like in private? As a husband? 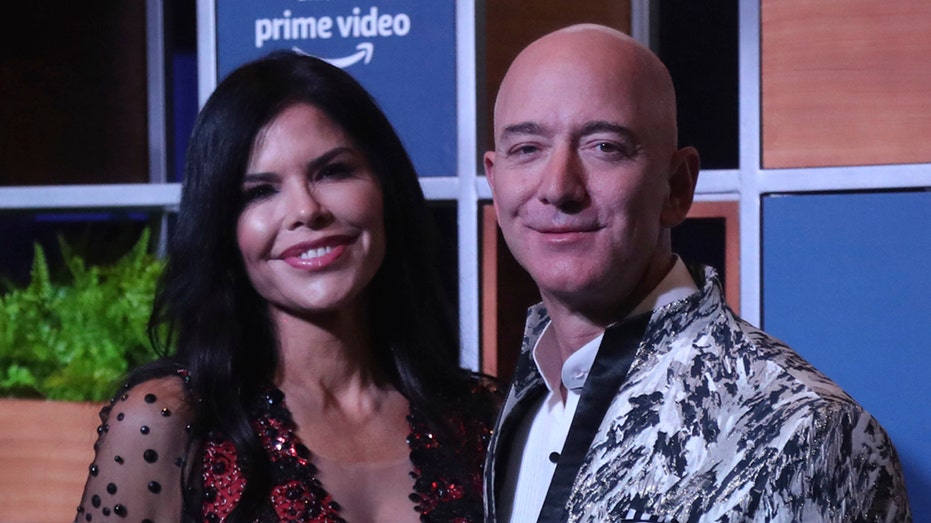 “I love you, alive girl,” a still-married Bezos texted Sanchez in 2018. “I will show you with my body, and my lips and my eyes, very soon.”

“I want to get a little drunk with you tonight,” went another text to Sanchez amid raunchy selfies. “Not falling down. Just a little drunk. I want to talk to you and plan with you. Listen and laugh. I basically WANT TO BE WITH YOU!!!”

“You make me better,” read another. “You’re meant for me. I know it more clearly than I’ve ever known anything.” 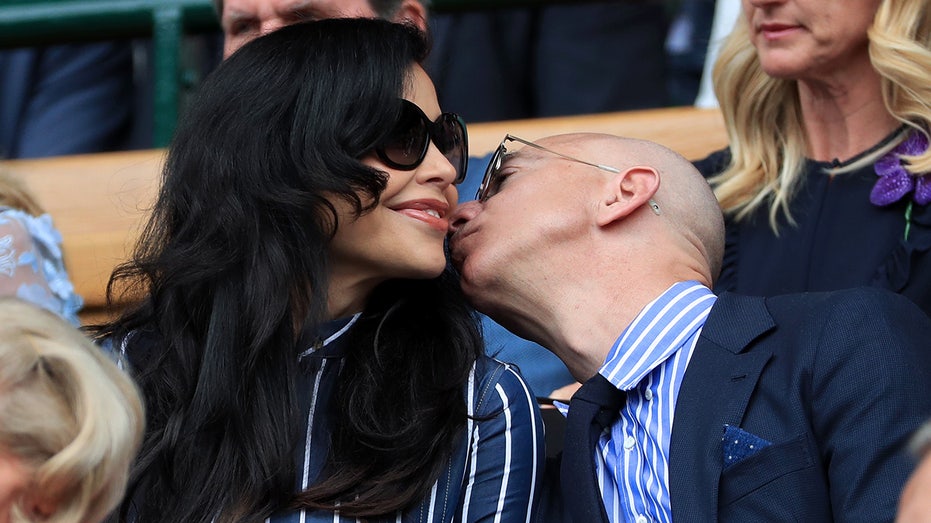 LONDON, ENGLAND: Jeff Bezos and his partner, Lauren Sanchez, look on from the Royal Box on Centre Court on Day 13 of The Championships – Wimbledon 2019 at the All England Lawn Tennis and Croquet Club on July 14, 2019 in London, England. (Photo by Sim

Those texts wound up splashed all over the National Enquirer, and federal investigators told The Wall Street Journal that the sexts were leaked by none other than Sanchez’s brother, who got a $200,000 payday from the tabloid. (Her brother denies the claims.) 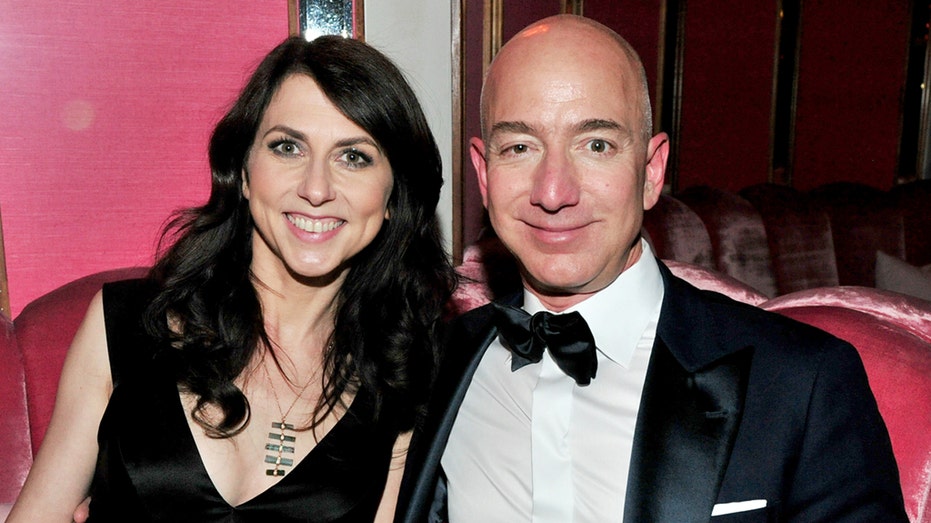 For MacKenzie, these indiscretions must have dealt the same blow that the infamous W cover (and accompanying 60-page spread) of Brad Pitt and Angelina Jolie playing happy families did to Aniston.

Especially as Bezos’ sexts were written months before MacKenzie and Bezos celebrated their 25th wedding anniversary in Miami.

Imagine MacKenzie’s humiliation. Imagine what she must have done to hide the worst from their four children while Bezos and Sanchez kept flying all over the country, checking out multimillion-dollar homes and parading their status as Big Tech’s Most Scandalous Couple. 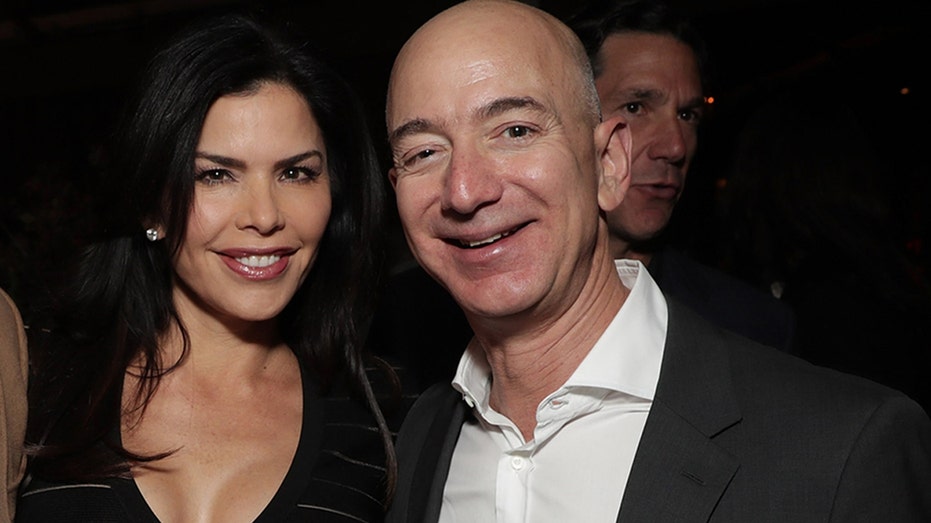 When MacKenzie married Bezos in 1993, he was just another computer nerd.

“I do remember the first time I heard him laugh,” she told the Seattle Post-Intelligencer in 2005. “I met him at the hedge fund where we worked in New York … I would hear him laughing all day. I fell in love with his laugh.”

At the time, MacKenzie was publicizing her debut novel, which took her eight years to write while she raised small children. Little is known of her story, but clearly she put her ambitions on hold so Bezos could pursue world domination.

After Jeff got himself a midlife mogul makeover in 2017 and began seeing Sanchez, a former host on “So You Think You Can Dance,” MacKenzie said nothing. 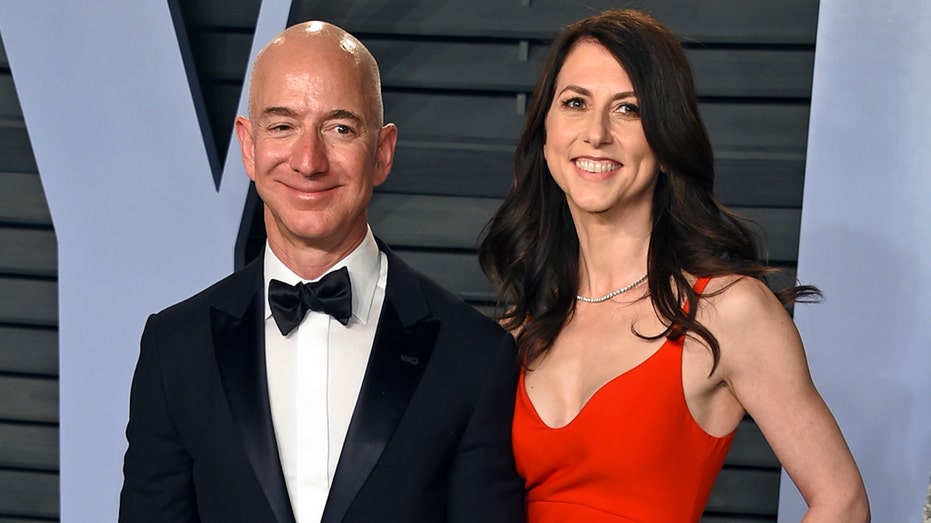 She maintained her dignity, got a great divorce lawyer and walked away with more money than she’ll ever need (current worth: $62.3 billion).

Their divorce was settled out of court, which kept the custody arrangement for their three minor kids secret. She signed the Giving Pledge and said on Tuesday, in part:

“Like many, I watched the first half of 2020 with a mixture of heartbreak and horror.”

Subtext: My ex-husband soullessly profits from this pandemic while firing workers who are refused bathroom breaks and basic human dignity.

She also wrote: “There’s no question in my mind that anyone’s personal wealth is the product of a collective effort” — ahem — “and of social structures which present opportunities to some people, and obstacles to countless others.”

Bezos is notoriously stingy when it comes to charitable giving, preferring to compete with Elon Musk over colonizing space.

It’s hard to think of a more apt description of Bezos — or a better post-divorce life awaiting MacKenzie than the one she has designed for herself.

Maureen Callahan is a bestselling author, award-winning investigative journalist, columnist, and commentator. She has covered everything from pop culture to politics. Her writing has appeared in Vanity Fair, New York, Spin and the New York Post, where she is Critic-at-Large.

This column first appeared in the New York Post. 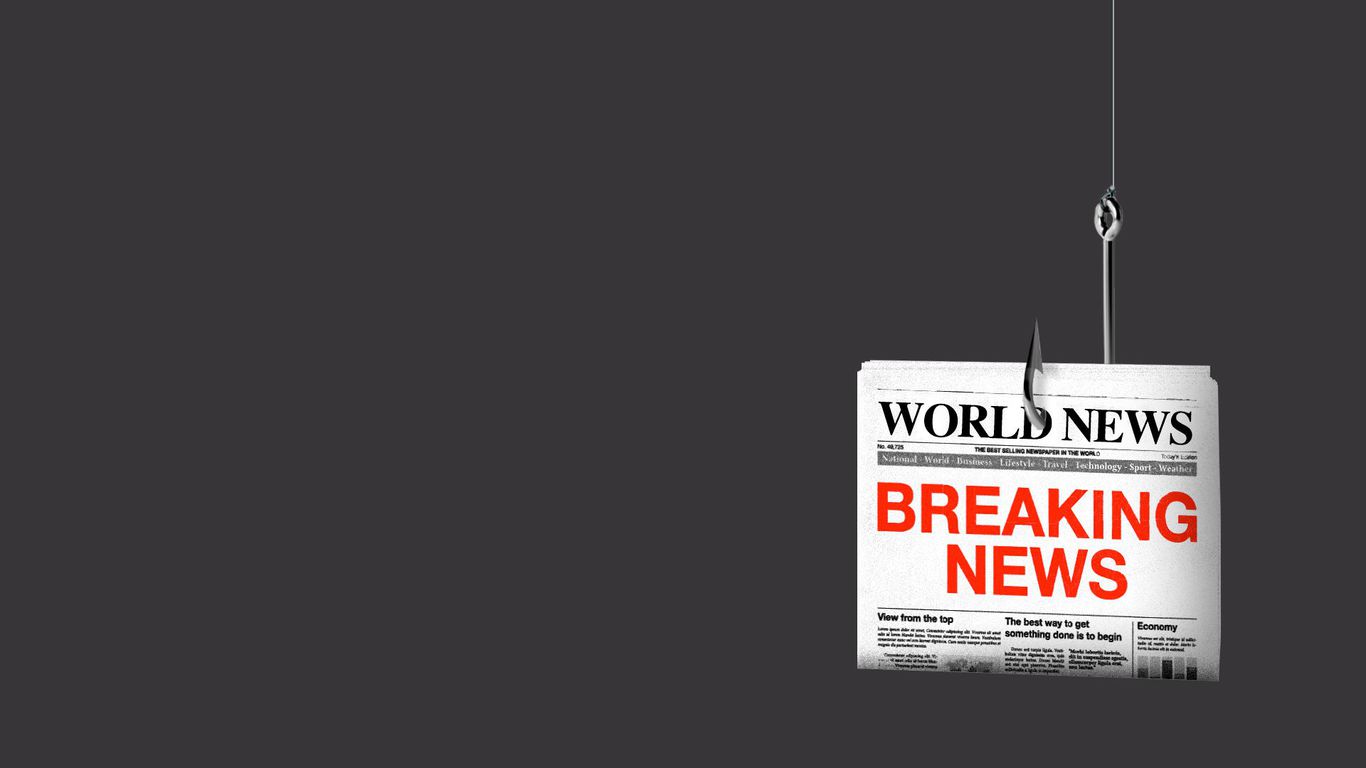 100 Saddest Movies of All Time
We and our partners use cookies on this site to improve our service, perform analytics, personalize advertising, measure advertising performance, and remember website preferences.Ok