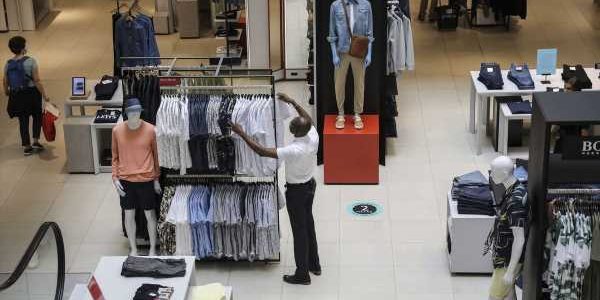 John Lewis Partnership Plc is cutting as many as 1,500 jobs at its head office as the retailer known for being the reliable choice for middle-class Britons struggles to reshape its business in a pandemic.

The owner of department store operator John Lewis and the upmarket grocer Waitrose had already previously announced 1,375 potential job losses across its business, taking the total toll to close to 2,900, or just under 4% of the workforce.

John Lewis said the latest cuts will save 50 million pounds ($65 million) a year and form part of a plan to remove 300 million pounds of costs from the partnership and return it to profit by 2025. In a further change, Patrick Lewis, the finance director, is leaving the company after 26 years. He will be replaced by Berangere Michel, who is currently in charge of customer service and was previously a finance director for John Lewis.

Fresh job losses at John Lewis are another blow to Britain’s battered retail sector, which is fighting to survive both the pandemic and a longer-term structural shift to online shopping. The Centre for Retail Research reported in September that close to 125,000 industry jobs had already been lost in the first eight months of 2020 as retailers, “many of which were not in good health before the contagion took hold,” tried to slash costs to stay afloat.

Plans for another national shutdown of non-essential shops in England for four weeks starting Thursday will put further pressure on those businesses, costing them an estimated 6.8 billion pounds in lost sales, according to Retail Economics, a consumer insights company.

Sharon White, chairman of the employee-owned John Lewis partnership, said the latest job cuts, which will take place between now and April next year, were regrettable but necessary to “create a thriving and sustainable business for the future.”

The former telecommunications regulator unveiled her strategy for reviving John Lewis last month. It focuses on investing 1 billion pounds in the digital business and shops, reducing costs and pursuing new streams of revenue, such as expanding further into financial services and converting excess space into private rented housing.

White needs to help reverse a decline in profitability so steep it already forced her to close eight out of 50 John Lewis stores and cancel annual bonuses this year. It’s the first time in more than 70 years that the more than 80,000 staff members, known as partners, will receive no payout.