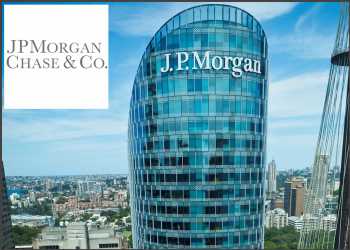 US investment bank JPMorgan Chase & Co. (JPM) reported Tuesday a profit for the second quarter that plunged 51 percent from last year, driven by significantly higher provision for credit losses for reserve builds. Both earnings per share and revenues for the quarter topped analysts’ expectations.

“We ended the quarter with massive loss-absorbing capacity – over $34 billion of credit reserves and total liquidity resources of $1.5 trillion, on top of $191 billion of CET1 capital, with significant earnings power that would allow us to absorb even more credit reserves if needed,” said Jamie Dimon, Chairman and CEO.

On average, 22 analysts polled by Thomson Reuters expected the company to report earnings of $1.04 per share for the quarter. Analysts’ estimates typically exclude special items.

The provision for credit losses soared to $10.47 billion from $1.15 billion in the prior year, driven by reserve builds which reflect further deterioration and increased uncertainty in the macroeconomic outlook as a result of the impact of COVID-19.

Total net revenue on a reported basis was $33.0 billion. On a managed basis, net revenue was $33.82 billion, up 15 percent from $29.48 billion in the previous year. Wall Street expected revenues of $30.29 billion for the quarter.