Home » Business » At least 3 dead, including gunman, in a shooting in Toronto 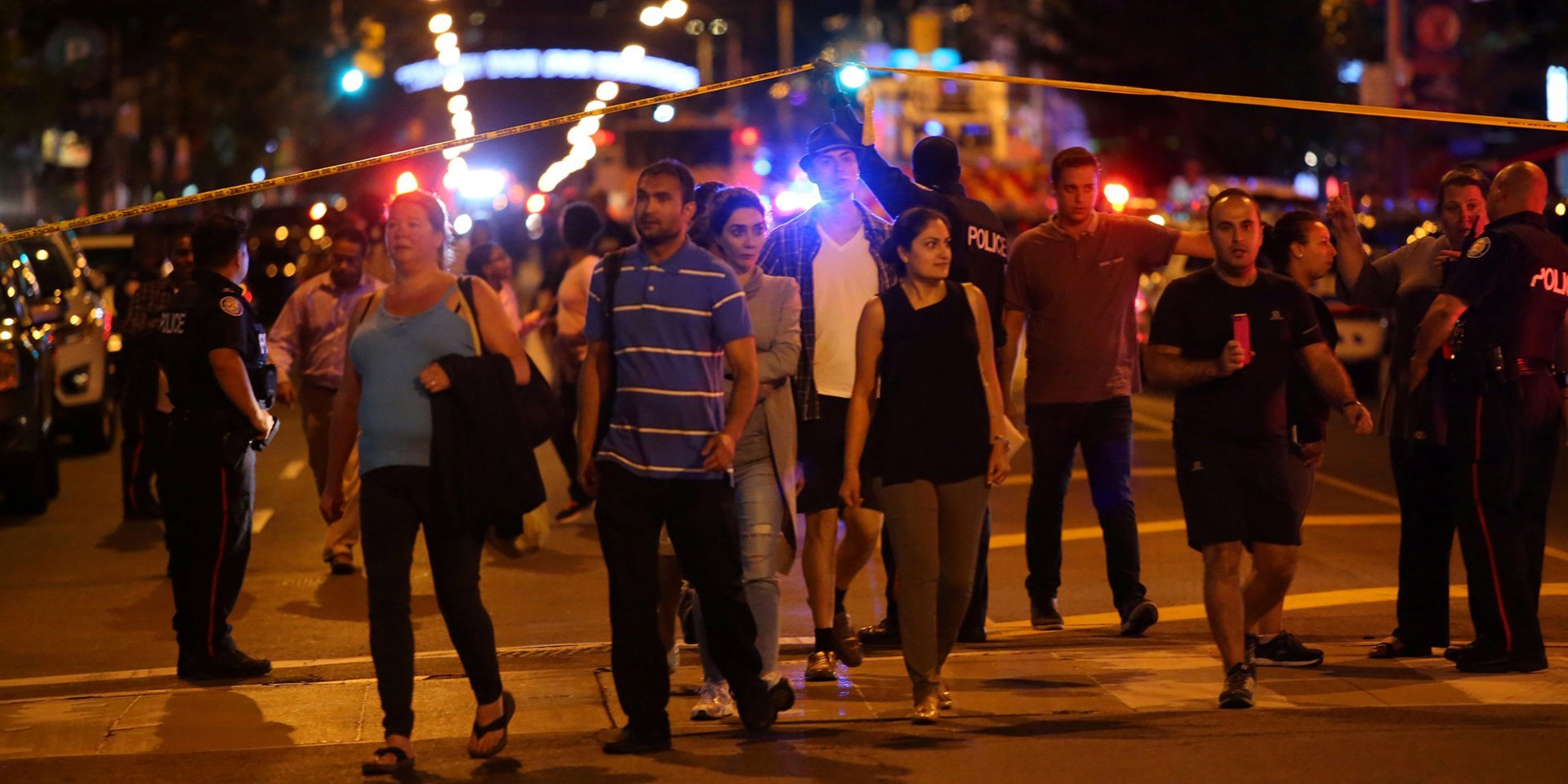 At least 3 dead, including gunman, in a shooting in Toronto 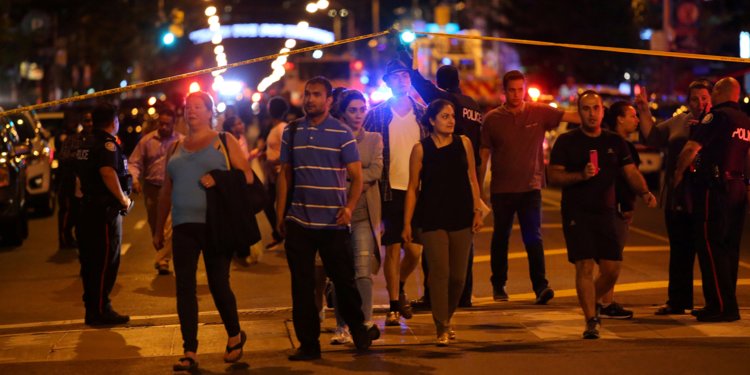 People leaving an area near the scene of a shooting in Toronto on Sunday.
REUTERS/Chris Helgren


Three people, including the suspected gunman, died in a shooting in Toronto’s Greektown neighborhood on Sunday evening that left at least 12 others injured by gunfire.

The Toronto Police Service, paramedics, and firefighters responded to the shooting near Danforth Avenue and Logan Avenue at about 10 p.m. local time. The shooting took place in Toronto’s east end, where several popular restaurants, cafés, and shops are located.

The first person to die in the attack was a woman, while the identity of the second fatality is not known. A young girl was critically wounded.

A reporter from Canada’s Global TV wrote on Twitter that victims were “spread across many blocks.”

Toronto is grappling with a sharp rise in gun violence this year. Deaths from gun violence in the city so far have risen 53%, to 26, compared with the same period last year, Reuters reported, citing police data released last week showing the number of shootings rising 13%.

Toronto deployed about 200 police officers from July 20 in response to the recent spate of shootings, which city officials have blamed on gang violence.

This is a developing story. Click here to refresh this page. Reuters contributed to this report.